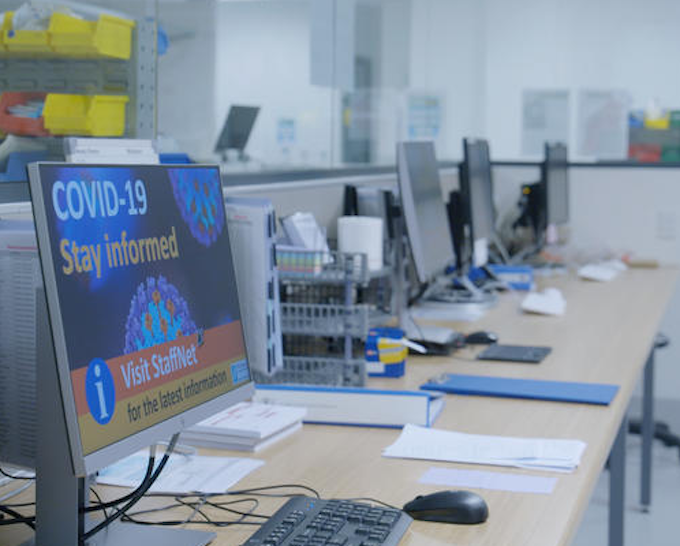 Public Health measures are restrictive ‘health’ imposts by an authority over some or all of the people subject to that authority. In most cases they are both ‘merit goods’ (having benefits which people ought to be willing to pay for), and ‘public goods’ (goods whose benefits are shared).

Quarantine may be such a measure, whereby a sub-population is cordoned off from the rest of the population. Quarantines may be ‘domestic’, whereby the quarantining authority has jurisdiction both inside and outside the cordon. Or quarantine may be inter-territorial, restricting the entry of ‘foreign’ people (or certain foreign biota) not otherwise subject to the restricting authority. A quarantine is a cordon that demarks an area from which people may not leave unless given specific permission to leave. The principal beneficiaries of quarantines are people on the outside of the cordon.

Today, from the point of view of a resident of Hamilton, New Zealand, there are two protective quarantines. People may not arrive from ‘the rest of the world’ (meaning the cordon is New Zealand’s international border), and they may not arrive from ‘Auckland’. (For both cases, we note the ‘specific permission’ proviso.) While the authorities in Hamilton cannot influence other public health in the foreign quarantine zone, Hamilton forms part of a jurisdiction – New Zealand – that can impose additional measures (eg lockdowns) upon the people in the Auckland domestic quarantine zone.

Public health measures include such things as seatbelt and helmet mandates (for cars and motorcyclists). In New Zealand there are two seatbelt mandates: the requirement for cars to have compliant seatbelts installed, and the requirement for people in cars to wear seatbelts. In both cases, these can be regarded as permanent mandates, because it is generally accepted that the benefits of these mandates do exceed their costs, and it is accepted that neither the costs nor the benefits are likely to change much.

In 1924, a residential district – populated mainly by migrants of Mexican origin – suffered an outbreak of plague. Although known as a migrant area, there was no evidence that this area was in any sense dirtier than other parts of Los Angeles; on the contrary it was arguably cleaner than a number of other suburbs.

On the basis that this was bubonic plague, an immediate domestic quarantine cordon was placed by the local authorities around the affected streets. In addition, a major rodent hunt was instigated. It turned out to be mainly the even more dangerous pneumonic plague (a human-to-human transmitted respiratory disease that is several orders of magnitude worse than delta covid), and that the rodent hunt was largely ineffective as a measure to deal with this particular public health emergency. The quarantine cordon, which was adjusted a few times as new cases emerged, proved to be extremely effective. In the end, there were about 45 cases and 40 deaths, a case fatality ratio of about 90 percent. The quarantine was lifted when there were no more cases.

Covid19: the View from Hobart, Tasmania

Further, the Tasmanian government is free to rule that – because Tasmania has imposed a quarantine, but no part of Tasmania is subject to a domestic quarantine – then there is not a problem in Tasmania which requires any local public health mandates with respect to the Covid19 pandemic. And, because Tasmania does not at present have a Covid19 problem (except for externally-sourced disruptions to its economy, and its ability to get extraterritorial Tasmanians into Tasmania), any public health measures imposed within Tasmania would be unjustified; because the benefit (zero) would be less than the cost.

New Zealand is of course free to impose a quarantine on Tasmania (ie as part of a wider extraterritorial quarantine); indeed New Zealand has indeed included Tasmania in its cordon around the rest of the world. And it may be true that the overall cost of exempting Tasmania from our cordon would be more costly than not exempting it; for New Zealand the main cost would be risk arising from a lack of trust in the independent decisions made in Hobart with respect to how Tasmania manages its ‘Bass Strait’ cordon. (We might note that if the costs of New Zealand’s policy incurred by people in Tasmania were included as policy costs, as well as the costs of an exemption to people in New Zealand, the answer about whether or not to exempt Tasmania might be different.)

In New Zealand we are seeing uninfected places being mandated to emergency public health measures, even though they do not have a public health emergency. Hamilton benefits, of course, from both the ‘rest of the world’ quarantine, and from the Auckland quarantine.

Quarantines are emergency measures by definition. There is really only one level of quarantine; it’s a binary, it’s either on or off. Within a quarantine zone, it is appropriate for an authority with jurisdiction (eg the New Zealand government) to impose other measures, and that those measures should vary depending on the severity and nature of the problem. But it is not appropriate to impose emergency public health mandates on an unquarantined and unaffected territory.

(Nationwide ‘Level 4 lockdowns’ are a special case when an authority imposes an effective quarantine on its entire self; a situation that can only be justified if there is a non-trivial chance that the whole of a ‘motu’ is infected by a pathogen that is sufficiently infectious to justify a ‘quarantine’ solution.)

It is an oxymoron to have emergency public health measures in places that do not have an emergency; and, by definition, harmful in that the costs (non-zero) must exceed the benefits (zero).

In 2018, Associate Transport Minister Julie Anne Genter initiated a road death elimination policy. Sensibly, and practically, the policy was never more than aspiration. If we were really concerned to save these lives – about 400 per year in New Zealand – the government could introduce a nationwide ‘car lockdown’ policy. They could prohibit cars from being driven on public roads. Certainly, there is an ‘abundance of caution’ argument that the benefits – mainly, but not only, lives saved – would exceed the costs. The government could introduce car lockdowns as an emergency measure (maybe triggered by an unusually bad year on the roads), and then leave them in place as a permanent measure.

Good cost-benefit ‘calculus’ is complex. More importantly, accurate cost-benefit calculus can only be done democratically. The people need to be involved – and in two ways. The first way is that people need to be asked what they like and don’t like, with the understanding that benefits (utility) and costs (disutility) are subjective (meaning that they vary from person to person), and without asking leading questions which reflect the researchers’ own likes and dislikes. The second way is that ‘revealed preference’ (especially re appetite for risk) needs to be taken account of, whereby costs and benefits are assessed from what people do (and don’t do) rather than simply what they say. In terms of both ways, the information – and methodology – needs to be ‘open-source’, subject to ongoing public evaluation and re-evaluation. Even for rapid emergency public health measures, retrospective (and democratic) evaluation of costs and benefits is required.

Important forms of potential cost are ‘unintended’ and ‘unforeseen’ adverse consequences. In the democratic cost-benefit accounting process, such possible consequences need to be explored, and concerns properly documented; this approach deals with the policymaking problem of ‘wilful blindness’. (While it can be argued that certain events and implemented policies have had some unintended and unforeseen benefits – historians may include the late-medieval Black Death (‘plague’) and the fiscal policies implemented during the Great Depression – little weight in policy discussions should be given to such possibilities.)

In Los Angeles in 1924, with its plague outbreak, neither a quarantine nor any other public health measure imposed on Beverly Hills, or San Francisco, would have done anybody any good however. That’s because these places had no known cases, and almost certainly had no unknown cases. Even San Francisco, which had had its own plague outbreak a few years earlier. Hamilton, almost certainly has no Covid19 community cases today; it deserves to have at least the same level of public health freedom that Hobart has.