ANKARA, Turkey — The United States is bound to the Middle East by interests, but Turkey shares about 800 miles of border with Syria and Iraq alone. In this geography and beyond, Turkey and the United States share the goal of defeating terrorist organizations that threaten our nations.

Daesh (or the so-called Islamic State) has been our common enemy, and the victory against the group could not have been possible without Turkey’s active contributions. Those contributions continue even though the group has been defeated militarily in both Iraq and Syria.

The Turkish military was crucial in the liberation of the northern Syrian city of Jarabulus from Daesh in 2016. Turkey detained more than 10,000 members of Daesh and Qaeda affiliates, and deported around 5,800 terrorists while denying entry to more than 4,000 suspicious travelers. Daesh has lost territorial control in Syria and Iraq, but it still retains the capacity to inflict horrors. Turkish authorities recently carried out operations against Daesh cells and damaged its efforts to reorganize.

American officials have told us that the United States wants to remain engaged and needs boots on the ground in Syria to prevent the remnants of Daesh from regrouping. But fighting Daesh cannot and should not mean that we will not fight other terrorist groups in our region that which threaten our country and the security of our citizens.

An impasse has been created between us by the United States’ choice of local partner in this war: a group that the American government itself recognizes as a terrorist organization. The so-called People’s Protection Units, or Y.P.G., is simply the outlawed Kurdistan Workers’ Party terrorist organization by another name.

The groups have adopted different names and developed convoluted structures, but that does not cloak their reality. They are led by the same cadres, train in the same camps, share organizational and military structures, and use the same propaganda tools and financial resources.

The Kurdistan Workers’ Party, or P.K.K., directs the Y.P.G., and the P.K.K.’s suicide bombers are trained in Y.P.G. camps in Syria. To our dismay, the Y.P.G./P.K.K. terrorists across our borders in Iraq and Syria are using weapons and training provided by the United States.

The weapons confiscated by our security forces from P.K.K. terrorists have also been significantly increasing in both numbers and sophistication. A NATO ally arming a terrorist organization that is attacking another NATO ally is a fundamental breach of everything that NATO stands for. It is a policy anomaly that needs to be corrected. We have no doubt that the United States will see the damage this policy is inflicting on the credibility of the NATO alliance and correct its policy by putting its allies and long-term interests first again.

American reliance on the People’s Protection Units is a self-inflicted error when the United States already has a capable partner in Turkey. Turkey, however, cannot afford to wait for eventual and inevitable course corrections. Paying lip service to understanding Turkey’s security concerns does not remove those threats and dangers.

In the recent weeks, Turkish authorities have documented an increase in threats posed by the Y.P.G. and Daesh encampments in Syria. Terrorists in the Afrin region in Syria were menacing the lives and property of both the people of the region and Turks along the border. We had to act, and so Turkey has launched Operation Olive Branch against the terrorists in Afrin.

The operation has a clear objective: to ensure the security of our borders and neutralize the terrorists in Afrin. It is carried out on the basis of international law, in accordance with our right to self-defense.

The targets are the terrorists, their shelters, their weapons and related infrastructure. The Turkish Army is acting with utmost precaution to avoid harming civilians. We have already intensified our humanitarian efforts substantially, setting up camps to help the civilians fleeing Afrin.

We are already hosting over three million Syrians, and Turkish humanitarian agencies are helping those who need our support. Turkey will continue the mission until terrorists are wiped out.

Turkey will not consent to the creation of separatist enclaves or terrorist safe havens that threaten its national security and are against the will of the Syrian people.

Turkey has already been active in every political process that seeks a solution to the quagmire in Syria. Maintaining the territorial integrity of Syria is key to the peace efforts. Clearing terrorists means opening space for peace. We strive for a future that is free of terrorist entities, imploding neighbors, wars and humanitarian calamities in our region. Turkey deserves the respect and support of the United States in this essential fight.

Grattan on Friday: Stellar first week for Anthony Albanese but tough months ahead 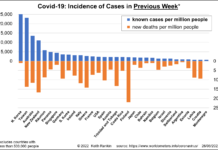 Will the latest shooting of US children finally lead to gun reform? Sadly, that’s unlikely