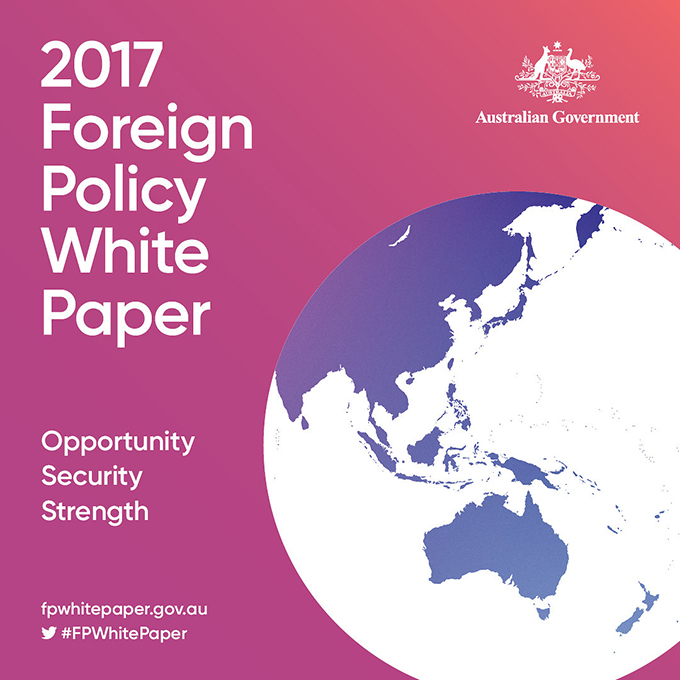 Australia’s recent Foreign Policy White Paper says that Australia’s approach in the region will focus on “helping to integrate Pacific countries in the Australian and New Zealand economies and our security institutions”. Does this mean effectively a recolonisation of parts of the Pacific?

Terence O’Brien (Money, military keys to Australian foreign policy, December 15) refers to the Australian emphasis on the need for United States/Australian co-operation “to shape order” in the Asia Pacific.

O’Brien comments that the current aberrant behaviour of the Trump administration seems to be assumed by the White Paper to be a temporary phenomenon – “essentially bumps in the road on the highway of enlightened American-led progress”.

Few in New Zealand would agree the Trump administration is likely to change its ways. Recent presidential tweets suggest a determination to plumb new depths.

Many New Zealanders are puzzled by Prime Minister Malcolm Turnbull’s avowal that Australia and the Trump Administration are “joined at the hip” for security purposes.

Now, Australia is proposing changes which would have a profound impact on our own Pacific neighbourhood and on fundamental New Zealand interests.

“Integrating” Pacific countries into Australian and New Zealand institutions: to achieve anything, this would have to involve surrender of at least some sovereignty. It would be seen by many in the region as a form of recolonisation, a modern version of the way Britain colonised Fiji, New Zealand and others in the 19th century.

Compact-style arrangements
Australian analysts suggest this integration should be achieved by establishing arrangements with Nauru, Tuvalu and Kiribati along the lines of Compacts which the United States has with its former Trust Territories in the Pacific, Palau, Micronesia and the Marshall Islands.

In return for significant aid, these Pacific countries agree to deny access to their countries for all nations except the United States. The arrangements between New Zealand and the Cook Islands and Niue have also been mentioned.

But all these arrangements were negotiated by the United States and New Zealand respectively before the Pacific countries became independent or self-governing. For them to move to a more limited form of independence would be seen by many as a step backwards towards their colonial pasts; and at a time when the focus in the Pacific is on increased self-determination for Pacific Island countries, not less.

An experienced Australian commentator, Nic Maclellan, has suggested, however, that it’s folly to believe that Pacific countries would allow Australia to set the security agenda: “That horse has already bolted”.

One of the authors of this piece knows very well Kiribati, Nauru and Tuvalu, having visited many times. They are proud of their independence and to suggest in this 21st century that that should now be qualified or restricted is simply remarkable. There would be strong opposition.

Pacific leaders have become increasingly outspoken pursuing or defending their own interests.
Prime Minister Voreqe Bainimarama of Fiji has developed his reputation for this over several years.

Prime Minister Tuilaepa Sailele Malielegaoi of Samoa, current chair of the Pacific Islands Forum, has reacted angrily to the Australian government’s criticism of Chinese aid in the Pacific (“useless buildings” and “roads to nowhere”). The Prime Minister said these comments were “insulting to Pacific island leaders”.

Diminishing influence
The Australian initiative would hasten a trend which is already diminishing Australian and New Zealand influence in the region. Pacific island perceptions that the two countries are becoming less supportive of Pacific aspirations over recent years have already resulted in a significant backlash.

Climate change is understandably given a much higher priority by island countries than by Australia and New Zealand. Trenchant positions by these two countries have prevented the Pacific Islands Forum taking positions fully reflecting island countries’ intense concern about the potentially catastrophic impact of climate change on several Forum members.

A consequence has been an emphasis on island country roles outside the Pacific Islands Forum. This has given impetus to other regional groupings and there has been much talk of this “New Pacific Diplomacy”.

Without a change by Australia and New Zealand to more responsive reactions to island countries, giving them greater agency within the Pacific Islands Forum, this longstanding regional body is likely to continue to diminish in relative importance.

The new Australian policy, aimed at securing control of aspects of foreign policy in several island countries, will be seen as another, larger, step away from support for Pacific self-determination and agency.

The case against New Zealand supporting this latest Australian move is strong:

New Zealand support for national and regional self-determination in the Pacific, or “Pacific agency” as some call it, has been fundamental to its foreign policy for decades.

Significant break
Supporting this new initiative would be a significant break with this longstanding policy and would be deeply unpopular both in the region and overseas.

New Zealand’s relationships and influence in the Pacific would suffer from such a change, affecting also our influence on security issues – ironically the proposed policy is justified on security grounds.

There is no evidence that interventions in the Pacific as proposed in the Australian Foreign Policy White Paper are actually necessary to preserve or ensure regional security, which is best served by effective collaborative diplomacy with Pacific partners.

Our Australian relationship is our most important and we should seek common policies where we can. This initiative, however, would be against fundamental New Zealand interests in our own neighbourhood. It would be a step too far.

Michael Powles, a former NZ diplomat, is a senior fellow of the Centre for Strategic Studies, Victoria University of Wellington. Dr Anna Powles is a senior lecturer at the Centre for Defence and Security Studies, Massey University, Wellington. They are currently writing a book about New Zealand’s role in the Pacific. This article was first published in The Dominion Post and has been republished by Asia Pacific Report with the permission of the authors.