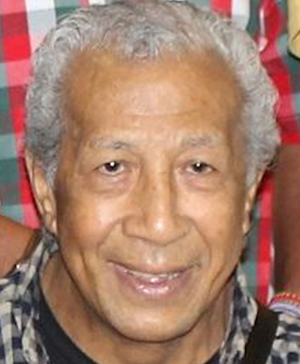 The trio covered wide-ranging topics such as the tragic death last week of Black Brother musician and political activist Andy Ayamasiba who has left a strong legacy in his adopted country Vanuatu – but never lived to see an independent West Papua.

The programme was introduced with a soundbite from the legendary song “Lik Lik Hop Tasol” (“Little Hope at All”), regarded as a sort of autobiographical lyrics about Ayamasiba’s life.

Ayamiseba was the Black Brothers band manager and founder.

The song, with its clear political imagery and simplistic evocation of strength in adversity, is clearly autobiographical. It is, arguably, the anthem which animated Ayamiseba’s lifelong pursuit of freedom,” wrote former Vanuatu Daily Post media director Dan McGarry in a tribute.

“Andy Ayamiseba aged gracefully. Encroaching frailty complemented his unassuming, soft-spoken manner, but it masked a dynamism and fervour only visible to his trusted friends and confidants.

‘Jazz-funk rebel’
“Once lit, however, that spark provided a glimpse of the man as he was, the jazz-funk rebel, walking in his exile hand in hand with equally youthful – and equally naive – leaders. Together they redefined the Melanesian identity.”

Krishnamurthi, Zhang and Dr Robie also spoke about a media controversy over a screaming New Zealand Herald banner headline, “Pandemonium”, at the weekend that was not backed up by the story – an unconvincing report about “panic buying” in supermarkets in the wake of New Zealand’s first case of coronavirus – and Prime Minister Jacinda Ardern’s visit to Fiji last week.

But the most poignant story discussed was Krishnamurthi’s own very personal account of the “frightening and challenging” time he had had recovering from a stroke more than two years ago and trying to regain his journalism career.