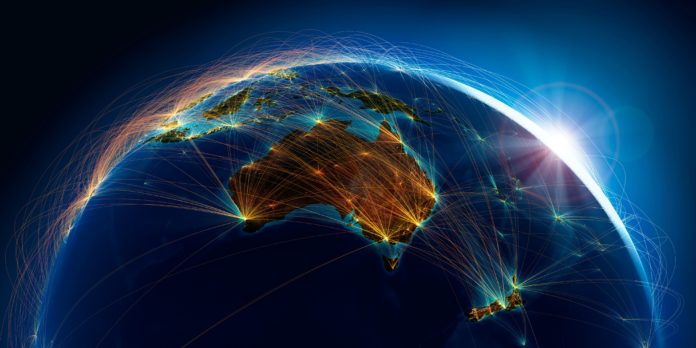 This week marks a new phase in the coronavirus crisis with the case count outside China accelerating sharply.

In the past week both President Trump and Prime Minister Morrison have prepared citizens for a rise in the onshore case count in recognition of the likelihood the virus will spread to most of the world.

Because it isn’t possible to shut down the global trade and transport system without causing a global recession, their strategy has shifted from containment to preparation.

It’ll be important to manage panic

Critical to the process is managing panic. If consumers around the world substantially reduce their spending either as a precautionary measure or in response to public health fears, the impact on businesses will be substantial.

The key economic challenge will be to stop a vicious cycle of weaker spending and job losses taking hold. Targeted government spending can help businesses at risk, although some will use it as an excuse to reset their cost base and scale down in an economic environment that was challenging even before the coronavirus.

Global share markets have fallen 10% in a week as this new phase has begun to unfold, adding to uncertainty and fear.

Rate cuts are all but certain

Countries that have the capacity to cut interest rates will do it. In the US, markets are expecting a cut at or before the next meeting of the US Fed on March 17.

In Australia, markets are expecting a cut of 0.25 points at the Reserve Bank’s board meeting on Tuesday. There is some talk of a double cut, of 0.50 points, which would bring the Reserve Bank cash rate down from 0.75% to 0.25%.

The cuts would be aimed at shoring up confidence in the economy and financial markets as much as anything else. Global rates are already low enough to provide economic stimulus. It will be up to politicians to provide the targeted measures that will be needed to help keep businesses afloat and people in jobs.

The trade and travel restrictions in place in and around China will have major ramifications. Estimates of the impact of the containment policies on Chinese growth in the first quarter of the year range from minus 2% to minus 10%, enough to obliterate growth in the world’s fastest-growing big economy.

A shocking Chinese purchasing managers’ index reading on the weekend showed a fall to a new low not reached during the global financial crisis.

Few countries are as exposed to Chinese purchasing as Australia.

Australia gets GDP figures on Wednesday for the final three months of 2019. These are likely to show the economy grew by less than 0.5% in the quarter.

Most of the impact of the bushfires and the initial impact of the coronavirus will show up in the data for the first quarter of this year. Many analysts have pencilled in a negative number.

And possibly an Australian recession

This possibility, Australia’s first recession in 29 years, will depend on how we react to the emergence of coronavirus onshore.

The initial reaction might paradoxically support measured economic growth as people stockpile supplies. The next phase would be a reduction in spending as people avoid leaving their homes. As we are seeing in China, and more recently in Korea and Italy, shopping districts can become ghost towns.

Read more: 3 ways coronavirus will affect the US economy – and 1 silver lining

It would be akin to a nationwide rise in saving, which drains consumer spending and business activity. Beyond efforts to maintain perspective and keep calm, little can be done to prevent people from willingly choosing to remain at home.

It is in this phase that government policy actions will be critical. A mild technical recession caused by an external shock would be undesirable but need not be a disaster for the community if the employment ramifications can be minimised.

Government efforts need to be directed at stopping a negative shock evolving into a self-reinforcing spiral of declining spending and lower employment.

Lower interest rates will be of very little use to start with. Governments will need to target support to those parts of the economy most under stress with the greatest risk of job losses.

The challenge will be to identify those businesses at the greatest risk of insolvency.

Read more: The growing impact of coronavirus on the global economy

The Reserve Bank board will need to follow the lead of the US Federal Reserve and at least issue a soothing statement to financial markets that it is ready to act if needed.

If it is too early to gauge the impact of this new phase of contagion of the coronavirus, it is really too early for rate cuts. And there is a risk that a rate cut this week might generate more panic and amplify the effects of any consumer and business panic already upon us.

At most, the bank can support the government. It is our leaders who will bear the biggest responsibility for steering us through what’s to come.

Read more: 2020 survey: no lift in wage growth, no lift in economic growth and no progress on unemployment in year of low expectations

– ref. We’re staring down the barrel of a technical recession as the coronavirus enters a new and dangerous phase – https://theconversation.com/were-staring-down-the-barrel-of-a-technical-recession-as-the-coronavirus-enters-a-new-and-dangerous-phase-132752