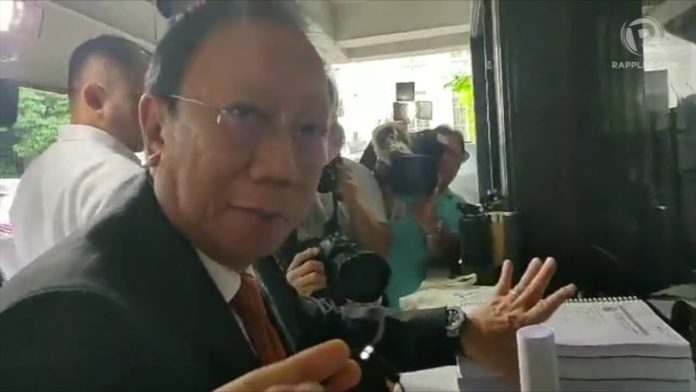 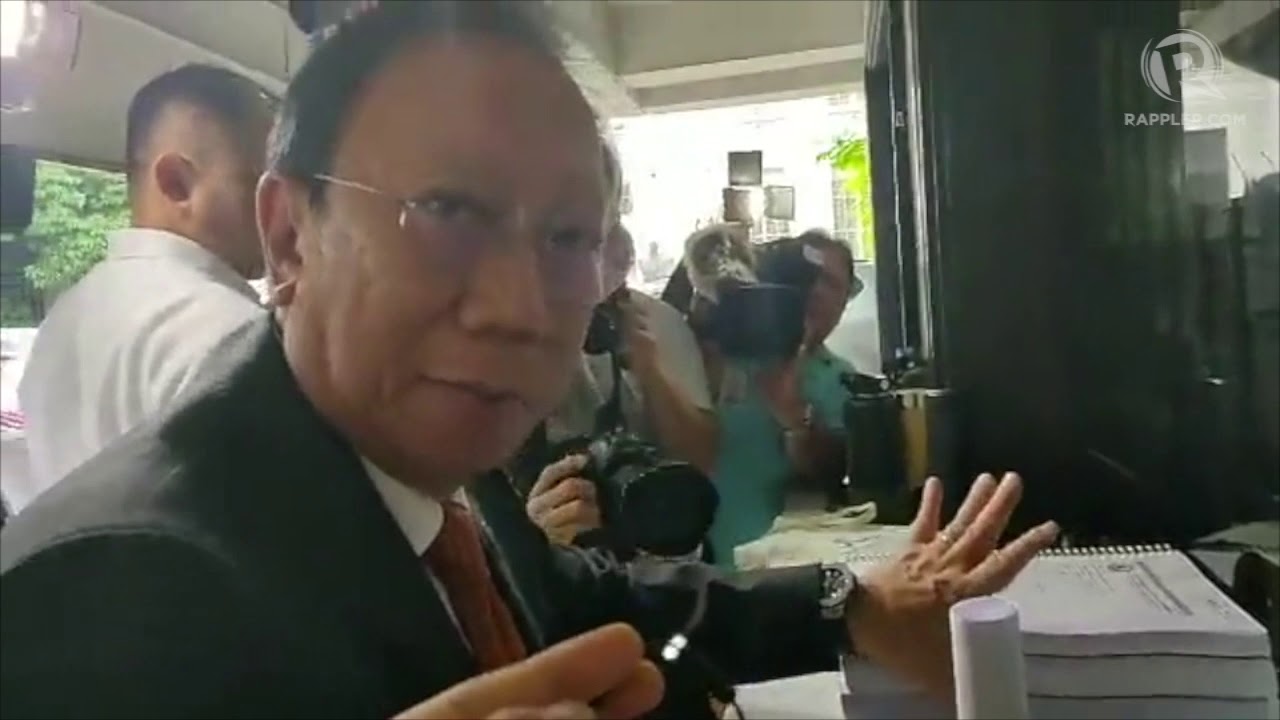 Solicitor-General Jose Calida has shocked media freedom defenders by filing a petition against the television network giant ABS-CBN barely a month before its franchise expires on March 31. Video: Rappler

The top lawyer of the Philippine government has asked the Supreme Court to void the legislative franchise of ABS-CBN Corp., accusing the country’s largest media network of engaging in “highly abusive practices”.

The same legal manoeuvre was successfully used by Calida to question the appointment of Chief Justice Maria Lourdes Sereno, who was unseated by her fellow Supreme Court judges in 2018 for allegedly making incomplete disclosures of her wealth.

“We want to put an end to what we discovered to be highly abusive practices of ABS-CBN benefiting a greedy few at the expense of millions of its loyal subscribers. These practices have gone unnoticed or were disregarded for years,” Calida claimed in a statement.

“The legislative franchises of ABS-CBN Corporation and its subsidiary, ABS-CBN Convergence, Inc. must be revoked,” said Calida.

‘Special privilege’
“A franchise is a special privilege granted by the state, and should be restricted only to entities which faithfully adhere to our Constitution.”

The Latin term quo warranto means “by what warrant” and is defined by Rule 66 of the Philippine Rules of Civil Procedure as “an action for the usurpation of a public office, position or franchise.”

It is thus questionable whether the solicitor-general can question ABS-CBN’s franchise for alleged abuses committed after Congress gave it a valid franchise.

The petition was filed a month before ABS-CBN’s 25-year legislative franchise expires. Ten lawmakers have filed separate bills to renew the franchise, despite Duterte’s repeated threats to scrap it.

Duterte claims ABS-CBN refused to air a campaign advertisement that was his response to an attack ad sponsored by a staunch critic, ex-senator Antonio Trillanes IV, who has been charged with sedition.

In December, Duterte called ABS-CBN the mouthpiece of oligarchs and his political opponents, and told its owners, the Lopez family, to sell it.

This month, another Duterte target, the Zobel de Ayala family, was forced to sell part of Manila Water Co. after the president questioned its water concession deal.

‘Did not violate law’
ABS-CBN said in a statement: “We reiterate that everything we do is in accordance with the law. We did not violate the law. This case appears to be an attempt to deprive Filipinos of the services of ABS-CBN.”

The TV network said it had obtained the “necessary government and regulatory approvals,” and that its PDRs were approved by the Securities and Exchange Commission and the Philippine Stock Exchange.

The National Union of Journalists of the Philippines (NUJP) condemned the petition.

“We must not allow the vindictiveness of one man, no matter how powerful, to run roughshod over the constitutionally guaranteed freedoms of the press and of expression, and the people’s right to know,” it said.

“This [Calida’s petition] proves without a doubt that this government is hellbent on using all its powers to shut down the broadcast network whose franchise renewal, now pending in Congress, President Rodrigo Duterte has personally vowed to block,” it added.

NUJP also criticised Calida for “boorish” behaviour. At the Supreme Court grounds, Calida took an ABS-CBN reporter, who was asking for a copy of the solicitor-general’s press release, to task for his critical reporting.

Calida told the reporter, Mike Navallo, a lawyer, to practise law instead and meet him in court. Navallo responded: “I was just doing my job.”

‘Pleasing his master’
“By bringing ABS-CBN to court, Solicitor-General Jose Calida reminded us of the reason he remains in his position despite his office’s miserable backlog: he has no qualms spending public funds to please his master,” the news website said.

“We reiterate that PDRs are financial instruments used by media entities to allow foreign investments without violating the constitutional rule that media companies should be 100 percent Filipino-owned. PDRs are a common, lawful practice, and their legality has been upheld by the [Supreme Court],” it said.

Critics have accused of Duterte singling out ABS-CBN, whose coverage of his bloody drug war he has often criticised.

In 2017, he signed a new 25-year franchise for ABS-CBN’s rival, GMA Network Inc. Last year, he allowed the legislative franchises of TV5 network, the Catholic Bishops’ Conference of the Philippines and other broadcast outfits to lapse into law.

Under the Philippine constitution, a bill lapses into law if the president does not sign or veto it in 30 days.