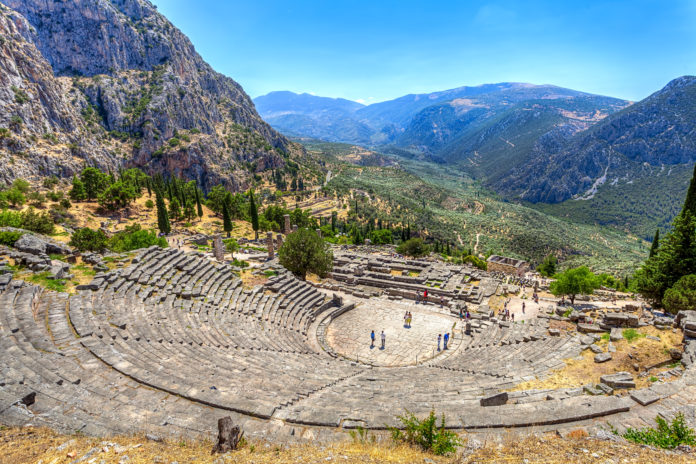 Source: The Conversation (Au and NZ) – By Elodie Paillard, Honorary Associate, Department of Classics and Ancient History, University of Sydney

Many will be familiar with the looming presence of Oedipus or Antigone in Classical Greek tragedy. But how many remember the so-called secondary characters (nurses, soldiers, pedagogues) with whom the great heroes of the past appeared on stage?

“Minor” characters of 5th century BC works have an important role in encouraging audience reflection.

Recent research has taken an interest in these roles. They reflect the reality of life for non-elite members of society — pinpointing biases and encouraging the less-privileged to defend themselves against prejudice.

Likewise, in modern theatre or Hollywood blockbusters, secondary characters often represent the unconscious biases of contemporary society, and are increasingly used as ways to denounce those biases.

We don’t need another hero

Classical scholars have historically been preoccupied with the study of heroes like Ajax and Oedipus, or characters belonging to mythological royal families, like Antigone or Creon.

For scholars who usually belonged to the social elite, only mythological heroes and elite citizens deserved to be studied.

More recently, with the opening of the field of Classical studies to more diverse students and scholars, a shift away from this restricted view of the past has taken place.

Recent studies have examined poverty in ancient societies and brought together literature, inscriptions, and archaeological evidence to examine expression among non-elites in Athens.

Scholars now acknowledge the ancient audiences of these works were more diverse than previously assumed and included spectators from lower socio-political backgrounds.

Suddenly, it makes sense to pay more attention to the minor, non-elite, characters onstage in Athenian theatres. Anonymous characters take on new significance with this frame. My book on Sophocles’ non-elite characters is part of this effort.

Our access to what was performed on stage in Classical Athens is limited. Among the hundreds of tragedies composed and performed at the time, only about 30 complete plays have survived, authored by the three great tragic poets of the 5th century BC: Aeschylus, Sophocles, and Euripides.

The secondary characters in these surviving plays are much more than literary tools used to tell the audience about events that happened off stage. Many of them interact with the principal characters and try to influence the action.

Interestingly, non-elite figures are staged as much more active and efficacious in the later plays than in early ones. This phenomenon can be linked to the growing socio-political importance of non-elite citizens at the time they were written.

With the reinforcement of democracy in the second half of the 5th century BC, an increasing number of citizens from lower social status began to actively participate in the political life of their city. Socrates, in Xenophon’s Memorabilia, trying to encourage someone to speak in the political assembly of citizens, tells him that there is nothing to fear, because the assembly is now (at the beginning of the 4th century) full of fullers, cobblers, builders, smiths, farmers, and merchants. While the remark may be comic, a progression towards a widening participation of lower-status citizens by the end of the 5th century is clear.

When members of the audience saw that someone of a similar socio-political background to them was able to express their opinion even among people of a superior social status, their own political practice was encouraged. Their place within democracy was reinforced.

A good example of this dynamic is the guard in Sophocles’ play Antigone. When he arrives on stage for the first time, he addresses the king (Creon) in a clumsy way, as if he does not know how to speak in public or to someone who is higher on the social ladder. The king has a bullying attitude towards him, treating him almost as a slave.

When the same character returns in the second part of the play, he brings along Antigone (caught burying her brother, against the orders of the king), thus proving himself useful. This time, he not only succeeds in speaking clearly to Creon, but wins a debate between them.

By showing a simple guard as receiving a higher status by acquiring the ability to speak well and defend his opinions, the play encouraged non-elite spectators to do the same in their daily lives.

In dramatic terms, this character is the basis for a classic Hollywood trope: the underling who finds their power. See: The Devil wears Prada, Working Girl or darker versions in Swimming with Sharks and the upcoming The Assistant.

Although the conventions of modern theatre are different from those of Classical Greek theatre, it is worth paying attention to the way secondary characters are staged today.

Scholars note that translating Greek Tragedy to the modern stage is not just about the relationship between the text and the director but also the cultural context. Canadian film Antigone last year offered the story as a snapshot of the refugee crisis.

Re-stagings of Classical drama sometimes still use ancient secondary characters as a way of sending a message to the modern audience. A good example is the way in which the war captive is treated in the 2004 staging of Martin Crimp’s Cruel and Tender directed by Luc Bondy (inspired by Sophocles’ Women of Trachis). By showing her as seductive and manipulative, the play encourages the audience to reflect on some modern prejudices.

In 2015, Adena Jacobs restaged Euripides’ The Bacchae for the Melbourne Festival, with teenage girls driving the action rather than men relating events.

So, next time you go to the theatre, whether to watch a contemporary play or one inspired by the Classics, pay attention to the secondary figures on the stage: they might teach you something about society or even encourage you to think more deeply about the difference each one of us can make.

– ref. As Fates would have it – what we learn from minor players in Greek tragedies and Hollywood films – https://theconversation.com/as-fates-would-have-it-what-we-learn-from-minor-players-in-greek-tragedies-and-hollywood-films-124155