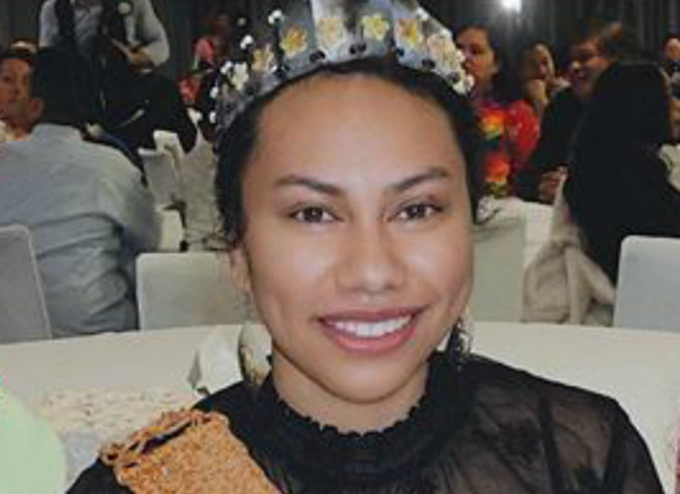 Tonga’s tourist authorities will wipe the former Miss Heilala, Kalo Funganitao, from the records in retaliation for her speech at this year’s crowning ceremony.

The committee’s decision comes a day after the Heilala Festival Committee and the Tonga Tourist Association issued a statement acknowledging Funganitao’s work in promoting Tonga during the past year.

Funganitao spoke out during the crowning ceremony about how she had been bullied since being crowned and what she said was the lack of support over the issue.

As Kaniva News reported earlier this week, the committee said they did not condone any form of bullying.

The Tonga Tourist Association Executive Committee said yesterday Funganitao had not fulfilled the requirements of her position and all records of her reign would be removed.

“It is regrettable that as an ambassador of Tonga Miss Funganitao has not fulfilled her duties and obligations,” the committee said in a statement.

The committee said Miss Funganitao voluntarily gave up her crown and sash when she placed them on the podium and walked off the stage during the final night of the competition.

She did not crown her successor on the night

End pageants
Funganitao’s speech and the furore following it has become a global story, with The Guardian newspaper reporting yesterday:“Tonga is in uproar after its annual beauty pageant was marred by accusations of bullying, backstabbing and racism, prompting calls by women’s rights leaders for the pageant industry to be abandoned altogether.”

She said it highlighted a wider issue with people in power trying to cope with young women.

“There’s a power struggle and there’s a cry from this young woman to be heard. I think beauty pageants have had their day.”

Philip Cass is an editorial adviser for Kaniva Tonga and a research associate of the Pacific Media Centre.