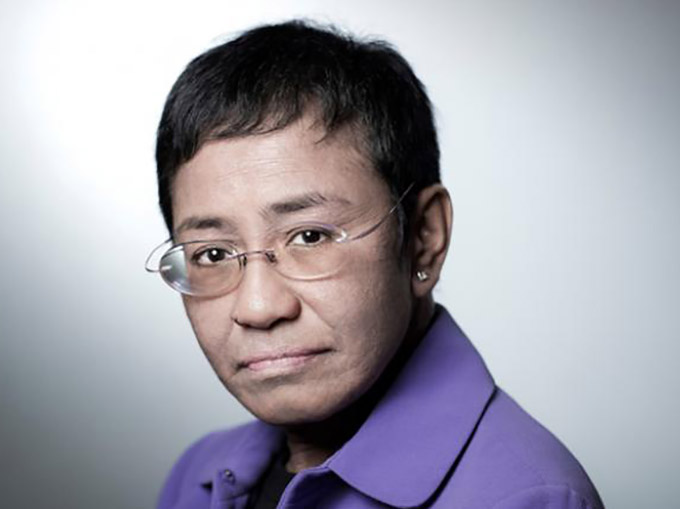 Reporters Without Borders has condemned the tax evasion charges that the Philippine Department of Justice  is bringing against the independent news website Rappler and its president, journalist Maria Ressa.

It has called for an end to this blatant judicial harassment.

Rappler and Maria Ressa are to be accused of tax evasion and failure to file tax returns in 2015, according to the indictment announced by the DOJ on November 9 and due to be filed in court this week, RSF (Reprters Without Borders) said in a statement. 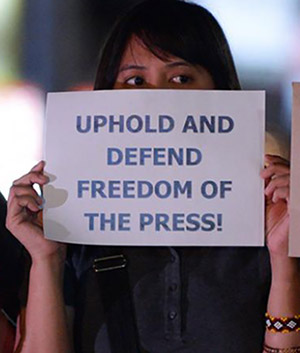 Ressa could be facing up to 10 years in prison under section 255 of the tax code.

This is the first time that Ressa is being personally prosecuted in the war that President Rodrigo Duterte’s administration has been waging against her and against the country’s leading independent news website.

The announcement came amid yet another sign of international recognition for Ressa in Paris during the weekend, when 12 heads of state and government undertook to take action in defence of “information and democracy” on the basis of the declaration drafted by an international panel created at RSF’s initiative, of which she is one of the 25 members.

“These crude ploys that the Philippine authorities are using against Rappler could be dismissed as bordering on the absurd if it were not for the serious threat they pose to this symbol of press freedom,” said Daniel Bastard, head of RSF’s Asia-Pacific desk.

“This harassment is clearly designed to bring down a media outlet that dares to provide investigative coverage of President Duterte’s policies.

‘Persecution unacceptable’
“The government regards its founder, Maria Ressa, as someone to be crushed because of her determined defence of the freedom to inform. This persecution is unacceptable and must stop.”

The DOJ bases the indictment on the Philippine Depositary Receipts (PDRs) that Rappler Holding Corporation, the company that owns the website, issued in 2015 in order to raise international funding.

The indictment claims that Rappler gained 162.4 million pesos [2.7 million euros] from the transaction, which it failed to declare in its tax return. In reality, the PDRs were just a fund-raising mechanism, with no transaction and no profit.

The Securities and Exchange Commission announced in January that it was revoking Rappler’s licence on the grounds that it had violated a ban on foreign ownership of media outlets, spuriously claiming that, by issuing PDRs to raise funds, it had sold some of its stock to foreign investors.

RSF immediately referred this unacceptable attack on media independence to the United Nations, UNESCO and the Association of Southeast Asian Nations (ASEAN).

In response to Rappler’s appeal against the summary revocation of its licence, a court ruled in July that the website should be allowed “reasonable time” to resolve any dispute about its financial structure.

The Rappler reporter assigned to covering the Malacañang presidential palace was meanwhile denied entry to the palace in February on Duterte’s personal orders.

And in March, the authorities announced that they were reviving a previously dismissed defamation action as well as preparing a tax evasion complaint.