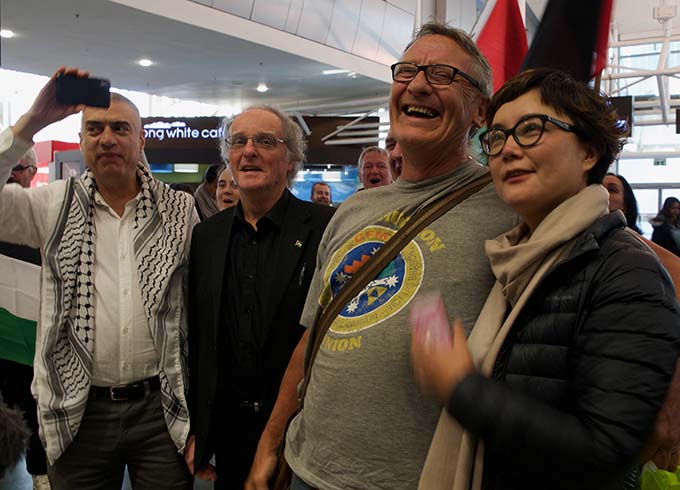 Unite Union national director Mike Treen arrived in Auckland today and told of his brutal experience at the hands of the Israeli military while trying to break Israel’s 11-year-long illegal Gaza blockade.

But he vowed he would do the whole voyage again “if it was useful” to the humanitarian cause – even after being badly mistreated by the the Israeli security forces.

The Israeli Navy “hijacked” Treen’s boat Al Awda (The Return) and seized all 22 people on board, just 40 miles nautical miles from Gaza.

“Israeli navy hijacked the ship by force, and multiple uses of tasers on me and other crew, for trying to peacefully resist,” he said.

His boat was hijacked by armed and masked Israeli soldiers in international waters.

“We weren’t forcefully trying to resist them,” Treen said. “We wanted to make clear that they had no right to take our boat. This was an unlawful act – we were in an international waters, we had the right to free passage.”

Threatened the captain
But the Israelis not only forced their way onto the boat, tasering and beating people, they also threatened to kill the captain, “simply threatened to execute him if he did not pilot the ship towards Israel,” Treen said.

Treen himself was tasered four times on his face and head area, was stomped on his foot, and left with bruises all over his body.

After the brutal treatment, he was taken to an Israeli prison and detained for five days.

During his detention, Treen was interrogated by Israeli officers and also by a New Zealand honorary consular official based in Israel, Gad Propper.

“The New Zealand consulate based in Israel in every minute acted as an agent of the Israeli state not of the New Zealand government,” Treen said.

He was not interviewed alone. The consul “interviewed me with police and security officials in the room and when he asked me about the taser mark on my face, he [Gad Propper] then immediately implied that it was somehow my fault”.

When Treen told the interviewers that his belongings, including his wallet had been stolen, Gad Propper had said “it was an exaggeration and they [Israeli soldiers] surely wouldn’t do that”.

Treen was deported back to Auckland emptyhanded with an empty wallet and with most of his money having been stolen. 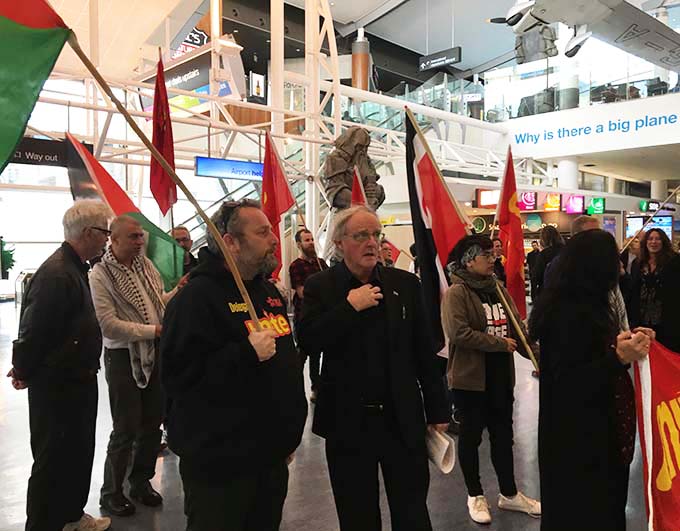