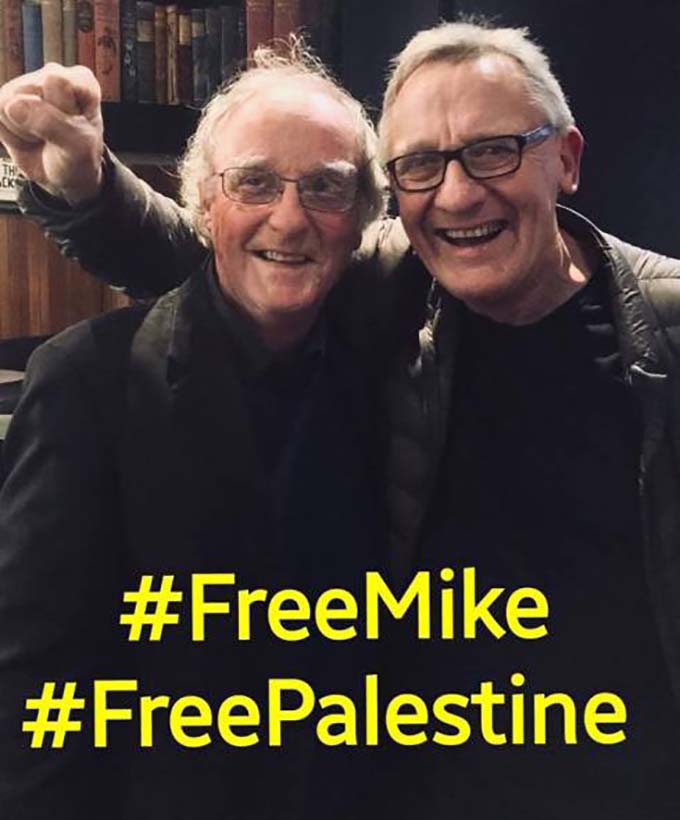 Unite union leader Mike Treen, seized and detained by Israeli security forces last weekend along with other human rights campaigners bound for Gaza on board the fishing boat Al Awda, is on his way to Auckland.

Although his laptop computer and cellphone had been confiscated by the authorities, Treen managed to text friends in Auckland from Hongkong airport after being deported by Israel.

Due back at Auckland Airport about midday today, he said in his brief message last night:

“Hi all – I have only a few minutes access right now. I have just arrived at Hong Kong Airport after deportation.

“They stole almost everything I had except my wallet – less most of the money. Now [I] have no phone, computer etc. I am using another deportee’s laptop.

“He was a journalist and treated a bit better. I arrive home on Cathay Pacific at 11.50am tomorrow.

“Roughed up a bit, tasred (sic) a few times, had my foot stomped on, but we gave them a bit of a message as well.

“See you soon. A few stories to tell.”

‘Brave challenge’
Kia Ora Gaza spokesman Roger Fowler said in a statement on the humanitarian organisation’s website that Treen was a highly respected human rights defender and the national director of the Unite union.

“Facilitated by Kia Ora Gaza and supported by his union, the CTU, and many hundreds of generous New Zealanders, Mike joined dozens of other prominent human rights activists from around the world on the 2018 international Freedom Flotilla, to bravely challenge Israel’s illegal and inhumane 11-year blockade of the two million Palestinians confined in the tiny Gaza Strip,” he said.

The leading boat, the Al Awda, had been “unlawfully hijacked” and boarded in international waters by armed and masked Israeli soldiers last Sunday.

“Mike and others were bashed, tasered, tightly handcuffed and roughly manhandled off the boat during this blatantly illegal act of piracy on the high seas,” Fowler said.

“All communications were cut, and the boat was forced off it’s course to a port in Israel, where the crew and passengers have been unlawfully detained and interrogated for several days, before being deported.”

Aid confiscated
The boat and cargo of essential medical supplies worth $15,000 destined for Gaza had been illegally seized.

All equipment and belongings have been confiscated.

“Most of Mike’s belongings have been stolen by his captors, including a sum of money,” Fowler said.

Fowler criticised Foreign Minister Winston Peters for failing to take a stand or make a public comment on this “outrageous attack on peaceful citizens” on a humanitarian mission in international waters.

Peters said in a letter to Kia Ora Gaza: “Decisions taken by this government on New Zealand support for particular initiatives and resolutions relating to Israel/Palestinian issues are considered carefully, with all necessary consultation having been carried out.

“In all cases, the government remains committed to supporting a two state solution to the Israeli-Palestinian conflict.”

He said New Zealanders were “advised against all travel to Gaza”.

The Pacific Media Centre has a content sharing arrangement with Kia Ora Gaza.