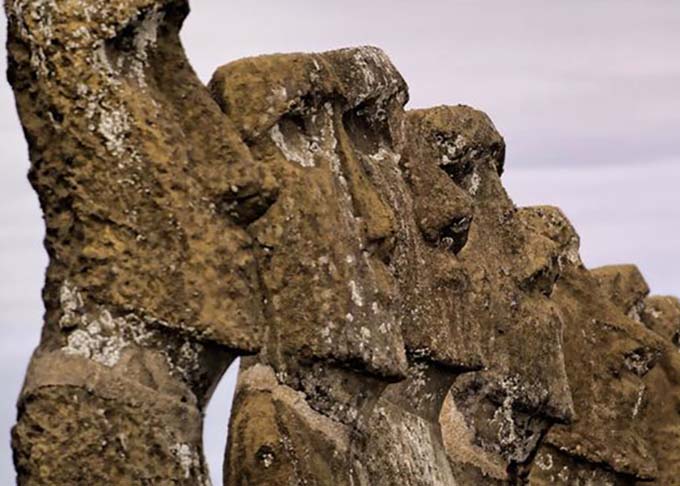 Non-Rapa Nui Chileans now need to have Rapa Nui spouses or children to migrate to the island without a work contract.

The activist, Santi Hitorangi, said the rule requiring a contract has previously been flouted.

“The authorities are saying that once in action there’s going to be rigorous enforcement. So far we haven’t experienced that.

“What we have experienced is the ability of the Chilean authority in collusion with business people on the island, be it Rapa Nui or Chileans, they are keen to find creative ways to jump over those so called provisions.”

“The Chileans who come from the marginalised neighbourhoods of Chile and have brought crime, degenerating the culture. They are doing taxi tours and the problem with that is the information they give to those tourists. They are a warped perspective of who we are,” Hitorangi said.

Rapa Nui, also known as Easter Island, had become overcrowded during 130 years of colonial rule and its environment was suffering with the water no longer being safe to drink, the activist said.

“Many of the underground wells are polluted because as long as we have had Chile on the island the waste has been dug in pits, plastics, chemicals what have you all covered over with dirt,” he said.