In this second of three articles from Noumea, Dr Lee Duffield learns about multicultural New Caledonia and the events that led to their referendum on independence due on November 4.

What is the shape of decolonisation in the present time, now long after the rush to independence that went on in countries around the world from 1960 to 1980?

Who will be there on November 4 and how did they come to the point where they will be voting together on a still uncertain future?

New Caledonia: What next? Part 2 of Lee Duffield’s series


The thoughts of three best-informed persons are consulted here to provide answers – an historian, a lawyer and a leader in the indigenous Kanak community.

History of troubles and reforms
Luc Steinmetz, the historian and jurist has made detailed studies of the territory’s contested, sometimes blood-stained story.

He gave a recent long interview analysing the progression of different laws made in Paris for ruling the territory to the Noumea newspaper Les Nouvelles Caledoniennes.

It traces repeated changes, following the swinging interests of French governments, left-wing or right-wing, with one main event – a new law in 1963 transferring power back from a local elected government to French administration – that set off a period of conflict. 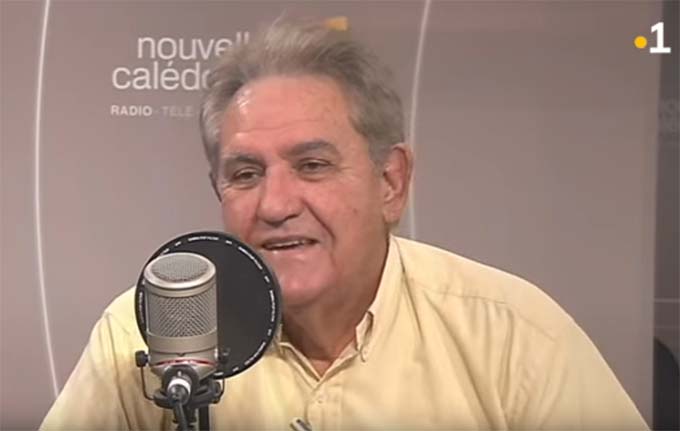 Historian Luc Steinmetz … France “did not want to provide loudspeakers to voices that would be too critical.” Image: France TV 1

Nuclear testing – political trouble in New Caledonia
That was done after France having “lost” Algeria decided to move its nuclear testing programme to the Pacific, and, says Steinmetz, it “did not want to provide loud speakers to voices that would be too critical.”

While the nuclear decision generated trouble and harm all over the Asia-Pacific, many historians also saw the taking-back-of-powers as the beginning of campaigns by Kanaks in New Caledonia for “revendication” – give us back our land.

Optimistic beginnings
The story had begun optimistically in 1958 with the conversion of New Caledonia from a colony to a partly-autonomous territory immediately after the Second World War. New Caledonia and its people had supported General Charles de Gaulle and the Allies against the Japanese.

It got an elected governing Council, including local ministers — and for the first time allocation of French citizenship to the Kanak population.

Kanaks were a majority then, and most of their leadership did not show much interest in independence at the time being achieved by former colonies in Africa.

In this analysis the change in 1963, reducing the elected Council to consultative status only, produced bad blood, and despite later changes back towards autonomy, it came to violence during elections held in 1984, after an “active boycott” by the Kanak political alliance, the FLNKS.

Insurrection and reforms
That was the time of an insurrectionist movement; the “outside” population from France had grown and received the vote, beginning to outnumber the local Kanaks, and in 1988 the tragic conflict on Ouvea Island saw the deaths of six police and 19 pro-independence militants.

The following reforms – the Matignon and Noumea agreements –which set up the referendum process, included creation of “custom” territories for Kanak tribal groups and the present elected system of government.

Futures
The historian judges the present system to be the best ever tried. He suggests that if the referendum supports staying with France, it could be improved with more revenue and power shifted from the Noumea government to the three provinces, and a possible new federal constitution.

A move to full independence with changing elected governments would need guarantees of stability and individual rights, against the risk of break-down, such as the military takeovers in Fiji. 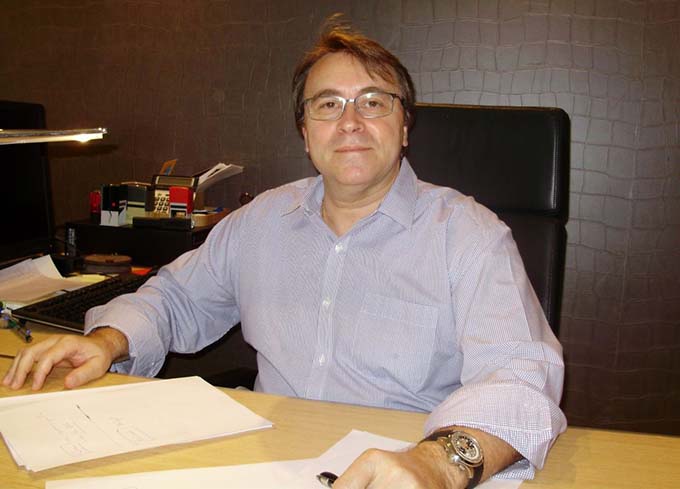 Two cultures, two systems and the land
Philippe Bernigaud is a French lawyer from Burgundy, aged 50, who has lived in Noumea for 17 years and represents indigenous Kanak groups negotiating over land.

Like at least three other long-term residents consulted for this inquiry, he cannot vote, under provisions of the Accords restraining the number of French electors not in residence before 1988 – but he avers that the law was made clear at the time he moved there and so cannot complain.

Identity and land rights under the law
He explains a system with two distinct sets of official identity for persons (Kanak and others), and a strategic, strict land rights law for indigenous communities.

Kanak citizens have full rights and obligations under French law but also have an official “Custom” status, and can share in owning land zoned as “Reserve” property.

There are extensive Reserve lands, in the case of Northern province covering probably more than half the territory, which can only be held jointly by a tribe or clan, not individually, and cannot be mortgaged, subdivided or sold.

“When village owners have wanted to develop their land, and bring in outside investors, we have had to be creative”, Bernigaud said this week.

Working on cases
“For example in a district called Bako it was possible to enable investment in buildings for a shopping centre, for a set time, but not to buy or even lease the land underneath.”

A process has also been going on, the “revendication”, where tribal groups can get back land taken up by settlers, to make it a Reserve.

When there is an application to sell Private land, the lawyers are obliged to report it, a state agency called ADRAF may investigate and determine there is a case for returning it to custom ownership, and so it will exercise a priority right to make the purchase, and hand it to a claimant tribe, at no cost to them.

Bernigaud said such acts, now not too frequent, became important during a time of crisis.

“Especially in the East Coast region, around 1988, when New Caledonia was close to civil war, a lot of settlers left their land and it was handed back”, he said.

One ‘big day’
He had worked on a large claim, for half of one valley, three years ago, where under French law he was required to hold a meeting with owners to explain the transaction.

“This became a big day”, he recalled.

“I was in front of hundreds of people, with heads of the provincial government, there was music, dancing and a custom welcome, a big meal, and special symbols were brought out.

“Every participant had to plant a tree on the land and I had my tree.

“The chief explained why I had intervened, and I was given an honorary membership in that Tribu.

“It was a great memory.”

Marriages, births and deaths
He outlines other aspects of enforceable traditional law that applies to Kanaks as persons with Custom status.

Identity is with the tribe or clan, an individual does not exist under this system. In marriage, all property acquired after the wedding must be jointly owned by the couple, nothing separate. In death, the tribal group decides who will benefit from the estate, a provision causing difficulty now in the case of mixed couples with a “non-custom” partner or others wanting to act individually to give something to their own children. A recent law is being tested, which aims to provide some priority rights to spouses and children in such cases.

Future times
Bernigaud believes coexistence is possible under provisions like the 1988 Matignon Accord where the Kanak and settler communities recognised each other’s right to be in New Caledonia and agreed to live together.

If there was full independence, the laws would probably change only slowly, but both communities could endure hardship at the level of day-to-day life, for a long time, as investment and French government funding was withdrawn.

“For example you might pay double for the internet, and in an accident there would be no helicopter to take you to a beautiful hospital,” he says.

“Being prepared might have needed more than the 30 years at first thought, in 1988, but after some hard years people may succeed through working together.”

The experience might be seen differently, he says, in Kanak communities, where younger people – who would “watch Disney channel in the Tribu” and use modern audio-visuals in school – were becoming more “occidental” than their elders, but where a priority in life continued to be belonging to your land and having ownership there. 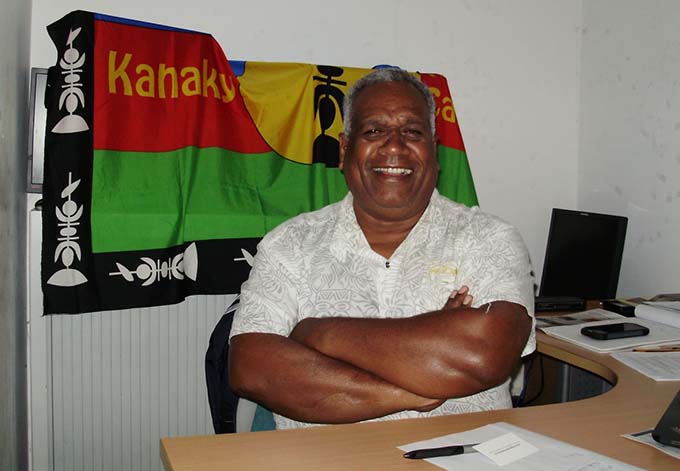 Kanak community leader and Radio Djiido coordinator Andre Qaeze Ihnim … sharing is key to the Melanesian way of life and is the main argument of the Kanak political organisation, the Kanak and Socialist National Liberation Front – FLNKS. Image: Lee Duffield

Sharing as a way of life
Andre Qaeze Ihnim confirms that sharing is key to the Melanesian way of life and is the main argument of the Kanak political organisation, the Kanak and Socialist National Liberation Front – FLNKS.

A leader in the Kanak community and coordinator of the famed indépendentiste media outlet Radio Djiido, he says the community has been maintaining a traditional way of life while also in transition to modern practices.

“We have been following the route laid out when our leaders signed the documents in 1988, as a kind of guideline to go on to sovereignty and independence”, he says.

‘We are ready … we are not against them’
“We recognised the differences between ideology and reality, and have spent 30 years getting experience in managing the country — and showing that now we are ready.

“That is our understanding of what our leaders signed on to.

“You know that French interests want to maintain the status quo; we can understand that, and we want to explain that we are not against them — we just ask that now we can do things together.

“We can share and we can manage it together.”

Qaeze says the idea of sharing is in step with the Melanesian way of life and can include sharing with other French people.

‘Importance of the human being’
In terms of spending and wealth, his movement demanded more priority be given to public welfare – better access to work, health care and education, where there was still “not enough sharing”.

“The most important things is the human being”, he said.

“With not even 300,000 people, we are a small society and cannot do things like a big society; we have provided the country, the land, French people have brought technology and expertise, and we must cooperate. “

A main part of identity for Kanak people also was to be part of the Melanesian society throughout Oceania, to share culture and work on equal terms with neighbours, in Vanuatu, Solomon Islands, Fiji or Papua New Guinea, and Australia and New Zealand.

Dr Lee Duffield is an independent Australian journalist and media academic. He is also a research associate of the Pacific Media Centre and on the Pacific Journalism Review editorial board. This second article in his series was first published by EU Australia, and the final article will be published by Asia Pacific Report tomorrow.