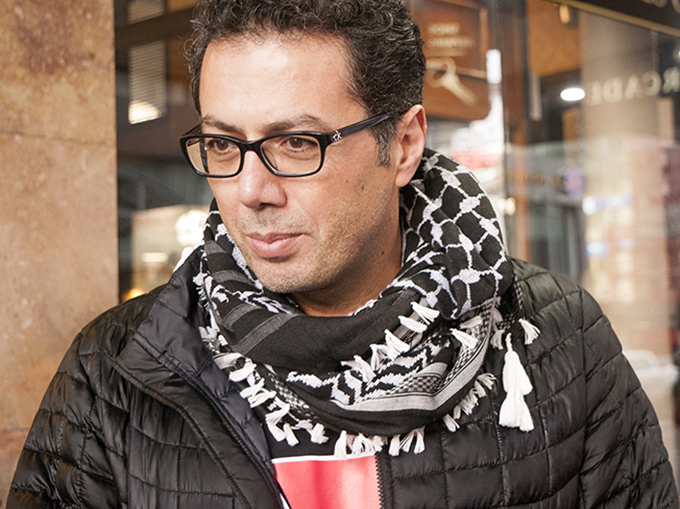 Palestinian author and a journalist Dr Ramzy Baroud vowed today that Palestinians would never be defeated by the Israelis and they would never cease to fight for their freedom.

“Sisters, brothers, comrades and friends, Gaza is under siege, their people are dying in droves, their children are denied the most basic human rights,” he told a rally of about 400 people protesting in Auckland’s Aotea Square in support of Palestinian human and land rights.

In the last 10 years of blockade, thousands of Palestinians had been killed by a “deliberate Israeli campaign of starvation, dehumanisation and disempowerment”, the author said.

Dr Baroud, in New Zealand on a tour to promote his new book, The Last Earth: A Palestinian Story, also spoke about the Palestinian holocaust caused by the Israelis, which was seldom fairly reported by mainstream media. 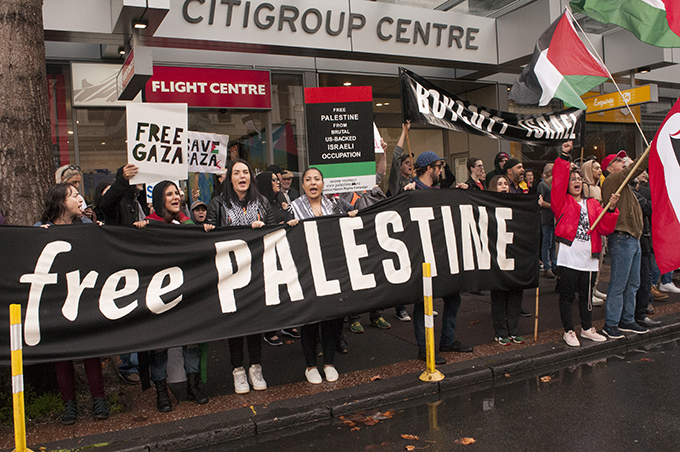 The UN Human Rights Council yesterday voted to assign international war crimes investigators to probe last Monday’s killings of scores of Palestinians on the bloodiest day of protests in Gaza.

The resolution was supported by 29 countries, with only the US and Australia voting against. Fourteen countries abstained, including Britain and Germany.

Boycott sought
Middle Eastern Eye reported that 110 Palestinians had been killed in recent weeks in a report about the UN investigation.

Holding the protest in Auckland was an attempt to gain support from the NZ government, “to impose a boycott in their [Israeli] regime, on its economy, and on its political representation,” said Mike Treen, a spokesperson for Global Peace and Justice Auckland (GPJA). 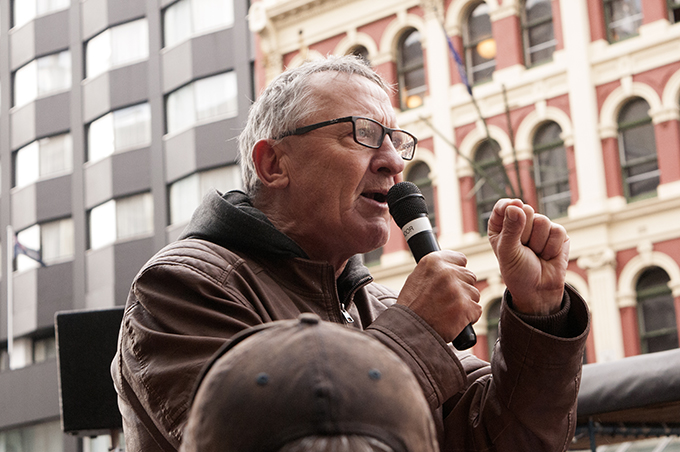 The protesters then marched down Queen Street towards the US Consulate near Britomart chanting slogans such as, “From the river to the sea, Palestine will be free”, “Freedom for Palestine”, and “Long live Palestine”.

About 60 Palestinian men, women, and children were killed by Israeli Defence Force (IDF) troops during protests over the US moving its embassy to Jerusalem from Tel Aviv. Guatemala followed suit the next day.

May 14 marked the 70th year since the state of Israel was established.

That was a day of celebration for Israelis and Zionists but mourned by indigenous Palestinians as Al Nakba – “the catastrophe”, the day they lost their liberty. 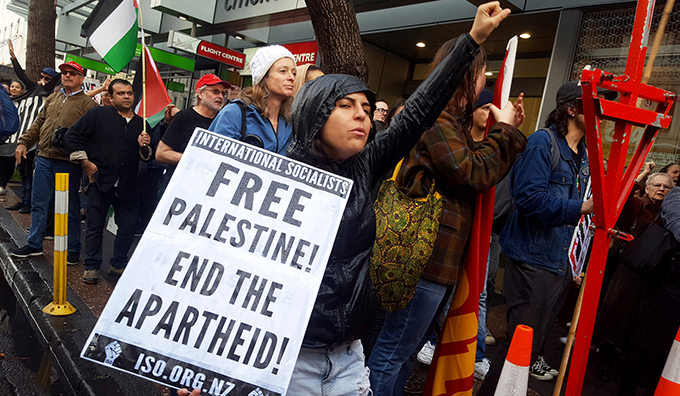 A young Palestinian woman raises a fist in defiance at the Auckland rally. Image: Del Abcede/PMC

US embassy ‘wrongdoing’
In his speech, Dr Baroud spoke about the wrongdoings of the rightwing Israeli government and the Trump administration for moving the US embassy to Jerusalem.

Jerusalem is heavily disputed and highly controversial as it is regarded as sacred land by both the Jews and the Muslims.

Dr Baroud said the reason for global trip was to reclaim the Palestinian narrative, “an attempt at retelling Palestinian history from the viewpoint of Palestinian refugees”.

Since most mainstream media focused on the Israeli narrative rather than the “Palestinian facts”, he wanted to tell the story exactly as it was happening on the Gaza Strip.

Dr Baroud said many historians focused on Palestinian’s history through the “eyes of Israel, the Zionists and through the Western media”.

Dr Baroud also said that the long-term solution to resolve the conflict was to end Israeli colonisation of Palestine that had continued for decades.

“This system of apartheid, system of military occupation, has to end.”

According to UN resolutions, there were four key points that the Israeli government needed to follow – “the right of return of the Palestinian refugees, Palestinian freedom to travel, and an end to the apartheid system, and demolition of the apartheid wall.

“And the racist laws that have targeted Palestinians for over 50 years need to end.”

Dr Baroud said the occupation needed to come to an end in order for there to be a prospect of peaceful co-existence in the future.

The apartheid of colonisation had to be dismantled. 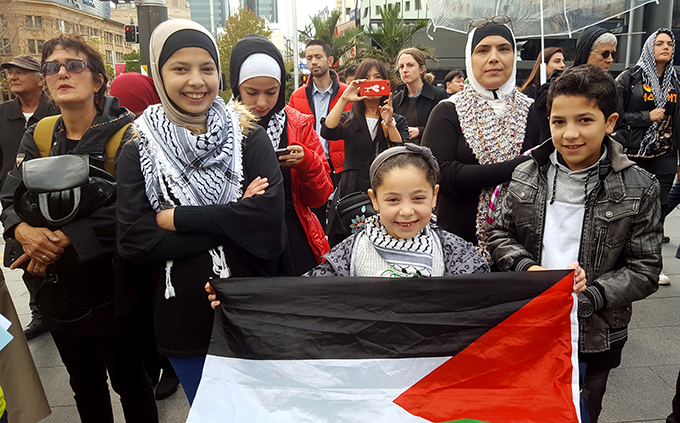 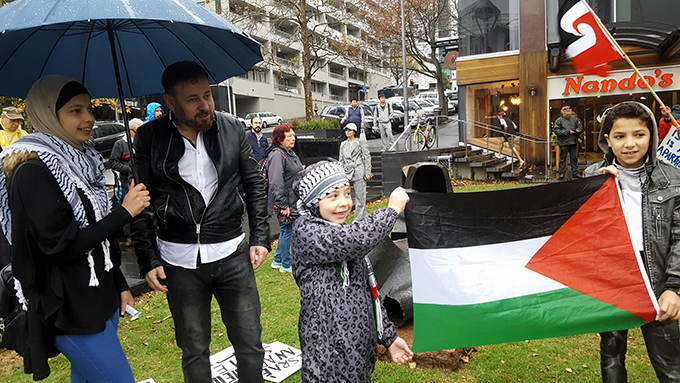