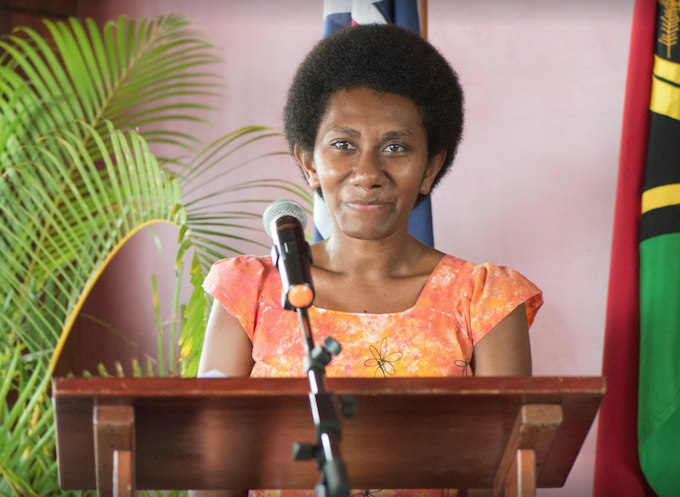 Vanuatu Daily Post editor Jane Joshua, a journalist who has set new standards for social justice and human rights reporting in her country, has been awarded the Hanson Mataskelekele Award for leadership among women.

Joshua became editor of the Daily Post in February after working for the newspaper for many years.

“From the beginning, she demonstrated her top-flight journalistic skills. Her reporting has provided an essential addition to the public dialogue,” said McGarry.

“Her reporting of human rights abuses among the country’s prison population contributed to fundamental changes in how our incarcerated population are treated.”

Joshua broke a story detailing the contents of the Commission of Inquiry into the fatal sinking of the local vessel MGY, in which charges of manslaughter were laid against the owner, captain and a crew member of the ship.

Outcry led to reforms
An outcry following this commission of inquiry report led to the creation of a Maritime Regulator and the current wholesale reform of the maritime sector.

Her work as associate editor had recently contributed significantly to the Daily Post company’s expanded radio news and current affairs programming, and its burgeoning presence on social media.

The Daily Post news group is widely regarded as the most reputable source of information and news about Vanuatu in social media today.

“Our social media news coverage has reached as many as 120,000 people in a single day,” said McGarry.

Her elevation to the rank of editor made her one of few women in the top rank of the news media establishment in the Pacific islands. She is the first woman to occupy the role of editor at this newspaper.