Sunday 5th of July 2020 06:57:33 AM
Home Analysis Nuclear free: Do you know who this ni-Vanuatu girl is?
Article sponsored by NewzEngine.com 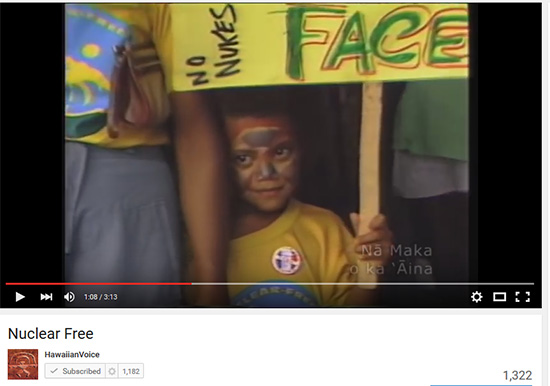 THIS GIRL is featured on the front cover of David Robie’s 2014 book – Don’t Spoil My Beautiful Face: Media, Mayhem and Human Rights in the Pacific (Little Island Press). It was taken in 1983 at Independence Park, Vanuatu, during the Nuclear-Free and Independent Pacific conference.

She also appears in a Hawai’an video version of the song Nuclear Free (at 1min08sec). I would love to know who she is and where she is today.

If anybody has any information about her identity and where she might be today please email David Robie.

There is now a second edition out of DSMBF linked to the 30th anniversary of the Rainbow Warrior bombing on 10 July 1985.

More information from the publisher.