Nine Pacific countries now national “roadmaps” for the transition to digital broadcasting. Without a digital switchover, Pacific broadcasters face increased costs, reports Asia-Pacific Journalism. Pacific Scoop: Report – By Matthew Hutching Following the Pacific Media Partnership conference in Apia last month, there are plans for Papua New Guinea, Samoa and Tonga to start the transition to digital broadcasting within the next two years. The conference was organised by the Asia-Pacific Broadcasting Union and International Telecommunication Union with the aim of addressing the challenges of content production, new technologies, and digitisation of broadcasting in the Pacific region. So far, the ITU has helped nine Pacific countries develop national “roadmaps” for the transition to digital. They include Fiji, Federated States of Micronesia, Kiribati, Nauru, Papua New Guinea, Samoa, Solomon Islands, Vanuatu and Tonga. ABU technology director Dr Amal Punchihewa says without the digital switchover, Pacific broadcasters face increased costs for analogue broadcasting and loss of revenue to digital pay-TV platforms. He is advocating the development of hybrid broadcasting, a system that combines digital broadcasting with internet content. “The media industry has been undergoing enormous changes,” he says. “Audiences rely on non-linear media services to consume at anytime, anywhere and on any device. Hence, delivery should be agnostic to device, time, and the location of access.” Speaking at the conference, BroadSpectrum Consultants director Andrew King said the main challenges to digital switchover were power supply availability and reliability, and equipment installation and operation. The biggest challenge is seen to be financial, with the high cost for governments, broadcasters and consumers to replace infrastructure and equipment. A document detailing the outcomes of the conference said that both VHF and UHF frequency bands, which are used across Pacific nations, are being reduced to allow for more mobile services. It said that for the digital switchover to work effectively, spectrum planning and digital broadcasting standards should be set across the Pacific region. Lack of infrastructure is the major hurdle for internet access, especially outside cities in the Pacific. According to the 2015 State of Broadband report, more than 90 percent of people in nearly 50 of the world’s least-developed countries have no connectivity at all to the web. Radio New Zealand International reporter Koroi Hawkins says the poor communication and internet access across the region is slowly improving in urban centres. “But it is still almost impossible to file from rural areas in the Pacific,” he says. Hawkins delivered a presentation at the PMP conference on his experience as a journalist covering the aftermath of Cyclone Pam in Vanuatu. He says he enjoyed the mix of presentations, including real world experiences from broadcasters in the Pacific and technical demonstrations from the people behind the scenes making the broadcasting possible. Hawkins says other highlights of the conference included the presentation by NHK Japan on their extremely well-coordinated disaster response plan, which they practise every day after their broadcast. He said lack of communications infrastructure is not the only challenge for media in the Pacific. “I feel Pacific journalists and broadcasters have a huge responsibility on top of their mandate to inform, educate and entertain,” he says. “We take part in the development of the attitudes, policies and politics of the Pacific as we pursue a better future, or sadly any future for some low-lying atolls, for families and children.” Matthew Hutching is a postgraduate student journalist in the Asia-Pacific Journalism course at AUT University. 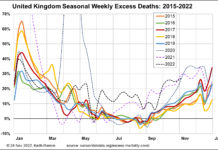