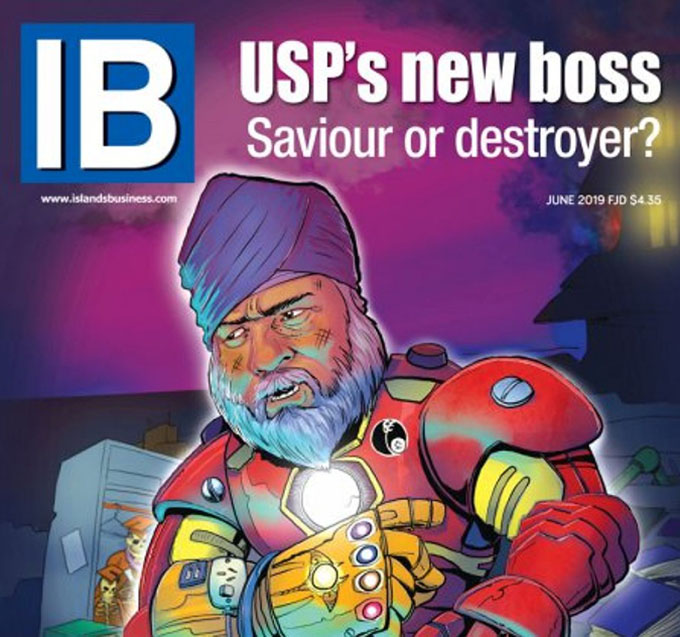 By Michael Field in Islands Business

Senior academics and staff at the University of the South Pacific in Suva are accused in a special audit report of manipulating allowances to pay themselves hundreds of thousands of dollars they were not entitled to, as several Pacific governments say Fiji is using the COVID-19 emergency as a cover to take over the university.

The scale of allowance abuse has outraged Pacific member nations of USP, including Nauru, Samoa, Tonga and New Zealand. USP staff are accused of helping themselves to money intended to educate the people of the Pacific.

The payments took place under the leadership of Fiji vice-chancellor Professor Rajesh Chandra. They were revealed by his replacement, Professor Pal Ahluwalia, on November 1, 2018.

Since then, vice-chancellor Ahluwalia and USP pro-chancellor Winston Thompson have been at loggerheads, with their opposing factions rallying behind them.

This week a contentious meeting of the executive committee of USP’s Council installed Professor Derrick Armstrong as acting VC after suspending Professor Ahluwalia.

The report has now been leaked as Professor Ahluwalia comes under attack from USP’s host government, Fiji.

Along with the 114-page BDO report, a cache of USP documents reveal attempts to drive Professor Ahluwalia out of the country.

Professor Ahluwalia, born in Kenya and schooled in Canada, was appointed by the USP Council as VC to replace Professor Chandra. BDO suggests this was against the wishes of Thompson and Fiji, and evidence is revealed that efforts began, even before Professor Ahluwalia arrived, to frustrate his work.

In May last year Professor Ahluwalia revealed the financial and salary rorting underway and presented the USP Council with a paper, “Issues, concerns and breaches of past management and financial decisions.”

BDO was hired to investigate.

In the report, BDO names 25 senior USP academics and staff who, it is alleged, were involved in payment manipulation. Most of the cases involved a system of allowance payments not usually seen in other universities.

This excerpt from independent New Zealand journalist Michael Field’s article is republished here with permission. Read the full report in the latest edition of Islands Business news magazine. Although the BDO consultancy report names individuals, the magazine has opted to not publish them based on legal advice.

Tested positive for COVID-19? Here’s what happens next – and why day 5 is crucial

Tested positive for COVID-19? Here’s what happens next – and why...

Why the Black Lives Matter protests must continue: an urgent appeal...

The US contracts out its regime change operation in Nicaragua