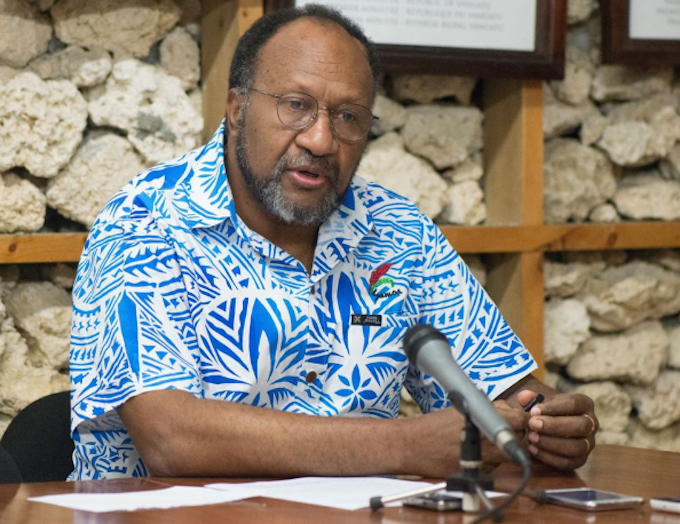 The Vanuatu government is using the Covid-19 to impose draconian measures and authoritarian rule by end of last month.

Wholesale censorship of all Covid-19 related content has been instituted.

Office of the Government Chief Information Officer (OGCIO) took the extraordinary step to issue directives under the State of Emergency regulations a host of censorship measures.

Included under censorship of information was all information relating to Covid-19 and its containment had to be verified by the National Disaster Management Office (NDMO) before being released to the media.

The NDMO insists on authorising all content, but has been mostly unresponsive to requests for liaison or feedback.

Also, Facebook accounts real or fake in breach the first directive were to be closed down, according to the OGCIO instruction.

SIM card registration is going to be required, along with other draconian measures that hinder rather than improving the information ecosystem, according to the directive given on March 31.

‘Example of overreach’
“These measures are a clear example of overreach and constitute an unacceptable level of media control to the point of censorship,” said adjunct associate professor Tess Newton Cain at Griffith University, Queensland, who holds dual citizenship in the United Kingdom and Vanuatu.

“It appears that this approach is endorsed by the Council of Ministers, which is operating in a caretaker capacity until such time as a new government is formed,” she said, commenting on caretaker prime minister Charlot Salwai’s government.

The Vanuatu elections were held on March 19-20, with four parties emerging on unofficial election results with a similar numbers of MPs – namely Graon Mo Jastis, Reunification Movement for Change, Vanua’aku and Leaders’ Party of Vanuatu.

Hence, the OGCIO is exercising unprecedented power while lobbying goes on to form a government.

“Having read this directive from the OGCIO I have very grave concerns that this is an attempt to use what is an emergency situation to bring in measures that would otherwise be difficult or impossible to progress under the terms of Vanuatu’s Constitution which guarantees a right to free expression.

“If this is about controlling fake or misleading information in relation to Covid-19 and nothing more, does that mean Facebook accounts that have been deleted (assuming that can actually be effected) will be reinstated?” she asked.

She is bemused over a requirement to register SIM cards at a time of Covid-19.

“I am not aware of any health or epidemiological advice to support the need to have all SIM cards registered by the end of the month.

“It is not clear to me why this is necessary at this time and I have yet to see any explanation from the Vanuatu authorities.”

Dr Newton Cain does not see any need for an authoritarian approach.

“Vanuatu is a democratic country and basic rights and freedoms should not be curtailed unless absolutely necessary,” she said.

“What we have seen over the last few days should be of the utmost concern to the citizens of Vanuatu and to others in our region. It points to an increased tendency to authoritarianism on the part of officials, which should be resisted at all costs.”

Vanuatu has no cases of Covid-19 which makes the directive even more bizarre, believe critics, although a cyclone could hit the southern half of the country on Monday or Tuesday.