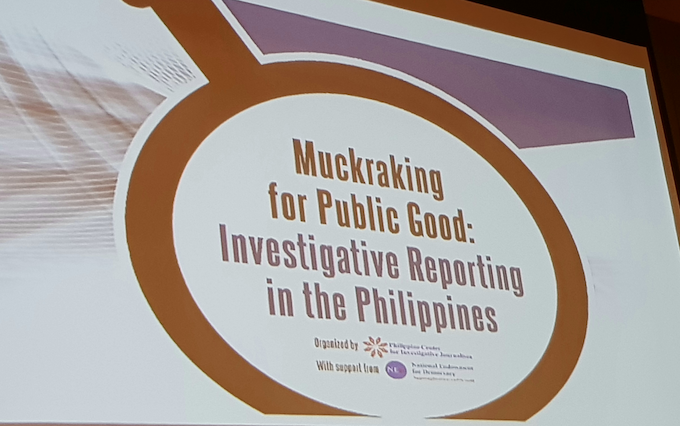 By David Robie in Manila

Rappler, the innovative online publisher that has been at the media freedom frontline in the Philippines for the past three years, has challenged President Rodrigo Duterte by taking the executive to the Supreme Court.

The news website has called on the court to rule on whether President Duterte – or the state executive branch – has the power to control the media.

It has asked the court to lift a nearly two-year coverage ban against Rappler for covering events involving President Duterte wherever he is in the Philippines or abroad.

READ MORE: The state of the Philippine media under Duterte – PCIJ

In a remarkable media freedom test case, Rappler has asked justices to clarify: Can the President pick and choose who is “legitimate media” and who is not?

It has also asked can Duterte restrict access to public events?

In a response to the Office of the President’s comments relating to the original petition filed by Rappler last year, the news organisation stated on Monday:

“The question posed by petitioners affects intersecting fundamental rights under the Constitution. Thus, the Honourable Court is duty-bound to demarcate clearer borderlines between the press and the executive branch.”

“It is only the free press, not the executive branch, that has the power to say whether or not petitioners are legitimate journalists or not,” argues Rappler.

“Threats come with the job of journalism,” she said, “and we thought we’d seen them all – libel suits, death threats, harassment, Malacañang [presidential palace] intimidation, and advertising boycotts.

“But the threats we have had to manage in the last three years came in new forms and the attacks were deployed in new ways.”

Gloria told the conference organised by the Philippine Centre for Investigative Journalism (PCIJ) this was the first time in the history of the Philippines media that corporate cases of tax evasion and so-called foreign ownership had been lodged against a news media company.

“This is unprecedented, not only in the Philippines, but I believe in Southeast Asia,” Gloria said. “Just to get to a recent conference in Hamburg, Rappler had to pay my travel bond of US$2800 dollars – because I face charges in two courts.

The travel bond of the celebrated chief editor Maria Ressa, who has won many media freedom awards over the past year, has totalled at least $US20,000 this year.

“This because she is charged in four local courts and the Court of Tax Appeals,” Gloria said.

“We have paid close to US$50,000 in bail and travel bonds since the government started filing cases against us in January 2018.”

Described by The Guardian as “one of the most highly regarded” journalists in the Philippines, former CNN investigative reporter and correspondent Ressa joined three other female journalists in 2012 to found Rappler as a “tech start-up” style dynamic news website for young readers.

Gloria also stressed it was the first time that a regulatory body – the Securities and Exchange Commission (SEC) – had acted against a Philippine media company.

“Following President Duterte’s false accusation that we were American-owned, the commission investigated us and in a record time of barely four months issued us a closure order because we had violated the nationality restrictions of media ownership,” Gloria said.

Damocles’ sword
“That closure order, while currently frozen because we appealed against it with a higher court, hangs like a Damocles’ sword – and we have put in place three variations of closure scenarios and how to respond to each of them.”

Gloria condemned the deployment of an “army of influencers, trolls and BOTs” against Rappler in an attempt to shape public opinion that would help justify government’s draconian actions.

That troll “army” was deployable anytime of the day, depending on the government’s agenda.

All Rappler staff – “from our CEO to our reporter and to our drivers” – are banned from entering the Malacañang and banned from covering any event where President Duterte is attending,

“We’ve had to deal with threats online and in our own premises. Early [last] year, Duterte fanatics did a Facebook live in front of our office, triggering a mob online that called on each other to bomb Rappler.

“Thankfully, there were only 22 people there. They tried again to mobilise at a coffee shop near our office – about 20 appeared.”

The constant threats and attacks meant that Rappler had to find a way to deal with this new challenge. They opted on a three-way strategy – tackling ownership, management and the public.

Freedom structure
Gloria stressed how Rappler had been structured as an organisation in order that it had “a lot of freedom to fight for our independence and to not bow down to pressure”.

Rappler is majority owned by journalists.

“We have an agreement with our shareholders that editorial independence is the core of Rappler’s existence and the core of its business success,” Gloria said.

“In the face of relentless powers from the regime, we took time to dialogue with our shareholders, hold their hand, and explain to them why holding the line will, ultimately, be good for business.”

A core team of senior managers was formed to deal with the crisis which each team member being assigned specific tasks.

“Crisis is opportunity. Disinformation helped us focus on new topic for investigation, which is to expose disinformation networks,” Gloria said.

“Because of the climate of fear that affected advertisers, we were forced to find new revenue streams outside the traditional advertising model.

Other talents
“Internally, the crisis also made people with other talents outside journalism – such as security, paralegal, communications – shine and contribute their other talents.”

Finally, Rappler relied on its own community for support.

“This help was through defending us from online attacks, or participating in crowd funding efforts, or providing us with tips for our investigative stories.

“We held dialogues with journalists from other media and formed a network so that we can act collectively on problems facing the media.”

As well as attacks on Rappler, President Duterte has also recently targeted the country’s main local TV station, ABS-CBN, and the Philippine Daily Inquirer with threats and punitive red tape in response to criticism of his autocratic leadership style.

Professor David Robie, director of the Pacific Media Centre, has been in the Philippines on a research sabbatical.