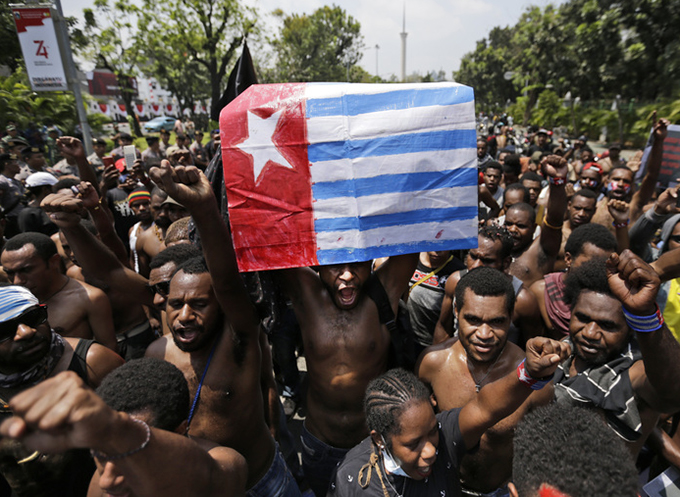 What should we expect for the future of media freedom in the Pacific? And how do we sift through the “bullshit” as emerging journalists? These were two of the many questions raised at the pre-conference keynote for the Melanesian Media Freedom Forum at Griffith University, Brisbane.

Key note speaker, Professor David Robie focused the night’s conversation on the lack of media freedom in West Papua with the main issue being the lack of international media attention and its effect on opportunities to make positive humanitarian changes.

To date, 528,000 West Papuans have lost their lives to a slow-motion genocide.

Dr Robie and audience members expressed their disgust and concern at the silence and inaction from international governments and the lack of media reporting on these events.

With a death toll as high as this, it becomes clear that the lack of journalistic reporting on this issue is a deliberate decision. This is not a number that can simply be ignored.

Dr Robie likened the media situation in West Papua to the cases of imprisoned female investigative journalists in Iran. The deliberate action of imprisoning critical journalists who are exposing human rights abuses is a mirrored pattern in the Pacific.

However, although there are international journalists being imprisoned there is an exciting emergence of “citizen journalism” a term that describes the creation, collection and distribution of news and information by the public on the internet and social media.

West Papuans are using the resources that they have on the ground and in their hands to capture the human rights abuses they are experiencing and actively sharing these online, forcing open the eyes of the world onto the slow genocide occurring in West Papua.

The “citizen journalism” coming out of West Papua has created global pressure on the Indonesian Government, which initiated a blackout across West Papua on August 21, 2019  in response to the growing unrest. Black spots are still active today in Jayapura and Maokwari.

Coming to the end of the key note presentation, Dr Robie unfurled the West Papuan flag  from behind the podium. In an act of solidarity, he asked all attendants to stand with him and make the promise that they would endeavour to be honest, passionate and critical journalists when it came to writing about the atrocities in West Papua.

If mainstream media are deliberately choosing not to report on the events in West Papua, then independent journalists must make the conscious decision to do so instead.

As the lecture came to an end it became clear that conversations around West Papua did not simply end with the slideshow. Conversations and deliberate actions of those present following this event are sure to be the catalyst for change for media freedom in not only West Papua but across the Pacific.

Papua Merdeka from Sorong to Samarai.

Moale James is a student at the University of Queensland undertaking her Bachelor in Journalism. Moale also proudly identifies as a mixed-race Papua New Guinean-Australian.

As Minneapolis burns, Trump’s presidency is sinking deeper into crisis. And yet, he may still be re-elected