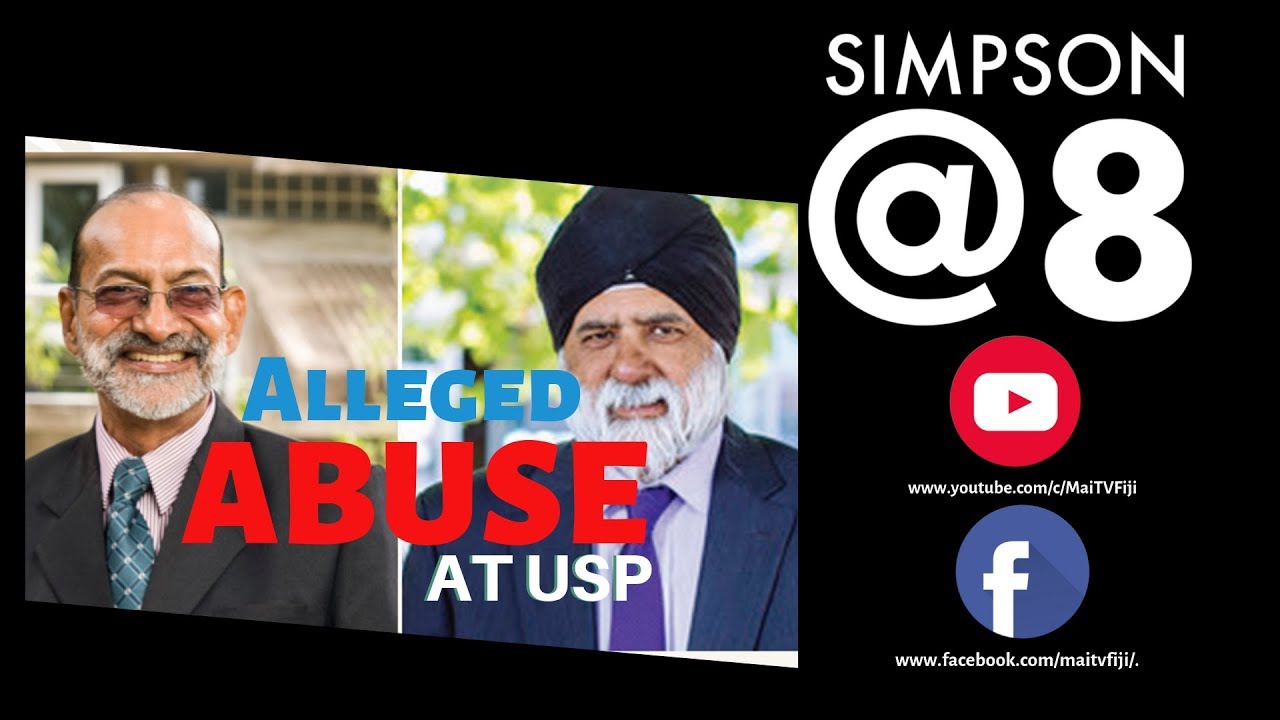 Simpson@8 investigated the allegations of mismanagement that had accrued over professor Chandra’s tenure. Video: Simpson@8

Staff and students at the University of the South Pacific have said poor governance, nepotism and negligence were rife at the institution under the leadership of the previous Vice-Chancellor, Professor Rajesh Chandra.

The current Vice-Chancellor and President, Professor Pal Ahluwalia raised his concerns in a paper titled ‘Issues, Concern and Breaches of Past Management and Financial Decisions’ which Auckland Accounting firm BDO was asked to investigate and report on.

Professor Ahluwalia listed 26 allegations of mismanagement by professor Chandra who held office from 2008 to 2018.

The BDO report found governance was weak across USP and implicated some members of USP’s senior management team who were alleged beneficiaries or decision makers.

“Oversight, governance and control is a key weakness across USP. Current policy framework is outdated and isn’t fit for purpose,” the BDO report said.

Frustrated staff such as Dr Morgan Tuimalealiifano, Professor and coordinator of history at USP told a Fijian TV current affairs show Simpson@8, which investigated the allegations of abuse, the incidences had accrued over professor Chandra’s tenure.

“The evidence of our awareness comes from the numerous complaints, the way staff members were treated and the way some decisions were over-ruled, overturned,” Professor Tuimalealiifano told the programme.

“Over the years they accumulated and very little was being done. Sometimes when complaints were lodged the general response was ‘we have to check on our procedures to make sure they were working’, this was getting a bit tiresome.”

Dr Sunil Kumar, an economics lecturer, was more forthright in his assessment of what went on the university which is owned by 12 Pacific countries – Cook Islands, Fiji, Kiribati, Marshall Islands, Nauru, Niue, Solomon Islands, Tokelau, Tonga, Tuvalu, Vanuatu and Samoa.

“The indications are clear, there has been widespread instances of mismanagement of policies, funds and all kind of resources we are familiar with at USP,” Dr Kumar told the TV programme.

“When there is mismanagement of resources then obviously the university will go through constraints. We were all faced with constraints particularly those who were engaged in delivering the mainstream objectives of the institution.

“There were very basic things we were stifled of, for instance we would not be allowed to buy text books or reference books or our printer material …which means the money was draining out elsewhere and mainstream materials weren’t available as they should have been.”

He said staff had spoken out about governance issues.

“A lot of our staff members have been expressing the element of bad governance that has been happening over the last five, six or seven years during the last Vice-Chancellor’s period.

“The institution suffered very drastically under the former Vice-Chancellor’s leadership.”

New Zealand, which is a key funding partner having signed a $5.15 million agreement with the university back in February, is likely to be concerned about the events that have transpired at USP.

Professor Chandra in an opinion-editorial in the Fiji Sun on September 14 claimed that the BDO Report into allegations of USP mismanagement had found nothing against him.

However, 500 staff and students released a rebuttal, contesting his claims of being “vindicated” from mismanagement during his time at the university.

“Chandra claims that Fiji Independent Commission Against Corruption (FICAC) found no corruption, fraud or abuse of office after two months of investigation. This is not borne out by the FICAC letter to USP, namely, that FICAC has not ceased work but merely suspended its investigation to avoid duplication.

“For FICAC to demonstrate it’s independence it must insist on getting the BDO report and formulate appropriate charges. We are quite certain this will happen in due course, if not in Fiji, then in any jurisdiction of an appropriate member country of USP,” the rebuttal said.

It raised other instances specific of mismanagement.

“When he took professional development leave in September, three months before his retirement in December 2018, one could ask, was that leave for the good of the University? Part of the reported leakages of money would have included Chandra going on USP-paid training leave on the verge of his retirement and keeping his housemaid in a student accommodation facility,” the rebuttal said.

“Before Chandra’s appointment as the VC and current setbacks under his watch, the University had maintained steady growth and expansion for 40 years.

“The Solomon Islands campus in Honiara has been delayed for at least five years while more funds were channelled to the Laucala Bay fourth campus costing $4.1 million. This point is vindicated by the number of written petitions to Council and formal complaints against him during his term in office.

“During his 10-year term, the facilities used intensely by thousands of students and staff, such as the gym, the dining hall and the student halls, fell into disrepair. Many staff were evicted from quarters because of required maintenance work. Instead, many houses remain derelict and unoccupied.

“On the other hand, the Vice-Chancellor’s residence was always renovated on time at considerable cost to the university. During Cyclone Winston, a power generator installed at the VC’s residence ensured his house was lighted while the campus was in darkness.”

It warned that the USP will have to take care of increased costs for the upkeep of the facilities.

The rebuttal went on to thank the new VCP for his role for taking on perceived mismanagement at USP.

“The staff appreciate VCP Ahluwalia’s role in drawing the USP Council’s attention to alleged irregularities at the university. We look forward to strengthening of USP’s governance system for posterity which the review commission is tasked to do.”

The committee that the USP Council has set up to make changes is to be chaired by the Deputy Prime Minister of Samoa Fiame Naomi Mata’afa,  Prime Minister of the Cook Islands Henry Puna and Fiji’s Attorney General Aiyaz Sayed-Khaiyum.

Scheduled LIVE: Buchanan and Manning on Microlateralism – Is This How...