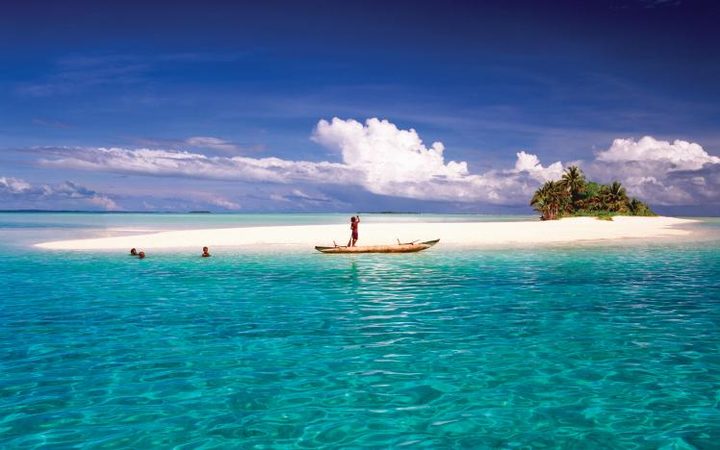 Melbourne’s Michael Green has visited Manus Island twice, and from his research has produced an award winning podcast, The Messenger, a book, They Cannot Take the Sky, and an artwork, How Are You Today, which is currently on display in New Zealand.

But, with the refugees now transferred to Port Moresby, Green said employment opportunities were needed on Manus.

“I’ve spoken to people there who think that there’ll be an opportunity for a big tourism industry on Manus. It’s a beautiful place,” he said.

“There are now a lot of hotels which weren’t there before. Perhaps that might be possible. It will require a big shift.”

The people of Manus should decide what industries they wanted to develop and ask Australia for help, Green said.

“People will adapt. They’ve been adapting to colonial influence on that island for a long time. But I do think the Australian government has a responsibility to not just walk away,” he said.

“It would be good for the people on Manus to work out what they want and then demand it of the Australian government.”

About 1500 refugees have been detained on Manus by Australia since 2013 and Green said media coverage during that time had damaged the island’s reputation.

“There’s been some really bad coverage. And lots of the guys [refugees] will slip into saying things like, ‘Manus is a hellhole’. There’s some really terrible language that’s used,” he said.

“Actually Manus Island is a stunningly beautiful place and when I’ve visited there the people have been incredibly kind and generous.”

About 300 refugees remain in Papua New Guinea. Now in Port Moresby, some are in hotels awaiting resettlement in the United States, others are being forced into residential accommodation and about 50 men not given refugee status are locked up in a new immigration detention facility at Bomana.

Green said those not accepted by the US were unlikely to be able to settle in PNG.

“People who have tried to stay haven’t been able to access permanent residency,” he said.

“I know that some of those people… would like to go New Zealand. I hope that there would be a change in the Australian government’s attitude to the prospect of New Zealand resettlement.”

He was particularly concerned for the Bomana men.

“Lots of those people can’t be deported. It baffles me. I can’t understand what the Australian government thinks is going to happen to people who’ve been held indefinitely, without charge for this period of time. You can’t pretend the problem is going to solve itself.”