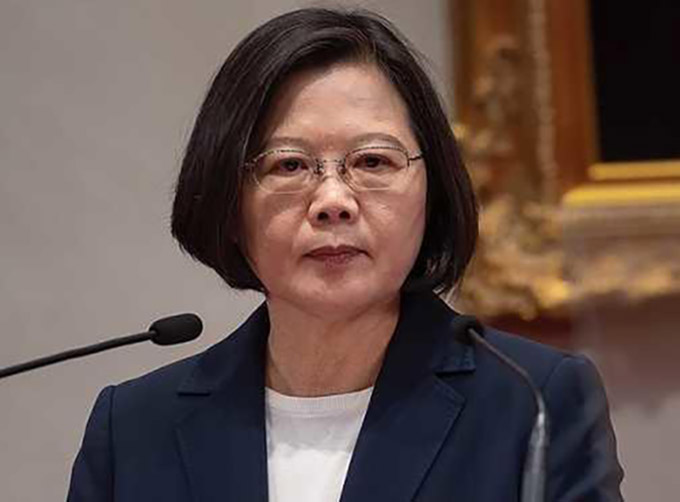 The Solomons cabinet made the decision yesterday after which Taiwan terminated its 36-year relationship with the Pacific country.

Tsai said China’s promises of financial assistance often come up “empty” and that “Taiwan’s contributions to Solomon Islands, particularly in medicine, agriculture, education, and culture, could not be measured in dollars.”

“Taiwan’s attitude towards its diplomatic allies has been one of sincere friendship. We spare no effort and treat our allies with sincerity. However, in the face of China’s interference and suppression, we will not stand to be threatened, nor will we be subjected to ceaseless demands,” Tsai said.

Taiwan will close its embassy in Solomon Islands today and recall all technical and medical personnel stationed there, she said.

“I want to thank them for fighting bravely to the last for our diplomatic relationship. It is indeed regrettable that their unfinished cooperative projects must come to an end, and it is a loss for Solomon Islands people,” Tsai said.

“However, this is the choice that Solomon Islands’ government has made, leaving us with no other option but to respond in this way.

“Although we have terminated diplomatic ties, I want to extend my gratitude to the people of Solomon Islands for their support for Taiwan, and to our allies in the international community who sought to help mediate this issue.

“Changes in the diplomatic arena are indeed challenging, but Taiwan still has many friends around the world willing to stand with us, and we are not alone.”