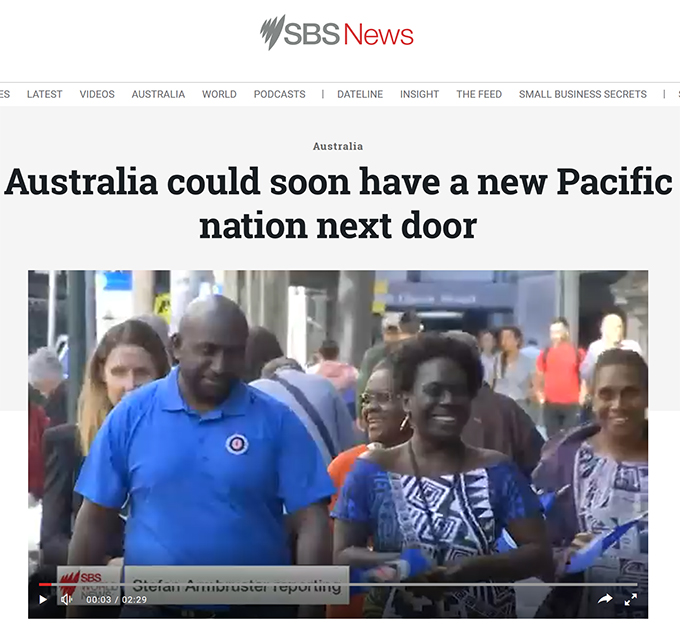 By Gorothy Kenneth in Port Moresby

Papua New Guinean Prime Minister James Marape will visit Australia this weekend for a week-long state visit and the Bougainville independence referendum in less than three months is expected to be high on the agenda.

Marape will leave Port Moresby on Sunday and will start his visit with a meeting with his Australian counterpart Scott Morrison in Canberra.

He will be accompanied by several cabinet ministers and will also be the first foreign leader to visit Australia since the re-election of Morrison in May.

The two men will discuss a wide range of issues, but specifically focus their discussions on opportunities to boost trade and investment, ways to address shared regional challenges, and strengthen bilateral co-operation on labour mobility, defence and security.

It is understood the Bougainville referendum, for which writs would be issued next month, will be a draw card for discussions because Australia has been and is playing a major role in the referendum vote in October.

It has been reported widely by Australian media that Australia could soon have a new country as a neighbour when Bougainville goes to poll in October, an issue which is also close to Australia’s agenda.

“Discussions will focus on opportunities to boost trade and investment, ways to address shared regional challenges, and strengthening our bilateral co-operation on labour mobility, defence and security,” Morrison’s office said in a statement yesterday.

It is understood Marape will be in Canberra for his bilateral meeting with Morrison before his Royal Australian Air Force trip and visits to Perth, Sydney and Brisbane.