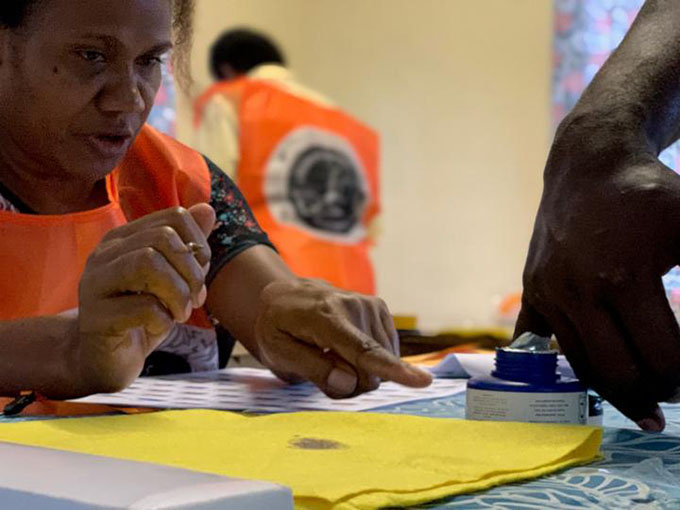 The Commonwealth observer group has commended the commitment of the people of Solomon Islands to participating peacefully in last Wednesday’s national election.

In a preliminary statement released over the weekend, its chairperson, former Vanuatu prime minister Sato Kilman, said the group acknowledged the efforts of the Solomon Islands Electoral Commission to conduct the election under the country’s new Electoral Act which was brought in just the year before.

Kilman said his group observed some positive aspects of the process and also identified areas that could be improved to enhance the country’s democratic process.

One example of this was the group noted the out-of-constituency voter registration arrangements saw complaints raised about the lack of clarity around the definition of an “ordinary resident” and where citizens can register to vote.

Complaints were also received about the lack of out-of-constituency voting arrangements for those working in essential services areas such as hospitals and those who have had to travel outside of their constituency for work purposes.

The group praised the security operation for the election and acknowledged the logistical support from Australia and New Zealand both to police and electoral authorities.
Solomon Islands election result board

It, however, noted on polling day that several voters were unable to find their names on the lists at polling stations.

Ballot box inconsistencies
They also noted inconsistencies in the way ballot boxes were sealed and labelled and some voting screens needed to be more carefully positioned.

Accessibility to polling stations was also quite difficult in some locations although the group noted where this was the case polling agents did their best to assist the elderly and people with disabilities.

Counting was still underway when the Commonwealth observer group releases their statement but they said there were several areas that could be worked on to improve the efficiency of the count.

Other areas which the group said it would cover in more depth in its final report were concerns about incumbent MPs using Constituency Development Funds in their campaigning, supporting more aspiring women politicians to contest as only 26 out of the 333 candidates were women.

It also made some observations on the limit on campaign funding set out under the country’s new Electoral Act.