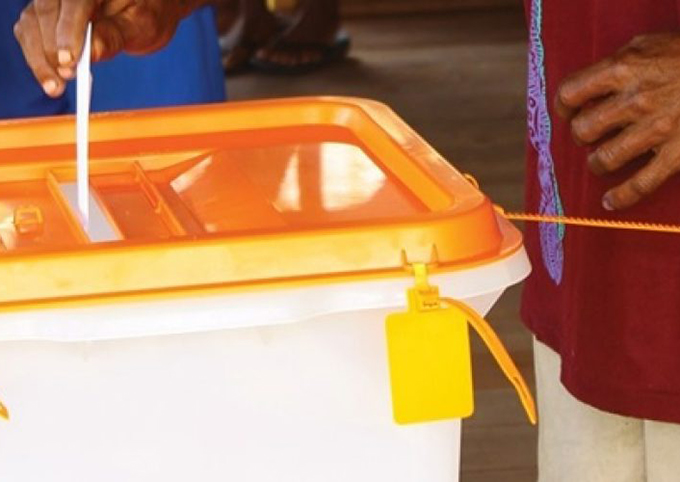 A voter casts his ballot during the 2019 Solomon Islands general election on Wednesday. Image: Island Sun/Wansolwara

As Solomon Islanders headed to the polls on Wednesday to vote for leaders whom they trust will lead them in the next four years, some were not so lucky to have this choice.

Despite that fact that more than 359,000 people were registered to vote in the 2019 Solomon Islands general election with provisional results expected today, not everyone on the final voter list participated in the national exercise.

Solomon Islanders living abroad were not able to vote as there were no provisions under existing electoral laws to allow citizens to vote from outside the country.

More than 2000 Solomon Islanders in Fiji were among those who were not able to vote, including students at the University of the South Pacific’s Laucala campus in Suva.

RNZ Pacific reports that incumbent MPs are dominating early election results with seven of the 10 seats declared overnight being returned to their former occupants.

USP Solomon Islands Students Association president Adrian Neve said the rights of students to vote was being denied by the authorities and this needed to change.

“Solomon Islands is a democratic country and while we appreciate the reforms implemented by the Solomon Islands Electoral Commission, a good number of us living overseas are affected as we are not given the opportunity to vote for the leader of our choice,” he said.

‘Disappointing’ exclusion
“There is a large number of Solomon Islands students at USP and other institutions in Fiji, and it is disappointing that we were not able to exercise our democratic right to carry out our civic duty as citizens in a democracy to cast our ballot paper.

“Electoral laws must be amended so that citizens abroad are included in this important process of choosing our leaders. I hope leaders who are voted into power today treat this as priority and work towards changing existing laws to ensure that elections are actually democratic and fair.”

The late passing of the Electoral Reform Act towards the end of 2017 had complicated the Electoral Commission’s preparation to ensure the 2019 election was credible.

The Act provides scope to amend procedures, but there was not enough time to implement these changes. As such, some of the proposed changes in the Act, such as allowing Honiara residents registered in rural areas to cast their votes in Honiara, were not implemented in this election. 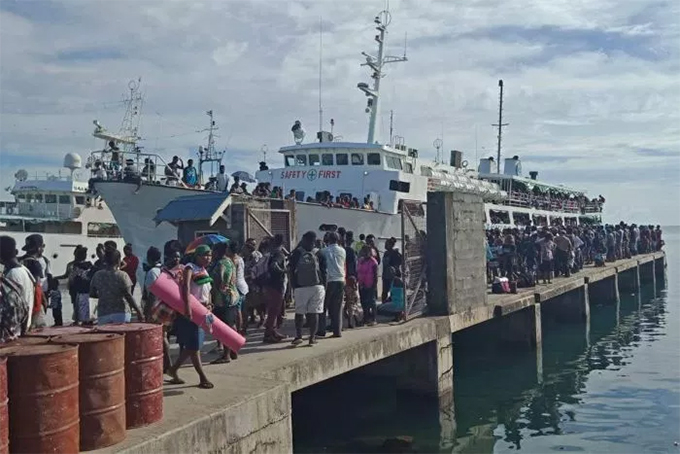 It is understood there was a mass exodus of voters from Honiara early this week heading out to provinces, among them doctors and medical practitioners, causing a crisis at the National Referral Hospital. This had also led to chaotic scenes with people scrambling to board overloaded ferries to travel home before polling day.

One of the notable changes applied in this election was the successful introduction of pre-polling voting under the Electoral Act 2018, trialed with police officers and electoral officials who worked on elections day.

The pre-poll voting was held on March 21, nearly two weeks before the National General Election.

Pre-polling minimal
A statement from the Electoral Commission said the current group of approved pre-poll applicants was minimal to start with, and from lessons learnt, pre-poll voting would be improved while the other class of electors prescribed by regulation would be given the equal opportunity in future elections.

Another notable change in this election was the newly-introduced campaign ban. For the first time in the political history of the country, media reports featuring campaign materials and political advertising were banned 24 hours before polling day.

With nine provinces and polling stations scattered across the country, counting was expected to be held in the provincial capital of each province with results to be announced as soon as counting of ballot papers for a particular constituency is complete.

Counting for all constituencies is in progress with results expected to be released today.

Police have banned victory float parades by winning contestants after the results have been announced – a common sight during past elections.

Rosalie Nongebatu of the Solomon Islands is a final-year journalism student at USP’s Laucala campus. She is also the editor of Wansolwara, the USP Journalism Programme’s student training print and online publications.