I visited the city of Christchurch on May 23, 2018, as part of a larger speaking tour in New Zealand that also took me to Auckland, Wellington, Hamilton and Dunedin.

New Zealand is an exceptional country, different from other countries that are often lumped under the generalised designation of the “Western world”. Almost immediately after my arrival in Auckland, New Zealand’s largest and most populous city, I was struck by the overt friendliness, hospitality and diversity.

This is not to downgrade the ongoing struggles in the country, lead among them being the campaign for land rights as championed by the Māori people, the original inhabitants of New Zealand; but, indeed, there was something refreshingly different about New Zealanders. 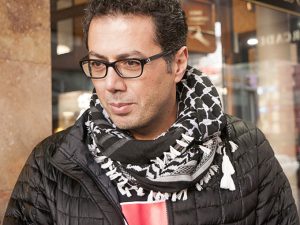 Just the fact that the Māori language, “Te Reo”, is one of the three official languages in the country, the others being English and Sign Language, immediately sets New Zealand apart from other colonised spaces, where indigenous peoples, cultures, languages and rights are, to various extents, inconsequential.

It is due to the empowered position of the indigenous Māori culture, that New Zealand is, compared to other countries, more inclusive and more accepting of refugees and immigrants. And that is likely why New Zealand – and Christchurch, in particular – was chosen as a target for the terrorist attacks carried out by an Australian national on March 15.

The Australian terrorist – whose name will not be mentioned here in honour of a call made by New Zealand Prime Minister Jacinda Ardern, as not to celebrate the infamy of the senseless murderer – wanted to send a message that immigrants, particularly Muslims, are not safe, not even in New Zealand.

But his attempt backfired. Not only will he live “the rest of his life in isolation in prison”, as promised by New Zealand’s Foreign Minister, Winston Peters, who was speaking at the Organisation for Islamic Cooperation (OIC) emergency conference in Turkey on March 22, but the horrific crime has brought New Zealanders even closer together.

Sorrowful, yet beautiful
There is something sorrowful, yet beautiful, about Christchurch. This small, welcoming city, located on the east coast of New Zealand’s South Island, was devastated on February 22, 2011, by a massive earthquake that killed 185 people and destroyed much of the town.

Last May, I spoke at Christchurch’s Cardboard Cathedral, an innovative structure that was built as a temporary replacement to the Anglican Cathedral that was destroyed in the earthquake.

In my talk, I commended the people for their beautiful church, and for their own resilience in the face of hardship. The diversity, openness and solidarity of the audience reflected the larger reality throughout the city, in fact, throughout the country.

For me, Christchurch was not a place of tragedy, but a source of hope.

My audience, which also included members of the Muslim community, some coming from Al Noor Mosque – the main target of the recent attack – listened and engaged me as I argued that the genuine authentic voices of ordinary people should be placed at the core of our understanding of the past, and our hope for a better future.

While the focus of my talk was the history of the Palestinian people, the message exceeded the struggle for freedom in Palestine into the struggle and rights of all indigenous groups, guided by such uplifting experiences as that of the Māori people of New Zealand itself.

Unconditional solidarity
I also had the chance to meet with Marama Davidson, co-leader of the Green Party, among other MPs. It was strange to be in a position where solidarity from politicians came across as genuine as that of the unconditional solidarity of ordinary activists – once again, highlighting the uniqueness of New Zealand’s progressive politics and leadership.

Experiencing that myself, it was no surprise to see the outpouring of genuine love and support by Prime Minister Ardern and many members of her cabinet and parliament following the mosque attack. The fact that she, along with numerous women throughout the country, wore symbolic head-scarves in order to send a message to Muslims that they are not alone, while countless thousands of New Zealanders mourned the victims who perished in Al Noor and Linwood mosques, was unprecedented in the recent history of Western-Muslim relationship.

In fact, on Friday, March 22, when all of New Zealand’s TV and radio stations transmitted the call for Muslim prayer, and as Muslims and non-Muslims rallied together in a massive display of human solidarity while mourning their dead, for a moment, all Muslims became New Zealanders and all New Zealanders became Muslims.

At the end of my talk, a group of Muslims from the mosque approached me with a gift, a box of dates to break my fast, as it was the month of Ramadan, the holy month of fasting and repentance for Muslims worldwide. With much gratitude, I took the box of dates and promised to visit Al Noor when I return to the country in the future.

A few months later, as I watched the horrific images on television of the terrorist attack that struck this peaceful city, I immediately thought of the Cardboard Cathedral, of the beautiful solidarity of the Māori, of the numerous embraces of so many New Zealanders, and, of the kindly Muslims and the box of dates.

Peaceful co-existence
I also understood why the undeserving-to-be named terrorist chose to strike Christchurch, and the underlying message he wanted to send to Muslims, immigrants, New Zealanders and all of those who champion peaceful co-existence and tolerance worldwide.

But he failed. In fact, all other foot soldiers of racism and hate will continue to fail because tragedy often unites us. Collective pain helps us see each other as human beings first, where our differences, however great, can never be enough to justify or even explain why 3-year-old Mucad Ibrahim had to die, along with 49 other, beautiful and innocent people.

However, one can be comforted by the Māori saying, “Ka mate te kāinga tahi, ka ora te kāinga rua” – “when one house dies, the second lives”. It means that good things can always emerge from misfortune.

It will take much time for Christchurch, and the whole of New Zealand, to heal from this terrible misfortune. But the strength, will and courage of so many communities should be enough to turn a horrific terrorist act into an opportunity to heal our collective wounds, not just in New Zealand, but the world over.

Ramzy Baroud is a journalist, author and editor of Palestine Chronicle. His latest book is The Last Earth: A Palestinian Story (Pluto Press, London). He has a PhD in Palestine Studies from the University of Exeter (2015) and was a Non-Resident Scholar at Orfalea Center for Global and International Studies, University of California Santa Barbara. This article is republished with the permission of the author.

How smart were our ancestors? Turns out the answer isn’t in brain size, but blood flow

Yes, this continent was invaded in 1788 – an international law expert explains

How smart were our ancestors? Turns out the answer isn’t in...

Yes, this continent was invaded in 1788 – an international law...

How a year of trying to buy nothing made me a...