The terrorist attack on two Christchurch mosques this month is a watershed moment in New Zealand history.

In the days, months and years ahead much soul-searching will be conducted about the social and political factors that contributed to the massacre of 50 people. Here we shall focus on two: the spread of hate speech via social media; and the intelligence failures that may have contributed.

With the proliferation of social media platforms during the last decade, there has been a steady increase in their use by extremist groups. Be it Wahabbist and Salafists calling for jihad, 9/11 conspiracy theorists or white supremacists, it has given them global reach in a measure never seen before.

READ MORE: How Christchurch’s assault has made a mark on NZ media

This allows extremists in disparate parts of the world to instantly communicate and reinforce their views without having to be in physical contact. They can even plot acts of violence using encrypted platforms and the so-called “dark web”.

That is what is different today when compared to 20 years ago: the threat of decentralised, even autonomous extremist violence has increased commensurate with the emergence of social media outlets that allow them to disseminate their views.

This produces both an echo chamber and megaphone effect: not only do kindred spirits find common space to vent and practice their hate, against the perceived “other,” but more moderate, mainstream outlets begin to pick and emulate some of the language used in them.

Language that was once socially unacceptable in most democratic societies has crept into mainstream social discourse, be it about immigrants, minorities, sexual minorities or indigenous groups.

Hate-mongers turn tables
Hate speech is increasingly normalised under the mantle of free speech, where the hate-mongers turn the tables on civil libertarians by claiming that their freedom of expression is being trampled by political correctness gone mad.

That, in turn, has crept into the rhetoric of politics itself, where mainstream politicians adopt some of the language and policy postures that once were only championed by a rabid yet marginalised political fringe.

One only need to remember the anti-immigrant language of certain politicians and the misogynist, homophobic and/or xenophobic utterances of assorted radio hosts and television personalities, to say nothing of the comments section of what used to be moderate political blogs, to see how the discursive trend has evolved here.

The problem is almost exclusively a democratic one. Authoritarian regimes censor as a matter of course and control the flow of information in their societies, so what can be seen and heard is up to the regime. Unless authorised or condoned by the state, extremists are not given space to air their views in public.

Democratic societies uphold the right to free speech no matter how noxious it may be because it is exactly the unpopular views that need defending. But the principle of free speech never reckoned with the practice of social and mainstream media outlets using business models that are at least in part founded on the idea that there is money to be made in catering to extreme views.

If advertising can be sold on extremist sites and offensive speech is protected, then the bottom line advises that it is not for the media conglomerates to determine what is and what is not acceptable social discourse. That is for others to decide.

This is the public policy conundrum. Where to draw the line between free and hate speech? When does offensive speech become dangerous speech?

Violence simple separation
One would think that the answer would be simple in that any calls for violence against others, be it individual or collective in nature, is what separates offensive from hate speech.

And yet to this day democracies grapple, increasingly unsteadily, with the question of what constitutes censorable material online.

With regard to whether there was an intelligence failure, obviously, there was because the massacre occurred. But the question is whether this was due to policy errors, tactical mistakes, some combination of them or the stealth of the attacker.

At a policy level, the question has to be asked if whether the intelligence services and police placed too much emphasis after 9/11 on detecting and preventing home-grown jihadists from emerging to the detriment of focusing on white supremacist groups, of which there are a number in Aotearoa.

Given a limited amount of resources, the security community has to prioritise between possible, probable and imminent threats. So what happened here? Where a small arsenal of weapons was amassed, improvised explosives made and a lot of planning done without the authorities made aware.

It is known that the security community monitors environmental, animal activist, social justice and Māori sovereignty groups and even works with private investigative firms as partners when doing so, so why were the white supremacists not given the same level of attention?

Undercover agents
Or were they? The best form of intelligence gathering on extremist movements is via infiltration of the group by undercover agents (who can target individuals for monitoring by other means).

Perhaps there simply are not enough covert human intelligence agents to undertake the monitoring of those that would do society harm. And what happens if the person is not an active member of the groups being monitored?

If this is the case, then no amount of intelligence policy reorientation or tactical emphasis would have prevented the attack. As the saying goes in the intelligence business, “the public only hears about failures, not successes”.

New Zealand, however, must “own” this terrorist attack. It happened in our community.

Dr Paul G Buchanan is the director of 36th-Parallel Assessments, a geopolitical and strategic analysis consultancy. 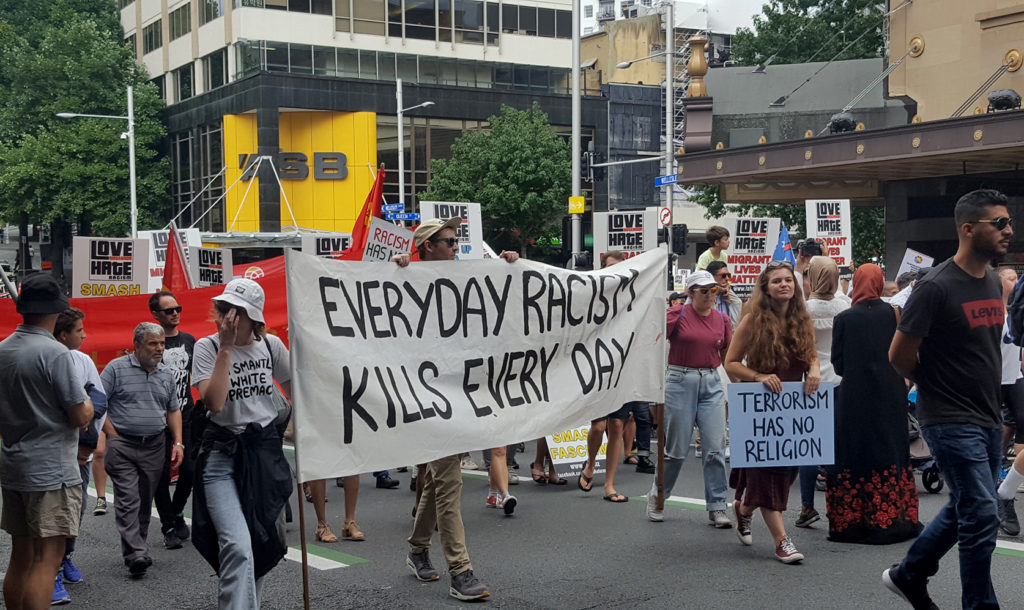