Bombs minutes apart tore through a Roman Catholic cathedral in Jolo, Sulu, in the southern Philippines region of Mindanao at the weekend. Video: Philippine Daily Inquirer

By Rambo Talabong and Mara Cepeda in Jolo, Philippines

At least 20 people were killed as two explosions rocked the Cathedral of Our Lady of Mount Carmel in Jolo, Sulu, yesterday, just days after the historic Bangsamoro Organic Law (BOL) was ratified paving the way for self-rule by the Muslim majority region. 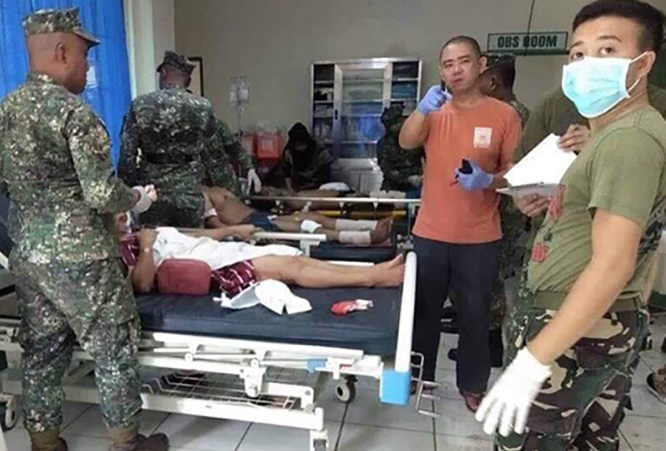 Soldiers and civilians are among the dead and wounded in twin explosions that rocked the cathedral in Jolo, Sulu, on Sunday. Image: PTV Twitter

Casualties evacuated
The ARMM regional police said casualties “were immediately evacuated” as the AFP and the PNP secured the area.

According to the ARMM regional police, one IED exploded inside the cathedral, and another at the entrance.

The people of Sulu province, which includes the city of Jolo, narrowly voted against the Bamsamoro law, although it was supported by 85 percent of the vote overall in the provinces and districts taking part in the referendum.

Presidential Spokesperson Salvador Panelo vowed that the military would “crush” the perpetrators of the bombing and several politicians also extended their condolences to the victims’ families and called for justice to be served.

The Armed Forces of the Philippines and the Philippine National Police are already on heightened alert and have vowed to “thoroughly investigate” the bloody incident.