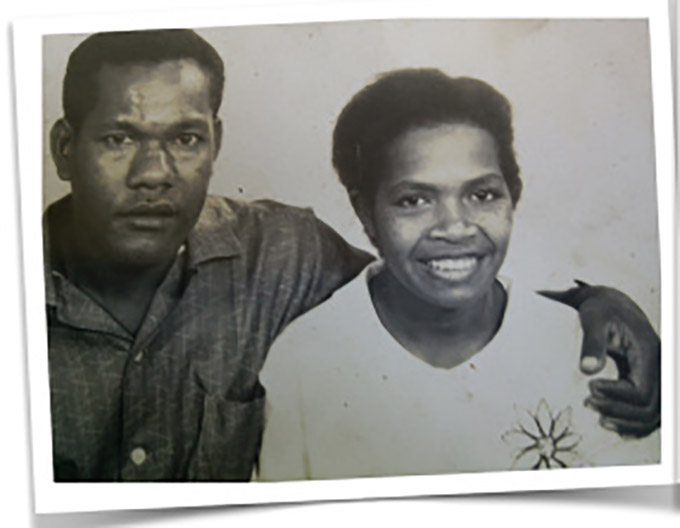 I once asked my mother how was it that she married at the tender age of 16 and left home in West Papua for a foreign land – neighbouring Papua New Guinea – never to see family again for more than three decades.

She told me: “When your father left for work and I was left alone, it dawned on me that I may never see my family again.

“Silent tears flowed in those quiet moments, tanta (aunty) Wanma noticed. She asked me if papa was not nice to me. I shook my head, ‘no’… it was only after the birth of my first child, that my whole world changed.”

She was born somewhere on the banks of the Warfor River on Supiori Island, part of the Biak Islands in West Papua at a time when villagers had been forced to move inland to escape the horrors of war.

She completed her primary education in 1960, in what was then a Dutch colony. She was not considered for further studies because most women back then were told to return home to assist the family male members of the family to continue their education.

This meant gardening, fishing and other daily chores to sustain the family.

Against Indonesian takeover
My father, Domingus Dimara (that’s a story on its own), came to Papua New Guinea as a young man in 1963. He was against Indonesia’s takeover of West Papua then and decided to make PNG home. 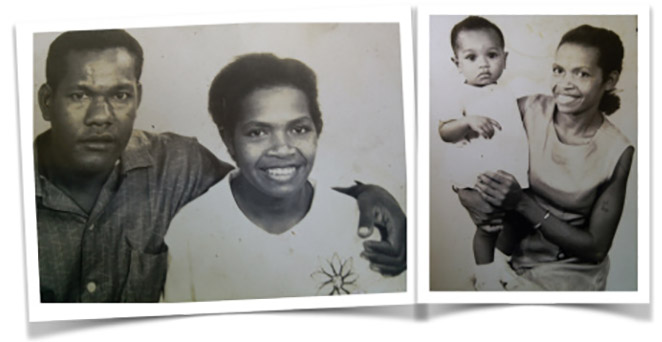 He returned in 1965 in search for a bride; my mother was chosen.

My late father was a disciplinarian and always believed in doing the right thing. Initially there was resistance from my maternal grandparents upon hearing that their daughter would marry and move far from home.

My maternal grandmother placed locally made bracelets (gelang biak) on both her arms. The bracelets identify a woman or man as a Biak person.

They were married in May 1965 in Biak town and after meeting legal and customary obligations they travelled to the capital Hollandia, now Jayapura. From there, they travelled by plane to Lae, then on to Port Moresby.

My parents lived with Om and Tanta Marjen (late Aunty and Uncle Marjen) who had earlier moved to Port Moresby after Indonesia gained control of West Papua.

My parents were also accommodated by the Wanma family. This was in the 1960s. One of mum’s early memories is witnessing the 1969 South Pacific Games in Port Moresby and the basketball matches played at the Hohola Courts. 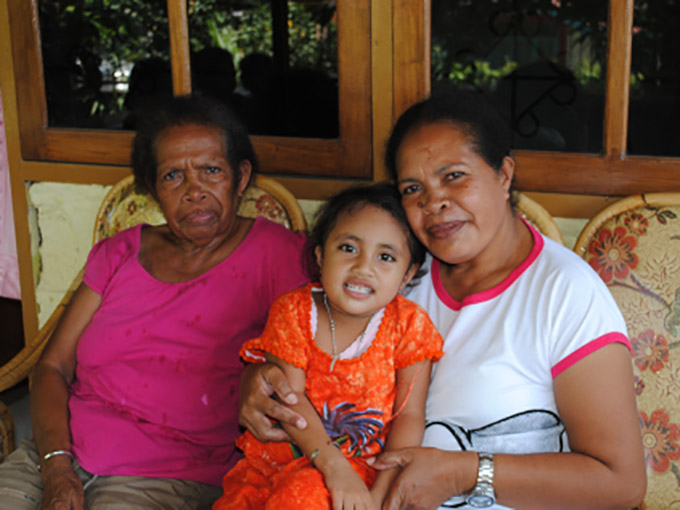 In 1990, more than 30 years since her arrival in PNG, mum first crossed the border as a PNG citizen into Indonesian territory. She did so after communicating with family members through letters for more than 20 years.

Her father had passed on but her mother – my grandmother – was still alive then. She would meet family members again over the years.

In 1979, both of my parents were granted PNG citizenship along with other West Papuans. Among them were the Marjens, Sarwoms, Wanmas.

Sadly, my father passed on in 1994. My mother’s strength and love for the family has kept her going this far.

She lost three of her seven children. Edward our youngest died of heart failure in 1992. Robin was murdered by criminals in 1999 and my sister Salomina died of breast cancer in 2013.

Throughout all the hardships, I believe her faith in God has kept her going. She has mastered the Motu language, speaks a little English and Tok Pisin and made many friends in PNG.

She is also a survivor of breast cancer having gone through treatment in 2011. In a few weeks’ time she will travel home to visit her place of birth and meet her siblings again.

I jokingly asked if it was time to return for good. But I guess she’d rather spend time with the family she created – her children and grandchildren.

Sincha Dimara has been an #EMTV producer for 30 years. She is manager, news and current affairs of the television network in Papua New Guinea.