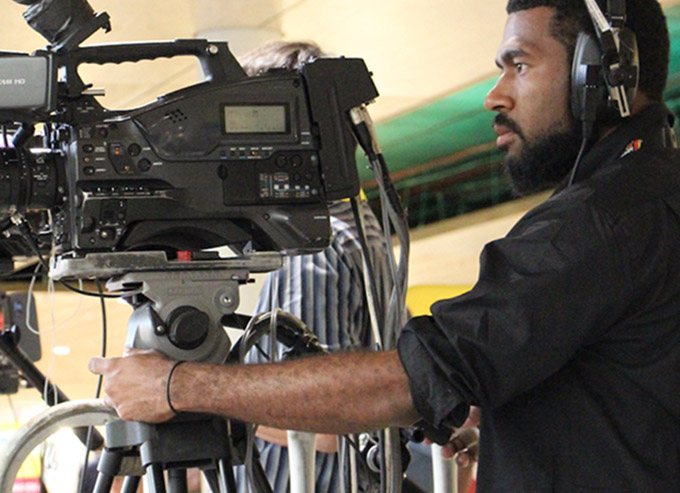 Covering the Pacific … “we might even learn a thing or two about the nations and the region within which we live .” Image: Shane McLeod/The Interpreter

It is both apt and overdue that veteran ABC correspondent Sean Dorney was last night awarded the Outstanding Contribution to Journalism at the 2018 Walkley ceremonies.

Judged by the trustees of the Walkley Foundation, this award not only recognises Dorney’s extraordinary body of work built over four decades chronicling life and politics in the Pacific, especially Papua New Guinea, but pays homage to one of the last of a near extinct breed of old-time expat Pacific correspondents who lived and breathed their rounds as long-term residents of the communities upon which they were reporting.

Australian newsrooms, instead of panting and pontificating about the growing influence of China, might be better served by tapping into Pacific conversations. 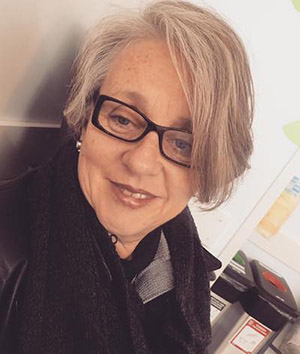 Mary-Louise O’Callaghan … “not uncommon in the two decades either side of the turn of the century for Pacific correspondents to report on unfolding events such as the Bougainville secession crisis or expose corrupt or inept governance.” Image: The Interpreter

Sprung from the bad-old and arrogant days of colonial dispatches referencing “restless natives” and “strange customs” when first nation’s peoples served merely as the backdrop for the white man’s conquering and efforts to “civilise”, it can be argued that for a time these rusted-on corros (who not infrequently through their marriages, gained the privilege of the unique insight of living life within a Pacific family), served as useful intermediary interlocutors in the transitional societies of post-independent Pacific states.

As nations such as PNG, Fiji, Solomon Islands, and Vanuatu fought to different degrees to shake off their colonial framing and fashion a culture of accountability of their own, correspondents like myself and Dorney strove to facilitate and amplify indigenous views of events in these nations. This was both in our reporting for Australian audiences, or, in Dorney’s case, for the entire region. His reports were broadcast back into the countries he covered by Radio Australia, the ABC’s once wonderful but now defunct shortwave radio service.

Reporting crises
With the additional resources afforded our first-world news bureaus, it was not uncommon in the two decades either side of the turn of the century for Pacific correspondents to report on unfolding events such as the Bougainville secession crisis or expose corrupt or inept governance that indigenous journalists literally couldn’t afford to do.

As late as 2003, my “scoop” as The Australian’s South Pacific correspondent on the Howard government’s decision to dispatch a 2000-strong Australian-led Pacific intervention force to restore the rule of law in Solomon Islands after several years of unrest, was lifted by the national newspaper, The Solomon Star to run as their frontpage splash.

The only difference being that, unlike The Solomon Star’s newsroom, I worked for a media outlet that could bear the exorbitant cost of international phone calls; I had the means to contact Solomon Island government officials to confirm the story after their meetings in Canberra.

Much has been written in the past decade or so warning about the dangers of the disappearing resident Pacific correspondent, as first Australian Associated Press, then Fairfax closed their bureaus in Suva, Port Moresby, and Honiara, and in many cases wound down the network of stringers who reported for them elsewhere in the region.

The ABC is now the only Australian media outlet still maintaining a permanent presence in the South Pacific region with its bureau in Port Moresby.

But as we are all learning, with disruption comes new opportunities and with digital disruption, in particular, has come new ways of gathering, reporting, and disseminating news.

Hear from the people
Here’s the rub: should we really be lamenting the passing of the old-fashioned foreign correspondent, particularly in our own region?

Or is this a chance to embrace the opportunity to hear from the people of the Pacific in their own voices with analysis from their perspectives and news priorities that reflect Pacific agendas?

There is today a prolific cohort of indigenous journos, bloggers, and social commentators already daily reporting, dissecting, and disseminating their nations and region’s affairs with the insight only an indigenous member of an indigenous society can have.

Australian and New Zealand newsrooms, instead of panting and pontificating about the growing influence of China, might be better served tapping into these conversations.

If we joined them, we might even learn a thing or two about the nations and the region within which we live.

Mary-Louise O’Callaghan lived and reported on the Pacific as a foreign correspondent with Australian metropolitan daily newspapers for more than two decades. In 1997 she won the Gold Walkley for Excellence in Journalism for her investigative reporting exposing the Papua New Guinean government’s ill-conceived decision to hire foreign mercenaries to end a war for secession on the island of Bougainville. Her book Enemies Within, Australia, PNG and the Sandline Mercenary Affair, was published the following year. She is now working for World Vision Australia where she leads the Public Affairs team. This article is republished from the Lowy Institute’s Interpreter with permission.