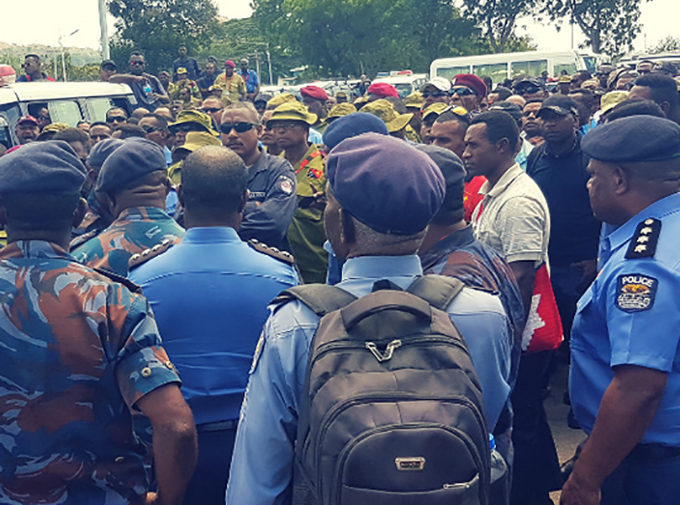 Hundreds of Papua New Guinea police have descended on Parliament Haus in the Port Moresby suburb of Waigani demanding payments they say they are owed for providing security at last weekend’s APEC leaders summit.

He said police were demanding to speak with Prime Minister Peter O’Neill and APEC Minister Justin Tkatchencko about the extra allowances they were owed.

Levongo said a policeman told him they were very angry at the government.

“You guys have got money to purchase Maserati cars but we are asking for our allowance, so that’s the situation currently at the moment,” he said.

Levongo said traffic had been halted in and around Parliament Haus, and that there was no military involvement in the protest.

Photographs are circulating on social media showing damage at Parliament Haus, including broken glass windows and doors for which PNG police are said to be responsible.

Opposition Madang MP Bryan Kramer’s Facebook page shows hallways and lobbies that have been trashed and an image of startled shadow ministers whose meeting was interrupted. 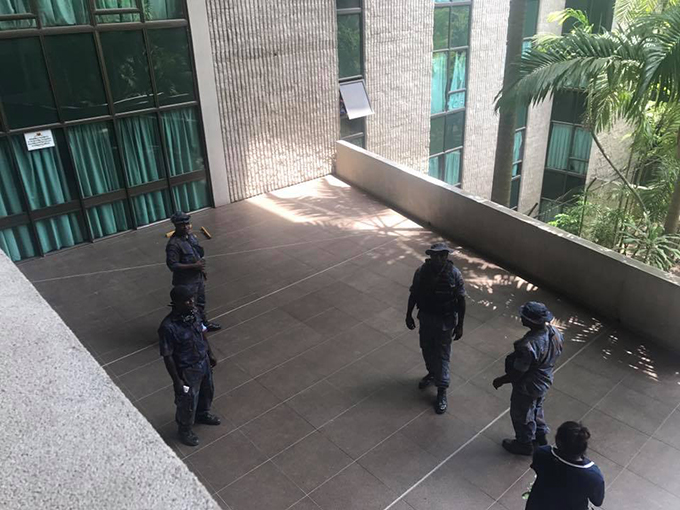 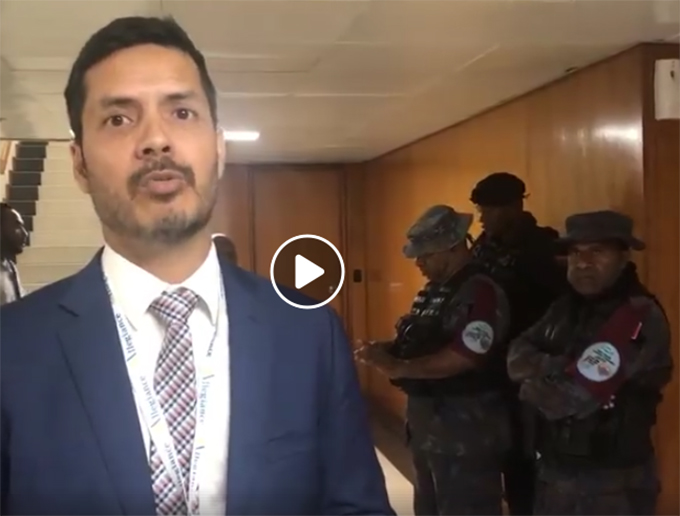