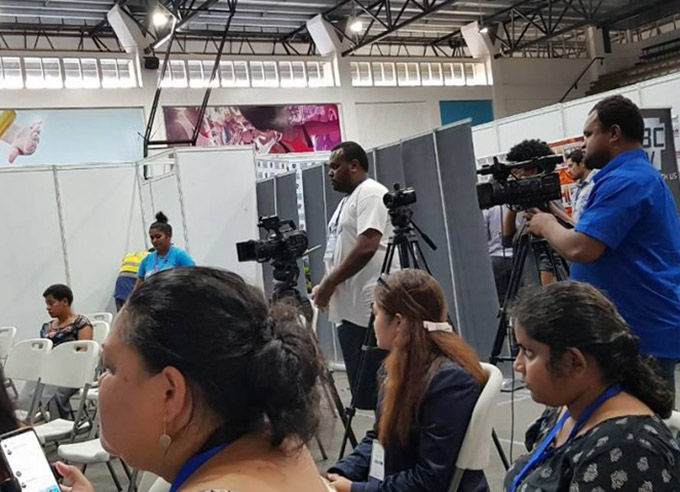 By Elizabeth Osifelo in Suva

The media blackout period in the Fiji general election today has been extended until the closure of polling in areas that were recently closed as a result of bad weather this afternoon.

During the 5pm media briefing at the Results Announcement Area, Fiji Military Forces (FMF) Gymnasium in Suva, Supervisor of Elections Mohammed Saneem said ballot papers cast at the now 28 affected areas that were closed late this afternoon would be cancelled and discarded.

“These ballot papers will not be counted. We will be taking fresh ballot papers to these areas, fresh voter lists and empty ballot boxes to conduct polling at these locations once again,” he said.

“Due to the adjustment of polling, the blackout period has been extended until the close of polling in these polling stations – the date will be announced.

“There is no power in the law for an extension of voting time – 10 and a half hours of voting began at 7.30am. Voters that arrive at the polling venue before 6pm will be able to vote.” 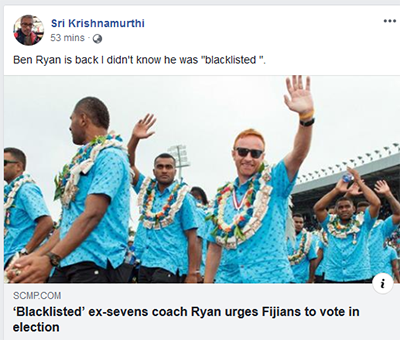 Meanwhile, Saneem also addressed concerns about public transport to voting venues. Voters in some areas waited long hours for public buses to arrive, others had to walk for at least an hour before a public bus arrived.

“We have arrangements with the bus companies that they will continue to run bus services in all centres around the country to ensure that voters are able to turn up to vote at their respective polling stations,” he said.

Flooded roads
“We have been advised that buses, of course will not go into flooded roads, but all other roads in the urban centers will remain operational.

“I would like to urge all Fijians who have not voted yet, to brave the weather and come out. We will not be able to extend the polling times, as it is written in law.

“But we still have time to urge our family members and friends to come out in large numbers and vote. The voting numbers at this point in time, need to increase as much as possible.”

Elizabeth Osifelo of the Solomon Islands is a final-year student at the University of the South Pacific in Suva.This article is republished under the content sharing arrangement of USP’s Wansolwara student journalism newspaper and AUT’s Pacific Media Centre.