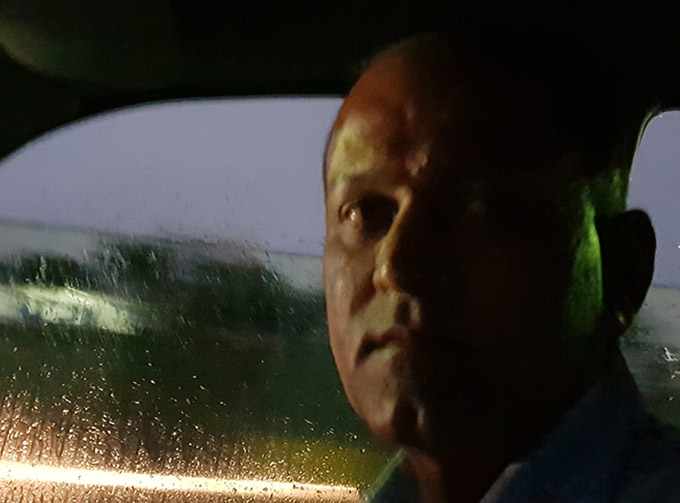 FijiFirst is expected to win Fiji’s second post-coup general election in eight years – but by what majority?

The opposition Social Democratic Liberal party (SODELPA) leader Sitiveni Rabuka is saying he expects to win 28 seats in the election on Wednesday, while FijiFirst leader Voreqe Bainimarama is confidently hoping to win “51 seats” – because he does not want SODELPA in Parliament.

National Federation Party (NFP), the only other party to have seats in Parliament after the 2014 elections, is taking optimistically about winning 10 seats.

“We can’t work with anyone” Bainimarama said on FijiVillage’s StraightTalk programme in a live debate with Sitiveni Rabuka on Facebook tonight.

While Rabuka extended the olive branch by saying his party would work with “anyone” in a coalition, not so for Bainimarama, who took a no-quarter-given stance.

But, as far as Tarun Chandra, 56, who has been driving a taxi and owns his company, said on the ride from Nausori into Suva, “FijiFirst have done enough”.

“I don’t think SODELPA are going to do that well, maybe 15 seats. They will be lucky if Rabuka can beat the appeal by the anti-corruption authority,” he said.

That decision by the High Court is due tomorrow on the appeal by the Fiji Independent Commission Against Corruption (FICAC).

He is expecting NFP to do marginally better than the three seats they won the last time.
“NFP could win five seats but they are making big promises like the minimum wage and pensions scheme which is in their manifesto.”

Chandra pointed out the stability in the country as being a large factor in voting on Wednesday, with the stipulated media blackout beginning at midnight tonight.

“All the parties will have to takedown the billboards and banners tonight,” he said sagely.
Which was a far cry from a friendly woman of Indian ethnicity who greeted me at customs when I arrived in the country just hours before the media blackout was to begin.

“Elections, I don’t know about the elections” was all she offered smiling apologetically.
The same went for the people who graced a nearby mall, all going about their business and not wanting to talk about the elephant-in-the-room – the elections.