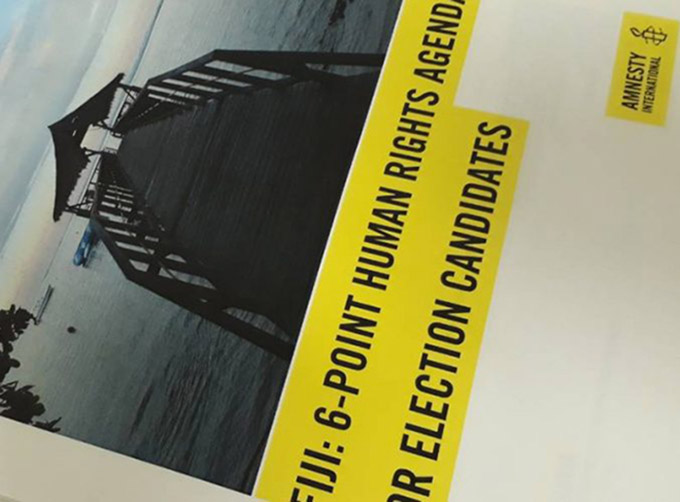 Amnesty International has called on political parties and candidates to respect, fulfill and promote human rights for all after revealing that the human rights situation in Fiji has remained under attack since the 2014 general election.

“Since the last general election in 2014, the human rights situation in Fiji has remained under attack – the right to freedom of expression and peaceful assembly has not been fully respected and protected,” she said.

“Torture and other ill-treatment by security forces has continued with no independent investigation process put in place.

“The LGBTIQ plus communities and human rights defenders also experience violation of their rights. Violence against girls and women remain widespread and the plight of the indigenous people to free, prior and informed consent is violated. 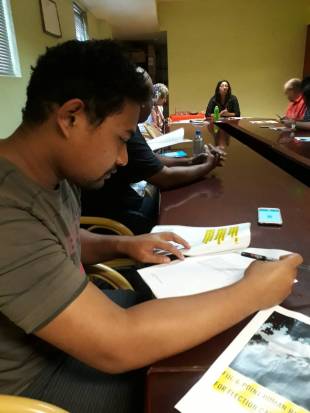 “Top of the new government’s agenda should be to address the status of human rights in Fiji and to address pressing concerns including those in the gender. For the 2014 general election, Amnesty International prepared a four-point human rights agenda.

“From thereon, we have monitored and documented the human rights situation and prepared for this general election a six-point human rights agenda for all political parties and candidates to take into account.”

Deo said the work of Amnesty International was independent of any government or religion and was aligned with international human rights laws, standards and norms.

She said the human rights agenda was a document that Amnesty International prepared for countries all over the world during elections.

“The document highlights the status of human rights in a particular country and implore all political parties and candidates to address the human rights situation,” she said.

“We also outline in the human rights agenda some of the policy areas that must be addressed by our country’s incoming and new government.

“We do not make comments on the electoral process or take a position on election related matters. However, our primary focus is always on human rights violations and abuses.”

Adi Anaseini Civavonovono is a final-year student journalist at the University of the South Pacific. USP’s journalism newspaper Wansolwara and the AUT Pacific Media Centre’s Asia Pacific Report are collaborating for coverage of the 2014 Fiji general election.