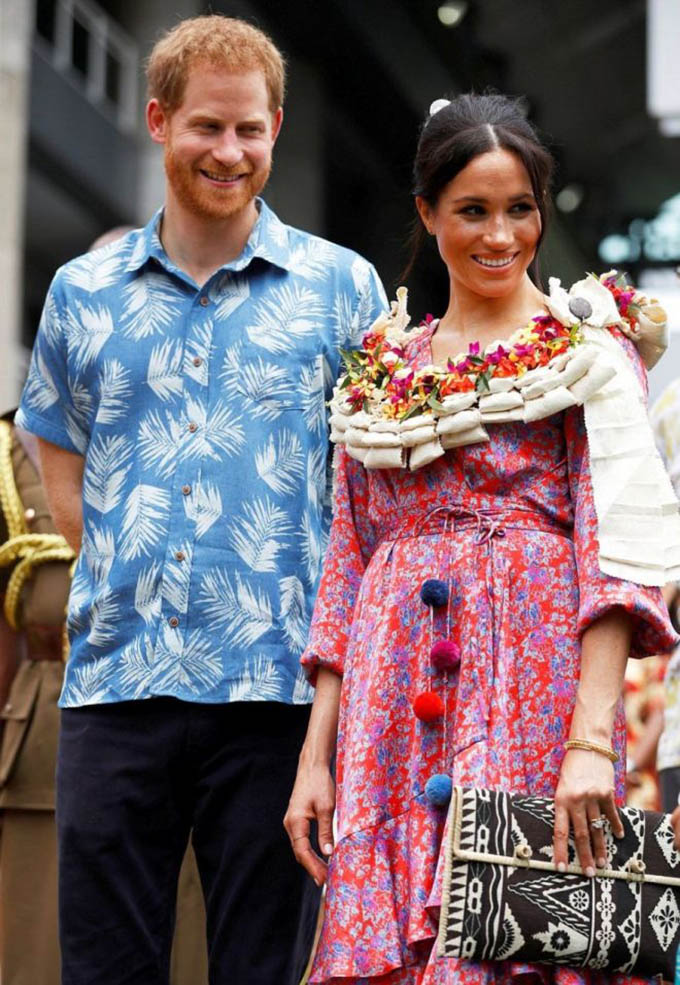 The Duke and Duchess of Sussex outside the University of the South Pacific’s Japan-Pacific ICT Centre on Laucala campus in Suva. Image: Wansolwara

By Mereoni Mili in Suva

Meeting the Duke and Duchess of Sussex in person was a humbling experience this week for specially selected students from the University of the South Pacific, including two first-year student journalists Apenisa Vatuniveivuke and Dhruvkaran Nand.

Vatuniveivuke, who is an undergraduate student majoring in journalism and law, said he was pleased to be one of 10 students from the Faculty of Arts, Law and Education chosen to speak with the royal couple about their involvement in empowerment projects, women’s development and climate change advocacy.

“I was in the second group on youth leadership to meet the Duchess of Sussex. We were introduced to the Duchess by her escort,” he says.

“But we had a chance to speak to her. I introduced myself, my area of study and the work I was engaged in with civil society organisations and political parties especially working to get young people’s voices in national discussions,.”

“And she said, ‘Oh, that’s so wonderful. I think more young people should get involved’.

“We had a small display about a marginal man – half-Pacific Islander and half-modernist. Our message through that was to show when we come to USP, we come to get educated but at the same time we try not to forget our culture.

“We were advocating on those types of platforms to ensure that when young people are educated they won’t forget where they’re from. The Duchess of Sussex’s reaction to our theme was wonderful.

Other student journalists were in the audience to witness the inaugural speeches while other journalism alumni were part of the accredited media team covering the royal tour in Fiji.

Solomon Islands student Cynthia Hou, 22, was another youth leader who was given an opportunity to meet the Duchess. 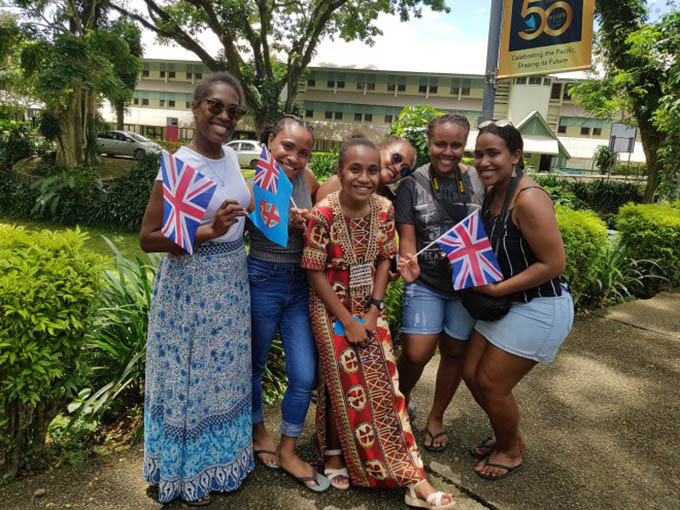 “It was an overwhelming experience because I’ve only seen her in magazines and on television. She encouraged me to continue the work I’m doing and to look into issues facing the Pacific.

“It was like a dream that went by so fast but the feeling is indescribable,” she said.

Another student, Sheenal Chand, 20, dubbed her encounter with the royals as an “amazing experience”.

Youth empowerment
“It was one I never thought would be so good. I spoke to her about the youth empowerment work I’m involved in and how our voices as young people can make a difference especially when highlighting issues such as climate change,” Chand said.

Inside the Japan-Pacific ICT Centre, the couple witnessed a cultural performance on the effects of climate change in the Pacific by Oceania Dance group.

The event was live streamed to several USP campuses in the region.

Mereoni Mili is a final-year journalism student at the University of the South Pacific’s Laucala campus reporting for Wansolwara. She was one of 250 students chosen to be part of the audience inside the USP Japan ICT Lecture Theatre. Wansolwara and the Pacific Media Centre have a content sharing partnership. 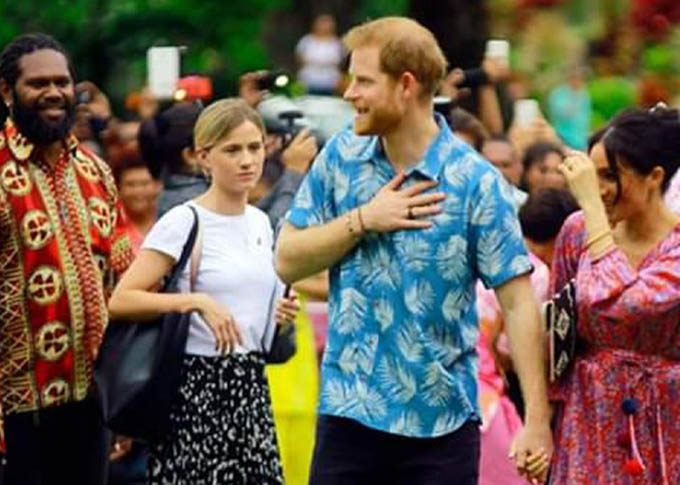 USP Journalism student Apenisa Vatuniveivuke was one of 10 students from USP’s Faculty of Arts, Law and Education chosen to meet the royal couple at Laucala campus. Image: Wansolwara