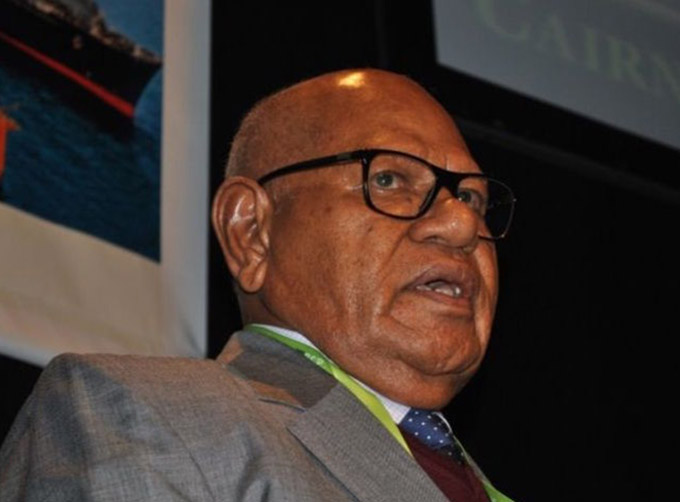 The people of Bougainville should present a unified front at the dawn of the referendum to secure a viable option of self-determination, says Autonomous Bougainville Government President Dr John Momis.

If Bougainville can secure more than 90 percent of the popular vote next year, it would have the bargaining power to negotiate with the Port Moresby national government, he added, reports The National.

“After the referendum vote, we will still have to negotiate with the national government before the referendum result is ratified by parliament,” Dr Momis said.

“Securing a majority vote on one option of the referendum question secures support from the international community and it proves to the national government that this is what our people have chosen as the new path for our future.

“Apart from presenting a unified front, it is imperative that we implement the Bougainville Peace Agreement.

“It does not matter if the government is failing to honour the peace agreement, we must continue to strive to implement it so that when it comes to the ratification of the outcome of the referendum, we can proudly say that we implemented it in its entirety.”

Dr Momis said it was the moral and legal obligation of the Bougainville government to honour the peace agreement despite capacity constraints which had hampered the full implementation of the autonomous arrangements on Bougainville.

He urged factions who have been causing problems for the government to end their dissension.

“We must realise that we stand on the threshold of a definitive period in our history yet we continue to be diametrically opposed to the government and the rule of law,” Dr Momis added.