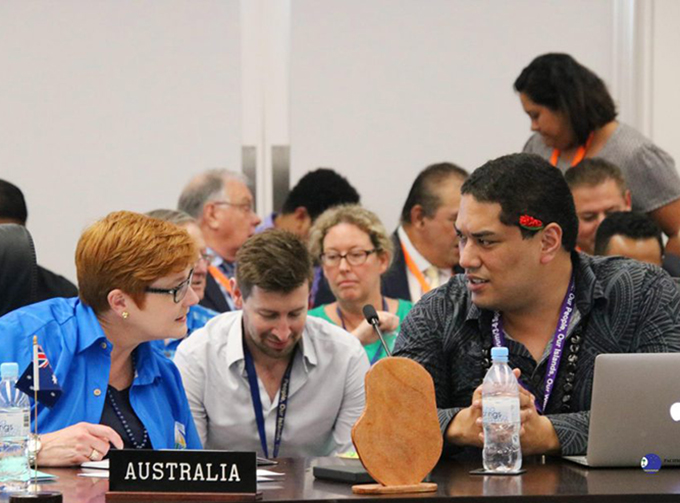 By Joanne Wallis in Nauru

During the leaders’ retreat lunch break on Wednesday, Nauru President Baron Waqa joined a group of local elders to serenade Ardern with a song titled “Aotearoa our friend, Jacinda new star in the sky’”.

Payne was never going to be described in such warm terms. After just over a week in the job, she had to convince Pacific leaders that Australia remained committed to being the region’s “principal security partner” when the new prime minister, Scott Morrison, had chosen not to attend.

Morrison’s absence, and his non-appearance at the April 2018 Forum Economic Ministers’ meeting, suggest that Australia’s continued claims about prioritising the region might be more hyperbole than fact.

The PM’s failure to attend this week’s gathering also undermines Australia’s claimed recognition of the importance of building people-to-people links.

Although Payne is the person in Cabinet most likely to continue Julie Bishop’s positive approach to the region as foreign minister, she was hamstrung at the meeting by Australia’s hypocritical policies.

The centrepiece of Wednesday’s leaders’ meeting was the signing of the Boe Declaration, designed to update the 2000 Biketawa Declaration on regional security.

The Boe Declaration articulates an “expanded concept of security inclusive of human security, humanitarian assistance, prioritising environmental security, and regional cooperation in building resilience to disasters and climate change”. It’s a sad irony that this commitment to “human security” was signed only kilometres from Australia’s offshore processing centre where the human rights of refugees are regularly violated.

This expanded concept of security also highlights the different priorities of Australia and its Pacific Island neighbours. Australia is focused on strategic concerns, particularly the increasingly crowded and complex geopolitics of the region, which has negative effects in the Pacific islands.

Samoan Prime Minister Tuilaepa Sailele Malielegaoi warned in a speech in Sydney last week that the region is “seeing invasion and interest in the form of strategic manipulation”.

“The big powers,” he declared, “are doggedly pursuing strategies to widen and extend their reach and inculcating a far-reaching sense of insecurity.”

The biggest challenge facing Payne was the reality of Australia’s climate change policies. The Boe Declaration identifies climate change as “the single greatest threat to the livelihoods, security and wellbeing of the peoples of the Pacific” and reaffirms forum members’ “commitment to progress the implementation of the Paris Agreement”.

Payne faced a tough job convincing Pacific leaders that Australia is genuinely committed to meaningful action on climate change when her prime minister is a known advocate for coal-fired power and the government refuses to adopt an explicit strategy to meet its Paris Agreement targets.

There is scope for Australia to improve its relationships in the region. For example, the Boe Declaration reaffirms forum members’ commitment to the idea of the “Blue Pacific”, which is intended to highlight the “collective potential of our shared stewardship of the Pacific Ocean”.

Australia already does valuable and valued work to help Pacific island states protect their ocean territories through its Pacific Maritime Security Programme, under which it provides patrol boats and personnel to regional states. It’s now looking to bolster that with expanded aerial surveillance, with a particular focus on fisheries and, increasingly, undersea natural resource management. 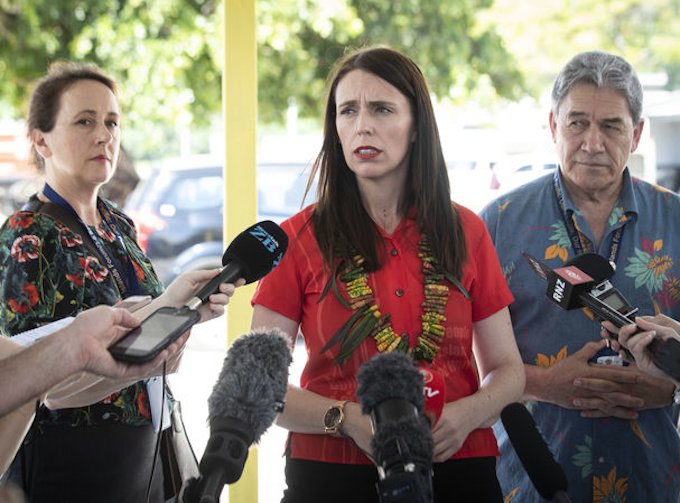 The wider understanding of security outlined in the declaration also specifies “humanitarian assistance” as a priority. Australia is already the primary provider of humanitarian and disaster relief (alongside New Zealand), which it can continue and expand.

The declaration identifies “transnational crime” as another priority, an area in which Australia provides significant support and which is likely to be enhanced when the proposed Australia Pacific Security College is established to train security and law enforcement officials.

The declaration specifically mentions the need to “improve coordination among existing security mechanisms”, which is likely to be assisted by Australia’s proposed Pacific Fusion Centre to connect regional security agencies.

And the declaration highlights the need to promote the “prosperity of Pacific people”, to which Payne’s signing this week in Nauru of agreements with Samoa, Solomon Islands and Vanuatu to join the Pacific Labour Scheme (Kiribati, Nauru and Tuvalu are already members) will hopefully make a contribution.

However, this week’s forum leaders’ meeting again highlighted the counterproductive nature of Australia’s approach to the Pacific islands.

Bishop worked hard to build bridges with the region when she was foreign minister, and was instrumental in formulating Australia’s policy of “stepping up” its engagement with the Pacific islands, but those positive developments are undermined by Australia’s declared policy positions.

While it’s unlikely that Payne (or any Australian leader) will be serenaded by Pacific leaders soon, Australia at least needs to be singing from the same song sheet as the region, particularly when it comes to climate change.

Joanne Wallis is a senior lecturer at the Strategic and Defence Studies Centre at the Australian National University and the author of Pacific power? Australia’s strategy in the Pacific Islands.