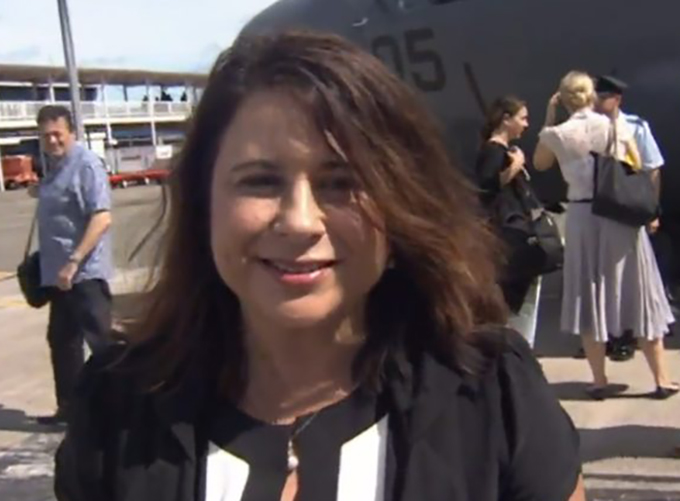 TVNZ’s Barbara Dreaver … a respected Pacific correspondent who has reported the region for many years. Image: TVNZ screenshot

TVNZ said Dreaver was conducting an interview with a refugee when detained by police early this afternoon.

An official from the Ministry of Foreign Affairs and Trade was with Dreaver but TVNZ reported that it was unsure of her whereabouts.

The Nauru government had limited the journalists covering the summit and placed restrictions on those who got approval to go, limiting who they could talk to and what issues they could discuss.

The Australian Broadcasting Corporation (ABC) was also banned from covering the Forum summit after the Nauruan government accused the public broadcaster of “continued biased and false reporting” about the country.