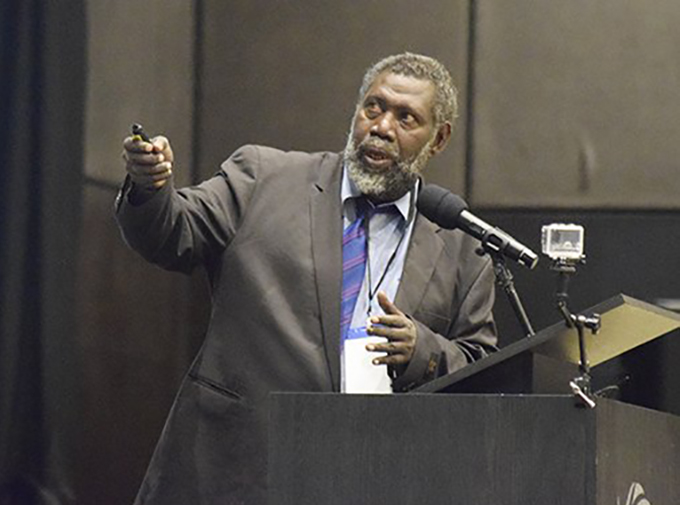 A former Bougainville regional vice-president has condemned Australia for political interference over the independence referendum process, saying Canberra would be better served dumping their diplomatic and aid corps in favour of “a drunk rugby team”.

Bougainville is preparing for a referendum on independence to be held on June 15 next year.

Joseph Watawi, Bougainville Member for Selau and former vice-president of the Autonomous Bougainville Government (ABG), Joseph Watawi has accused Canberra of “tokenistic efforts” and contrasted Australia with New Zealand’s “trusted and respected” role because of its cultural awareness.

“Without consultation, the Australian government has sent ‘advisers’ to all of our political offices while making only tokenistic efforts to actually help the people here,” he said in a statement.

Watawi said the “top down approach” of the Australians in “attempting to hijack our political system merely confirms the suspicions of many Bougainville people that the Australian programme is one of spying and jockeying for position over our natural resources in the lead up to next year’s independence referendum”.

Real task
The real task facing the Australian government and their representativeness was to deal with Australia’s legacy issues.

“It was the Australian-owned mine at Panguna that started the Bougainville war that led to the deaths of at least 10,000 Bougainvilleans and it was Australian helicopters and pilots who contributed to that death toll [by] shooting people from the air and burning villages,” Watawi said.

“Australia [had] also contributed to the naval blockade of southern Bougainville, stopping essential food and medical supplies from reaching civilians in the conflict area.

“In the past 10 years we Bougainvilleans have put a lot of work into the reconciliation process among our various factions and language groups. Australia, as one of the key causes of the war, has been noticeably absent from this process.

“If you go to the Panguna [mine] pit today and ask the women who are the traditional landowners there they will tell you that in the life the wealthiest mine on the planet at the time, they did not get paid enough to buy food from the mine supermarket

“If Australia is genuine about rebuilding its relationship with us they need to send us useful people like nurses, doctors, teachers, engineers – not bureaucrats,” Watawi said.

“Australia would have won more power and influence here if they had sent us a drunk rugby team rather than their current batch of bureaucrats.

“Compare this to New Zealand [which has] slowly and carefully with great cultural awareness built the Bougainville police force and law and justice sector since the signing of the peace agreement in 2001,” Watawi said.

“The result is that New Zealand is a trusted and respected international partner and member of our community.”

How smart were our ancestors? Turns out the answer isn’t in brain size, but blood flow

Yes, this continent was invaded in 1788 – an international law expert explains

How smart were our ancestors? Turns out the answer isn’t in...

Yes, this continent was invaded in 1788 – an international law...

How a year of trying to buy nothing made me a...