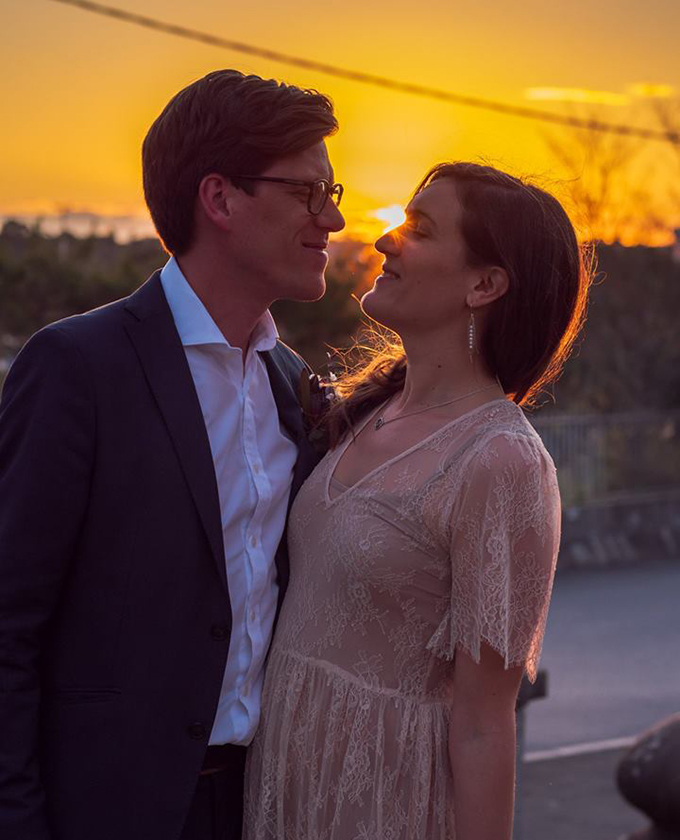 An Australian doctoral researcher whose honeymoon plans in Indonesia included a cultural festival in the insecure Papua region has been deported after Indonesian officials accused her of being a journalist, a news agency reports.

Belinda Lopez, a fluent Bahasa speaker, is back in Australia with a week left of her holiday but her plans ruined.

Her husband had already been barred from boarding the flight to Bali because his Dutch passport had less than six months validity. She was forced to fly alone.

Lopez told the Jakarta correspondent of the US-based  Associated Press agency she had been detained on arrival in Bali on Friday and had been told she would be deported on a 10pm flight on Saturday.

She told of her ordeal at the weekend on social media, saying immigration officials wanted to know if she was a journalist and repeatedly asked her if she had “done something bad to Indonesia.” 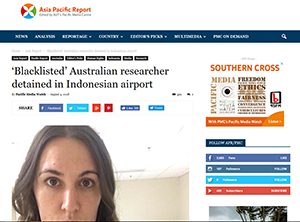 Almost a decade ago she was a subeditor for English-language newspapers in Jakarta and had produced podcasts for Australia’s state broadcaster ABC Radio National This Is About programme.

As a former journalist she was described on a website as having won awards as a producer for Radio Netherlands Worldwide in 2012 and 2013.

‘Emerging creators’
“As an educator and producer, she has worked with several not-for-profit organisations, encouraging emerging creators and local communities to tell their own stories,” the website said.

She is currently a PhD student at Sydney’s Macquarie University, researching the cultural experiences of migrants to Java, Indonesia’s most populous island.

“It’s the first place I moved to as an adult, have visited so many times since, to learn the language and to visit people who have become some of my best friends in the world,” she said in a WhatsApp message.

Her holiday plans included the Baliem festival in the Melanesian region of Papua that Indonesia strictly controls, including restricting foreign journalists, diplomats and aid workers from visiting.

A pro-independence insurgency has continued in the Melanesian region since it was annexed by Indonesia in the early 1960s.

Lopez told AP she had been refused a visa renewal two years ago in Papua because officials suspected she was a journalist. At that time they said she could not re-enter Indonesia for six months, according to Lopez.

The head of the Immigration Office at Ngurah Rai airport in Bali, Amran Aris, said Indonesia’s military had added Lopez to a government blacklist as a “covert journalist”.

He said he couldn’t give other details because it was a state secret.

“We only carry out the duties as her name is listed on the government’s blacklist, so we have to refuse her entry,” said Aris.

He said it was high time Indonesian authorities dropped its “paranoid” and “secretive” policy and allowed an open door with journalists and researchers freely visiting the two provinces of Papua and West Papua.

Word from The Hill: Biden impressed by Albanese’s energy (even if the Liberals weren’t)

Below the Line: Has Australia’s political landscape changed forever? – podcast

Halsey’s record label won’t release a new song until it goes viral on TikTok. Is this the future of the music industry?