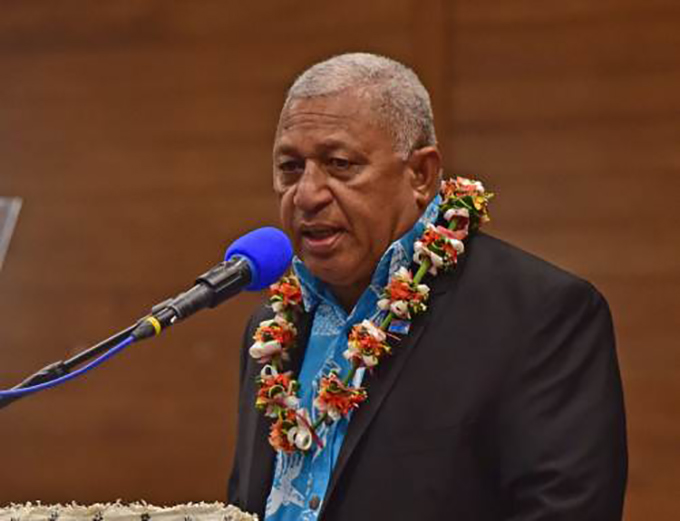 Fiji’s prime minister Voreqe Bainimarama has again hit out at opposition parties, calling them liars and accusing them of sowing division in the ethnically diverse country.

Bainimarama devoted much of his speech at the opening of a provincial council meeting in Fiji’s west to sharp criticism of his opponents.

He accused them of infighting, peddling lies and promoting hatred between different religious and ethnic communities.

In his most critical speech yet during election year, Bainimarama spoke out against talk of a Muslim or Chinese “takeover” of Fiji.

He said it made him angry to hear of Muslims being pitted against Hindus and provincialism in the indigenous iTaukei community.

Sayed-Khaiyum defended
He defended the Muslim Attorney-General, Aiyaz Sayed-Khaiyum, who he said had made great contributions to Fiji’s development and was a trusted partner and friend.

Bainimarama said Fiji Muslims, like every other citizen, were an integral part of the nation.

He said there was no chance of a Chinese takeover in Fiji and Fiji owed China only 10.6 percent of total national debt.

The prime minister said his government had delivered genuine change and that would be seen in the budget due to be delivered today.

With the election date still to be announced, Bainimarama urged people to use their vote wisely.