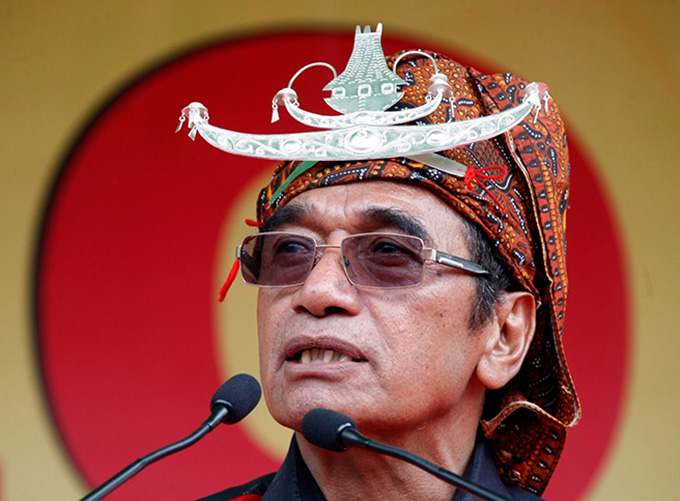 President Guterres will be welcomed by President Joko Widodo at Bogor Presidential Palace, West Java, on Thursday, where the two of them will hold talks on strengthening bilateral relations.

“We see Timor-Leste as one of the closest neighbouring countries, so we have a close relation in the aspects of history, economic cooperation, as well as people to people contact,” Foreign Ministry spokesman Arrmanatha Nasir told journalists during a press briefing in Jakarta.

Francisco Guterres is chairman of the Fretilin Party, who won the presidential election in March 2017 with 57 percent of the votes from eight competing candidates. He succeeded the previous president, Taur Matan Ruak.

He had previously, and unsuccessfully, run for the presidency twice. Last year, with the backing of Timor-Leste’s founding father, Xanana Gusmao, he won decisively.

At his swearing in on 19 May 2017, Guterres pledged to assert Timor-Leste and its “principles and values” on the world stage, promoting peace, prosperity, environmental protection and the elimination of poverty, reports Antara.

Further, the country would pursue bilateral relationships of mutual respect, regardless of the size of each nation, he told The Guardian.

Potential cooperation
Indonesia sees Guterres’ visit as an opportunity to discuss potential cooperation that can be developed between the two countries, especially in infrastructure, energy, finance, banking, pharmaceuticals and tourism.

Some issues that Indonesia seeks to accomplish include cooperation related to taxes, investment protection and connectivity, reports Antara.

“We want to improve flight connectivity from Indonesia to Timor-Leste,” Nasir noted.

Sharing the island of Timor, the economy of Indonesia and Timo- Leste are very connected to each other.

Currently, nine Indonesian state-owned enterprises and hundreds of Indonesian companies are operating in Timor-Leste, investing about US$600 million in 18 projects there.

Also, both countries share a border market which sells a wide range of necessities, with a considerable turnover value.

“Indonesia is currently exploring cooperation to build a toll road in Timor-Leste, but I do not have the details yet,” Nasir added.