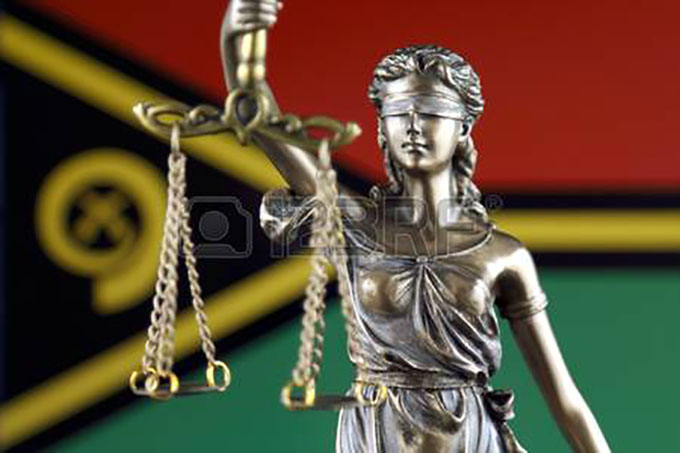 By Royson Willie and Kizzy Kalsakau in Port Vila

Vanuatu’s Supreme Court has asked the police and immigration to release Fijian citizen Mohammed Rizwan and to substantiate the claim that he is a wanted man in Fiji.

Rizwan’s lawyer, Frederick Loughman, confirmed that yesterday’s conference in chambers saw the court directing for the relevant documentation from Fiji to be made available by June 12.

After the documents are submitted to the court as ordered by the court on Wednesday, then the matter would be listed for trial.

An application for contempt would be heard after this matter is heard.

One of the grounds for the application for contempt was that the agents of the government did not provide any formal legal instrument from the government of Fiji to substantiate their new grounds for deportation or the claim that Rizwan is a wanted man in Fiji.

Minister of Internal Affairs Andrew Napuat said the Immigration Act section 53 said the minister could carry out the removal of non-citizen without notice if the person was a wanted person in another country.

“We’re following what the law says.”

The minister confirmed that Rizwan has a valid residence visa.

“He’s entitled to live in Vila but we don’t have a copy of his police clearance ever since he arrived.

“That’s something that we’re still investigating.

“We need that to come and other supporting documents from Fiji about his cases and that the Fijian authorities want him in Fiji so they can settle outstanding matters they have against him,” the minister alleged.

The minister said Rizwan’s detention and supervision after being discharged from the hospital was done by immigration officers.

“We don’t have any personal issues with the foreigners we’re dealing with.

“The funny thing though is when we are trying to implement the law and safeguard the interest, the sovereignty of Vanuatu and their nation there are some people that don’t see the logic behind the work the government is doing.

“Even if they are lawyers or politicians, they need to ask themselves, what do they want for this country?

“That’s the most important thing.

“Do they want this country to be a home for criminals, illegal immigrants, overstayers, those that do not have the appropriate papers to come into the country and work here?

“I believe that money should not be the factor that will drive the citizens of the country to do what they want to do.

“They need to look higher into seeing their country, their future, the future of the people, their children.

“It’s sad to see that when the government is trying to do things according to law and trying to protect the sovereignty and interest of the people, some people don’t see that as important,” the Internal Affairs Minister said.

The lawyer representing Rizwan had said his interest was to see that the law was adhered to at all times, even if it was a deportation carried out by the government, it must be done within the confines of Vanuatu laws.