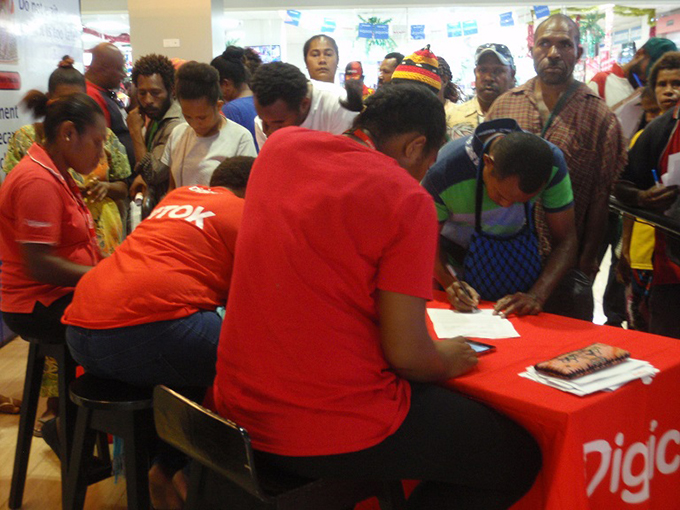 This will give more time for citizens to register their mobile phones, thus ensuring that they are able to make phone calls, send and receive texts messages, and so on, after the new deadline is reached.

Digicel has been offering incentives to customers to register, such as free air time.

The other two telecommunication companies are also continuing to register their customers, and attempting to inform customers about the need to register through radio advertisements and other means.

In neighbouring Indonesia, the deadline was February 28, 2018, and then more than 100 million SIM cards were partially blocked, before a further deadline of April 30, 2018.

In that case, registration could be done online, through text messaging, at a call centre, or in person.

Mobile phone users in PNG need to visit a store or an agent and have their photograph taken as part of the registration process.

According to The National daily newspaper, the devastating earthquake that hit several Papua New Guinean Highlands provinces in February, was one reason why the minister decided to further extend the registration deadline.

The initial deadline was on January 23, but this was extended to April 30.

Threatened deactivation of SIM cards on that day did not go ahead due to a court injunction, which is no longer in place.

The telecommunications regulator NICTA says its action is a necessary step in the process of registering mobile phone users in order to address harassment through anonymous text messages and phone calls, sharing of unwanted pornographic images, and other abuse of mobile phone services.

Dr Amanda H A Watson is a lecturer at the Development Policy Centre of the Crawford School of Public Policy, Australian National University (ANU), and a visiting lecturer in public policy at the University of Papua New Guinea (UPNG) as part of ANU’s partnership with UPNG. She is also an occasional contributor to Asia Pacific Report.