About 50 people staged a “wall of noise” protest in Auckland’s port today in a bid to shut down the Israeli “festival of oppression” marking 70 years of illegal occupation of Palestinian land.

Protesting at the Silo Park over what Palestinians regard as the Nakba – “the catastophe” – when the state of Israel was established in 1948 through “ethnic cleansing” of an estimated 750,000 to one million indigenous Palestinians.

The Palestinians were forced to become refugees in a Jewish-majority state in Palestine and the day – 14 May 1948 – is regarded as Israel’s independence day.

“The Nakba isn’t just a crime of the past,” said Auckland Peace Action group spokesperson Valerie Morse, one of the organisers. “The repression is ongoing.”

The Pacific Media Centre’s Rahul Bhattarai and Del Abcede were at Silo Park to capture the protest in pictures. 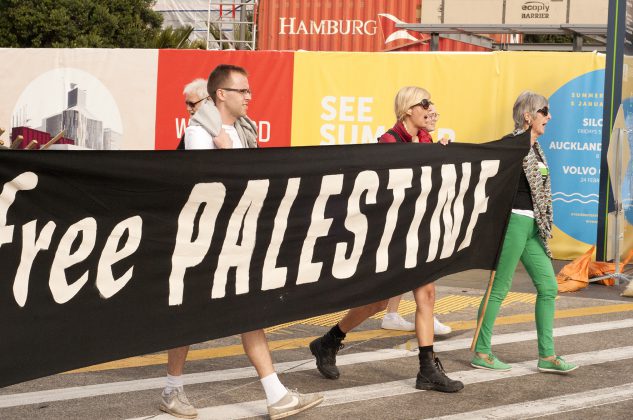 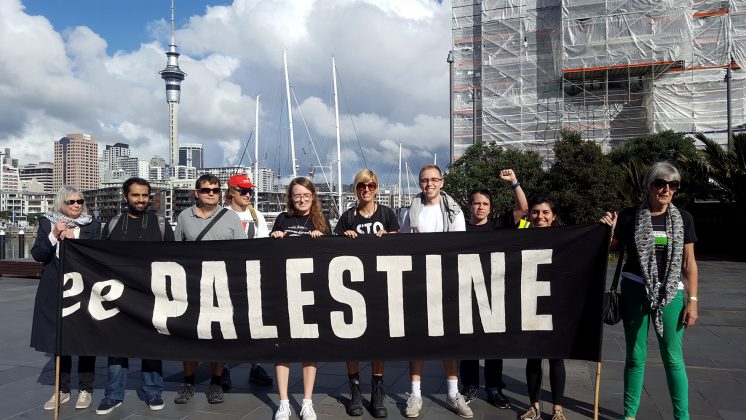 2. Getting ready for the march. Image: Del Abcede/PMC 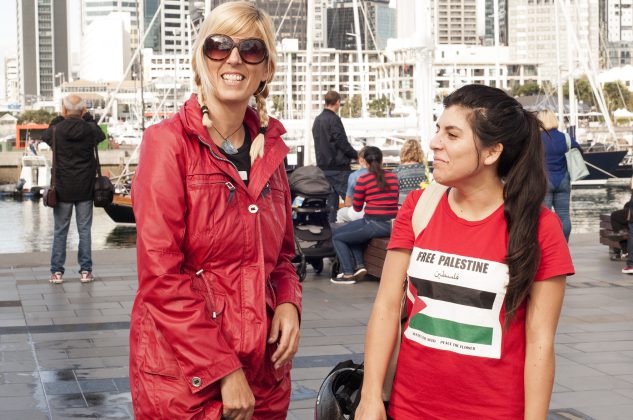 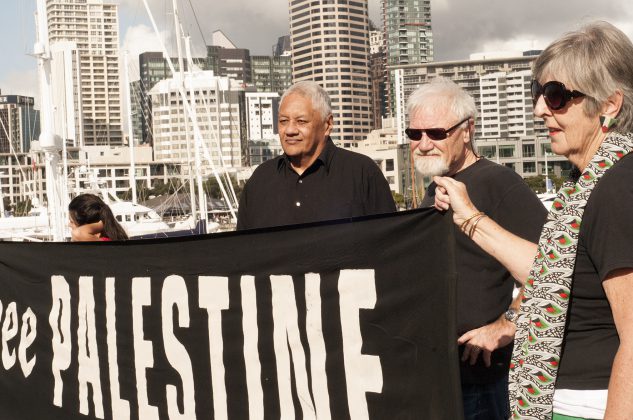 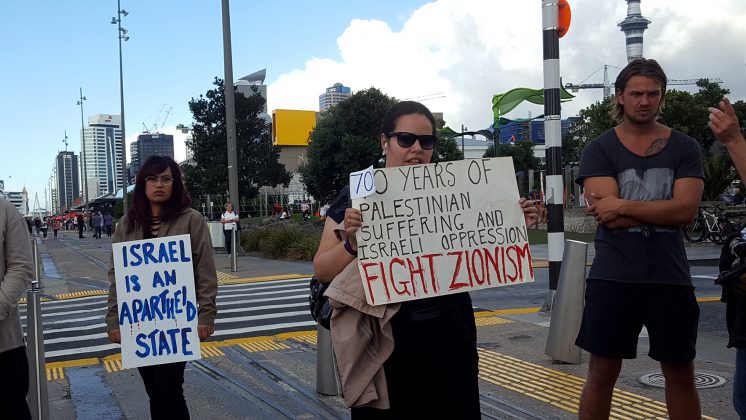 5. Protesting against Zionist oppression for 70 years through the Israeli occupation of Palestine. Image: Del Abcede/PMC 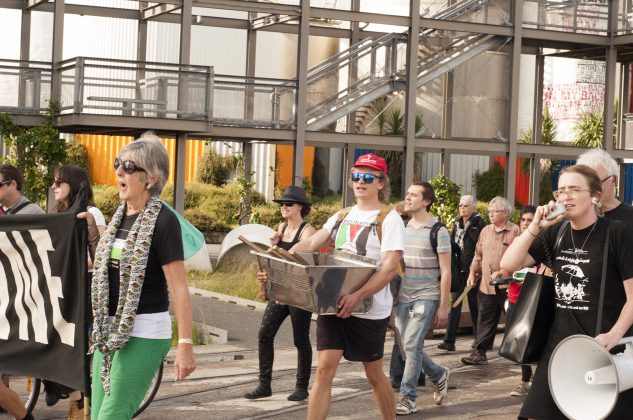 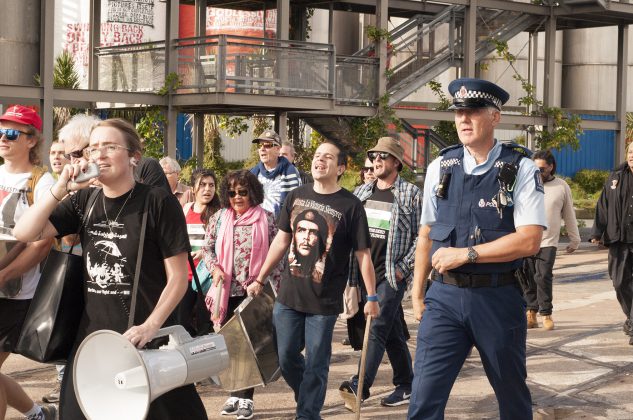 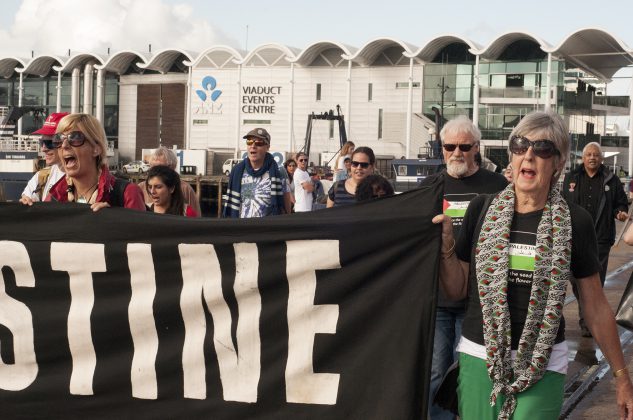 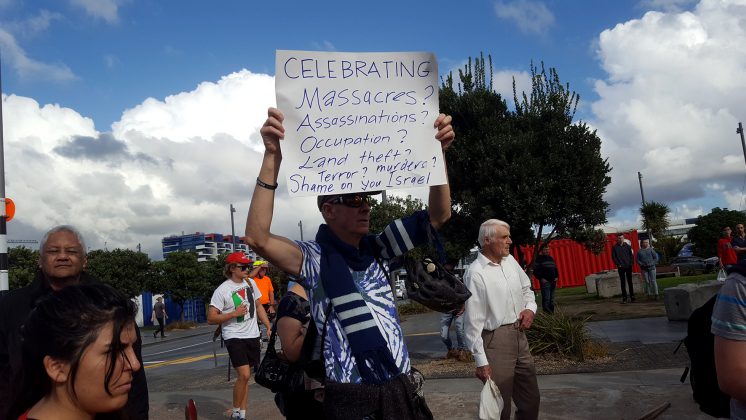 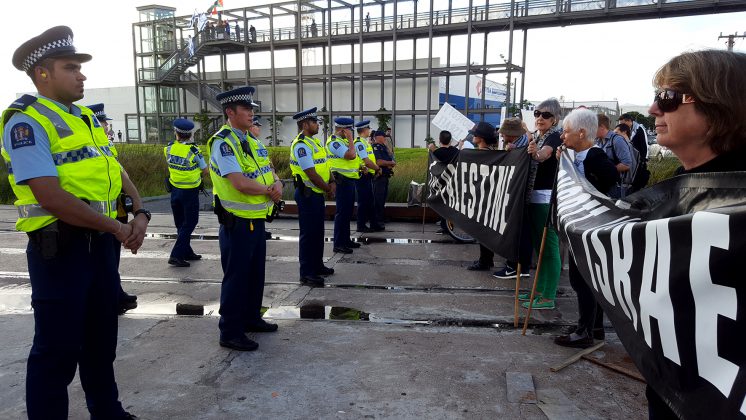 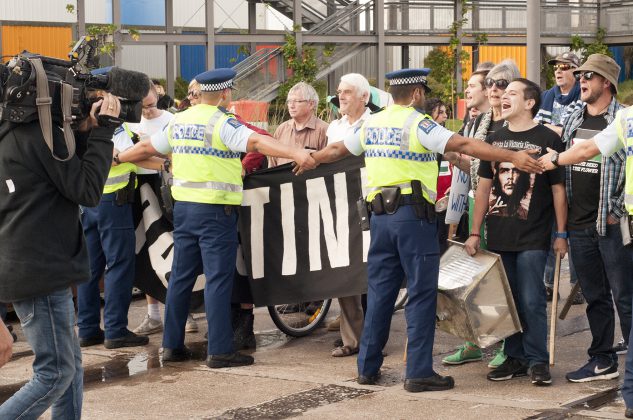 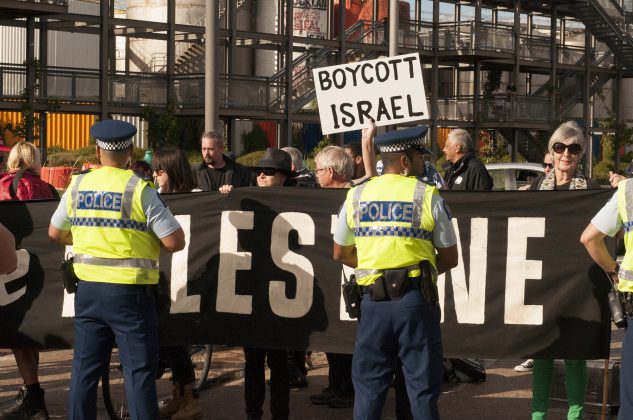 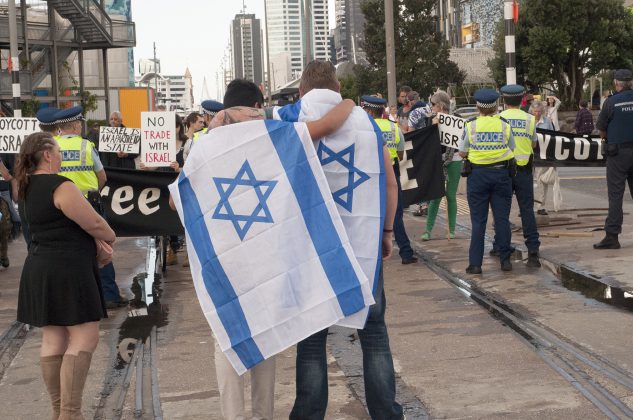 13. Zionist counter-protesters breach the “safe zone” under the oblivious eye of the police. Image: Rahul Bhattarai/PMC 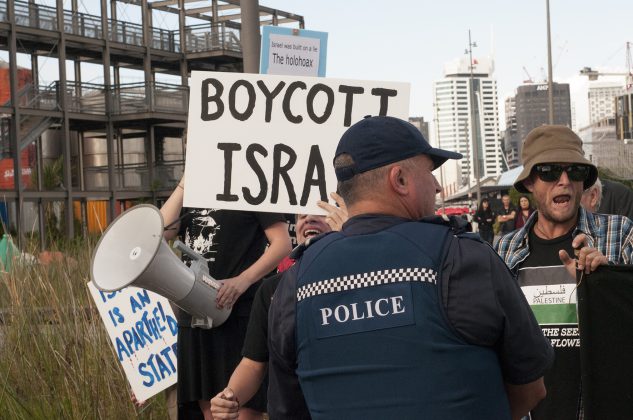 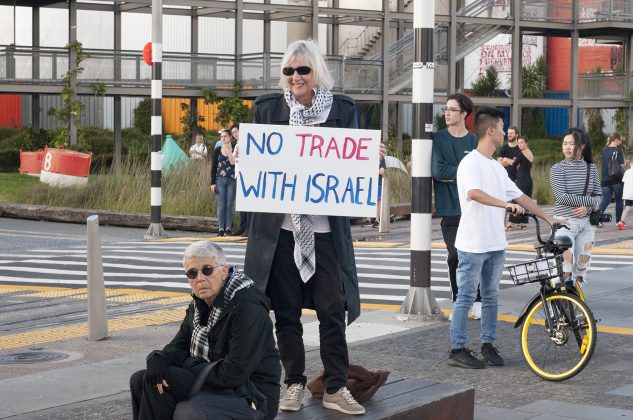