FLASHBACK: The controversial feature film Rebellion, screened at the 2012 NZ International Film Festival by director Mathieu Kassovitz and featuring some Kanak relatives of the victims, relates the story of the 1988 Ouvea cave massacre. Video: Nord-Ouest Films

French President Emmanuel Macron has visited the island of Ouvéa in New Caledonia on the 30th anniversary of the bloody end of the 1988 hostage crisis, reports RNZ Pacific.

Facing opposition by some Kanak families, the president altered Saturday’s programme marking the May 5 ending to the two-week cave siege and refrained from laying a wreath at the grave of the 19 Kanaks killed by the French security forces.

Macron is the first French president to visit Ouvéa but members of one tribe warned that his presence on the anniversary was unwanted and would be seen as a provocation.

Instead, he took part in a ceremony at the site, planting a coconut tree.

He said to forget the events would be another wound for the mourning families.

Earlier in the day, he paid tribute at the tomb of the French security forces killed during the hostage drama.

Macron then also went to the grave of the two Kanak pro-independence leaders, Jean-Marie Tjibaou and Yeiwene Yeiwene, who were assassinated a year later on 4 May 1989. 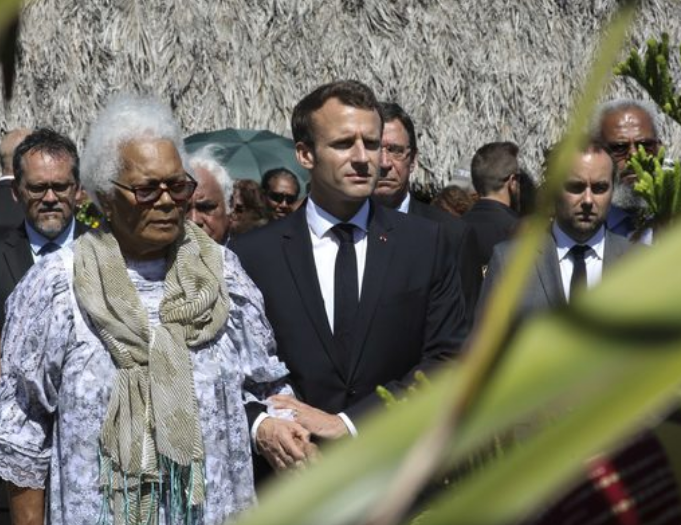 Tight security
Security was tight, with police blocking an access road and checking travellers amid concern over possible disturbances.

The hostage crisis in 1988 was a turning point in the pro-independence campaign of the indigenous Kanaks because it ushered in reconciliation talks which led to the Matignon Accord.

The Accord expires this year with a referendum on November 4 on whether New Caledonians want to attain sovereignty and assume the remaining powers, such as defence, judiciary, policing and monetary policy.

The Ouvéa hostage crisis, which also claimed the life of six French gendarmes, has remained a sensitive issue.

A feature film based on the events, which happened to coincide with the French presidential race between Francois Mitterrand and Jacques Chirac, could not to be filmed on Ouvéa.

The film Rebellion (English title) was subsequently shot in French Polynesia, but on its release in 2011 cinema operators in Noumea refused to screen it.

At the time it was alleged it could cause resentment and weaken the forces of consensus.

The film was screened in the NZ International Film festival.