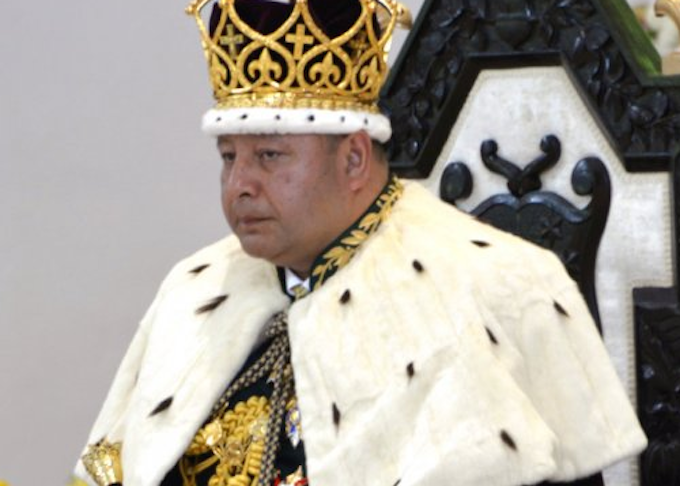 By Philip Cass of Kaniva News

The King of Tonga has no right to judge the merits of legislation passed by Parliament, according to a New Zealand constitutional legal expert.

Dr Rodney Harrison said that under the 2010 Constitution, review and evaluation of the merits of legislation passed by the General Assembly did not fall within the scope of the king’s powers of sanction and signature.

Dr Harrison said the king had withheld or deferred his signature from a number of pieces of legislation because it was deemed to be inappropriate or unconstitutional.

He said the new Constitution excluded the King and Privy Council from the role of governing the Kingdom.

He said judgements about whether legislation was constitutional went against the doctrine of the separation of powers and the role and independence of the judiciary.

He said the Royal Assent Order 2011, under which the King and Privy Council purported to act, was therefore invalid.

Dr Harrison was asked to give an opinion on the legality of the Royal Assent Order 2011 by the Prime Minister’s Office.

Real problem
However, Dr Harrison said challenging the validity of the Order in court would not solve the real problem, which was the regular deferral or refusal of royal assent for legislation that had been approved by Parliament.

“The underlying problem is not the legal validity of the Royal Assent Order as such,” Dr Harrison said.

“The underlying problem is the view currently held by His Majesty or at least by the Privy Council and, in particular the Law Lords as His advisors, as to the extent of the King’s power to grant or refuse the Royal Assent conferred by Clause 56 of the Constitution.

“It is that in my respectful opinion erroneous view of the King’s constitutional powers that needs to be addressed, hopefully by reasoned persuasion or if not, by judicial ruling.”

Dr Harrison said the old Tongan constitution made it clear that the three arms of government had to be kept separate as a safeguard for the proper running of the country and the safeguarding of the liberties of its people.

The Royal Assent Order 2010 challenged the underlying assumptions of the Tongan constitution. The Order allowed the King to appoint privy councillors as advisers and a Judicial Committee had also been established by the Privy Council in 2011.

Dr Harrison said any powers and functions conferred on any such committee, must be consistent with the overall scheme of the Constitution and any other statutory or fundamental legal principle.

King’s signature
Clause 41 of the Constitution required that “Acts that have passed the Legislative Assembly” must “bear the King’s signature before they become law”.

He said that under the new Constitution the king did not have complete discretion to refuse to sign an Act that had been passed by the Legislative Assembly.

He said changes to the constitution in 2010 had shifted the balance of power from the king to Parliament. This meant that the king should exercise his veto on legislation only in “truly exceptional circumstances and for compelling reason.”

Problems had arisen because the king had deferred assent to legislation passed by Parliament on the advice of Privy Councillors and the Law Lords appointed by the king to the Judicial Committee.

Dr Harrison said the Law Lords played no specific constitutional role, other than that of providing the King with advice.

They could not be permitted to operate de facto as judicial officers and did not have any constitutional function or role as scrutineers of legislation or the legislative process.

“The most fundamental problem with the Royal Assent Order is that it purports to confer on the Judicial Committee and ultimately the Privy Council power to review Acts duly passed by the Legislative Assembly and ultimately to determine whether each such Act is an ‘appropriate’ or ‘inappropriate’ recipient of the Royal Assent; and whether any such Act is or even may be unconstitutional,” Dr Harrison said.

“The ‘inappropriateness’ assessment falls foul of the new Constitution’s exclusion of the King and Privy Council from the role of governing the Kingdom. The constitutionality assessment does likewise, and in addition offends against the constitutional separation of powers and specifically the role and independence of the judiciary.

Dr Harrison said the Royal Assent Order was also invalid because it purported to confer the ultimate power of decision and assessment on the Privy Council, when it was only intended to provide a mechanism for giving advice to the King.

Media academic Dr Philip Cass is an adviser to the Kaniva News website. This article is republished by arrangement.