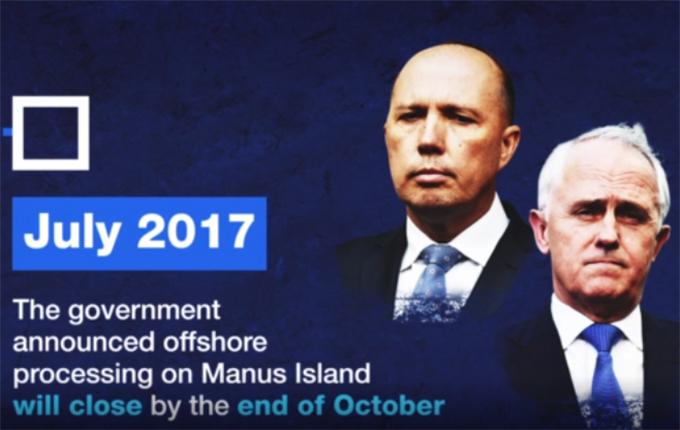 By Nick Baker of SBS News

The Australian government has been slammed for a lack of transparency amid news that the healthcare provider for refugees on Manus Island will wrap up its work today.

The International Health and Medical Services (IHMS) has been providing healthcare for refugees on Manus for several years but their contract is due to expire today.

However, despite the end date, the government did not publicly indicate a new provider was confirmed until last Friday. Although details remained scant.

“Individuals will continue to have access to appropriate primary health services,” it said.

A spokesperson from IHMS confirmed the April 30 end date but said “it will, however, maintain a core group of staff in Manus and Port Moresby to support the transition to a new health service provider”.

New provider
But neither the Department of Home Affairs or IHMS would say who the new provider would be, leaving open questions about the quality of the care.

Greens Senator Nick McKim said Australians were once again “in the dark” about the treatment of refugees on Manus.

McKim said getting information from the Department of Home Affairs was “like getting blood from a stone”.

“And of course that’s deliberate and part of the intent of establishing Australia’s offshore detention system in the first place – to drop a veil of secrecy over what’s happening in those places.”

He said although IHMS had a very checkered history, there was now a danger of gaps in health care over the coming months and beyond.

“Ultimately the risk is yet more people will come to harm … as a result of Peter Dutton’s negligence.”

McKim said the use of Manus and other offshore immigration detention facilities will go down as “one of the darkest chapters” in Australian history.

Refugee coordinator at Amnesty International Australia Graham Thom similarly expressed concerned around healthcare for those on Manus after today.

“Ever since the Australian government began shipping refugees out to detention centres on remote tropical islands, they have been trying to hide from the consequences of this cruel policy.”

“Withdrawing healthcare is Australia’s latest deplorable attempt to shift the responsibility for the suffering it has caused.”

“The health situation for refugees and asylum seekers in Papua New Guinea is already dire, but the end of the IHMS contract threatens to turn this into an all-out crisis.”

“The only way for Australia to ensure the health of the refugees and asylum seekers on Manus is to end offshore processing for good.”

SBS News coverage on the Pacific.